The Cyber Bully Inside All of Us

Home > Blog > Uncategorized > The Cyber Bully Inside All of Us 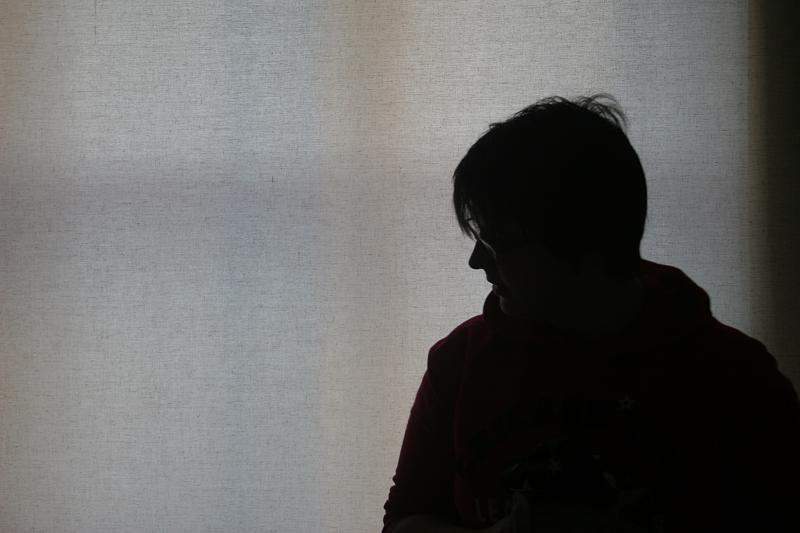 Almost everything I’ve ever posted, I published under a pen name.

Gretchen is my real first name, and Lida is the first name of my great-grandmother. I am a big stocky farm girl with red hair and shoulders perfect for carrying water buckets. Great Grandma Lida, on the other hand, was slight, dark-haired, and had a high-class sensibility.  She, the Thoroughbred: me, the draft horse.

Grandma Lida was a force. In the family portrait that hangs in the downstairs stairway of my parents’ house, she sits draping her arms over the chair behind her, smirking directly into the camera. She couldn’t have been more than 30 in that photograph and still, you can feel her presence.

It is a force I want when I write or climb on the back of a horse. When I think about my time in the saddle or at the writing desk, I do my best to remember this Annie Dillard quote: “One of the things I know about writing is this: spend it all, shoot it, play it, lose it, all, right away, every time. Give it all, give it now.”

When my writing is good, I am often shocked by my fearlessness. As if Gretchen Lida is a tougher, smarter, better version of me.

I have seen this same self with horses. This second self has faced flying hooves to cut a horse free from barbwire and has corrected stallions who lost themselves to a raging set of hormones. This better me has even come up in the magic of evenings in an arena where the only thing that connected me to a horse was a thin string of body language—and still, together, we danced.

I also write under a pen name because I know how much in the horse world is based on appearance and reputation. I know word of mouth sells more horses than the most expensive photoshoot.

There is an old cliché that goes if what you are writing scares you, then you are doing it right. I don’t know if this is always true, but I do believe that there is a certain vulnerability that is crucial to a good string of words. I am learning to find this vulnerability, but I do not think it is fair to expect this same sense of exposure for others in my life. I am not ok dragging those whose horses I ride or my family into the fray of my words. Because even the most carefully constructed stories can be misconstrued—a fact only magnified online.

And it happens when you least expect it.

Take earlier this summer. A young woman in Viroqua, Wisconsin became the victim of brutal attacks on social media after a few individuals posted videos of the horses she had just rescued. The La Crosse Tribune reports that the videos were used as evidence that the woman had neglected and abused the horses, when in fact, they had just been rescued and the woman was in the process of rehabilitating them. A vet came out and provided conformation that the horses were in good care and the local sheriff put out a restraining order against those who kept attacking her online.

It’s not just extreme cases either. This kind of abuse, both in realms of writing and horses, happens in mundane ways all the time.

I have lost track of the number of disclaimers I have seen where equestrians say, “sorry about the bad riding,” or “yes, I usually ride with a helmet.” It is as if shaming ourselves first will protect us from the onslaught of unsolicited advice and judgement.

But a mean comment is really just the little brother of darker things. I have helped friends change their passwords the night before controversial pieces came out. I have even helped writers reset privacy settings after they received startling messages from strangers on Facebook.

When my essay “Fat Girl Riding” was published, I was terrified of the feedback it might generate. I sent an email to a former teacher telling him I was worried. “Don’t read the comments,” he wrote back. “The trolls will die alone and friendless, as they live.” But what if the trolls found out where I slept?

If I am going to write well, I need to turn off the voice that constantly worries. I know that a nasty Facebook comment is likely the worst that will happen. Yet I don’t want my fear about protecting others or myself to silence me. When I found my pen name, I knew I found what I needed to cage the anxiety; I knew I found the confidence I needed to use my voice.

However, I still worry because my shield only protects me from the lazy, and those inept at Google. Then I remember that the moldy saddle truth in all of this is that the only bully we can truly stop is the one inside ourselves.

I, myself, have been a bully. I have said nasty things about peoples’ horses or their riding or their character, gossiped behind barn doors. I have mistreated people who didn’t deserve my mistreatment. I have done this when I felt powerless or frustrated. I have done this when I have felt inferior, unsafe or jealous. I have also done this because I felt it was expected of me. And sometimes, I was simply just being a jerk.

I am also guilty of remaining silent when I saw someone else being mistreated.

I’ve noticed that I am stronger, braver and kinder when I am in a space where I feel safe, loved and forgiven for my failures. This is mostly true on the Internet as well.

Danah Boyd, principal researcher at Microsoft Research and the founder of the Data & Society Research Institute recently said in an interview in On Being, that cyber bullying is merely a visibility marker of things plaguing the world at large: “We read meanness and cruelty, for example, and we say, ‘Oh, my gosh, bullying must be so much worse because of the internet,’ even as the data shows otherwise.” She notes that instead of going after individual cases of cyber bullying it is better to address the culture of prejudice that cause them in the first place.

I am one person; I cannot stop the bullies from reaching for their Smartphones or their laptops. What I can do is think it through before I reach for my own keyboard. Here are my five basic rules.

I once heard a horse trainer say, “a horse doesn’t care how much you know until it knows how much you care.” Kindness will always get us further with horses and horse people than being the world’s most perfect rider usually will. If what I have to say isn’t kind, what is the point of saying it?

Thinking back on the times I was a bully, I often regret what I said because of what I found out later. Hindsight might seem like a great teacher, but it can be like getting bucked off the horse we labeled as “kid- safe.” Before we fly off the handle because someone has a chubby horse, uses a whip in a way we don’t like, or seems like an overall stupid head, remember there could be a reason for all those things that we just don’t know about.

Sometimes there will be people we don’t like and people we don’t agree with. This doesn’t make them monsters. Negative comments aren’t bullying unless they include one of the following:

4. The Internet is forever.

The Internet is a public and often immortal place. Just because we deleted that nastygram we left on our worst enemy’s farm profile page does not mean that someone didn’t screenshot it and keep it for eternity. Before hitting send, ask yourself this: Is the comment I am writing something I would say in public? Is it something I will be proud of saying 40 years down the road? Does it reflect me as the kind, competent, and aware person I know myself to be? If yes, then type away.

5. Reflect on why we need to comment in the first place.

Try this: next time the desire to leave a contrary comment arises, type it up in a Word doc or Google Doc, then walk away and do something else. Go back to it and reread it again. If the comment on the screen adds a kind, interesting tidbit to the article, post, image, or video at hand, then copy, paste and click send.

Though I am a horse writer who sometimes writes about things that aren’t always as happy and controversy-free as gallops across wildflowers, most of the feedback I have gotten has been kind and thoughtful. I have received personal emails from fans of my writing. I have read the comments, and for every angry troll, there were dozens of strangers who rose to my defense. I am grateful for every single one.

I do not know if Great Grandmother Lida would have approved of my writing or not. Most of the time, I don’t think that it is important. What is important is that my words have helped a few people feel less alone. Despite the trolls and the other struggles, a life filled with words and horses is all that matters.

About the Author
Gretchen Lida is an essayist and equestrian. Her work has appeared in Brevity, Earth Island Journal, Washington Independent Review of Books, and many others. She has an MFA in Creative Nonfiction from Columbia College Chicago and currently lives in Wisconsin. Follow her on Twitter at @GC_Lida.