FFFF: Just in Time for Halloween, Meet Casanova the ‘Walkaloosa’ 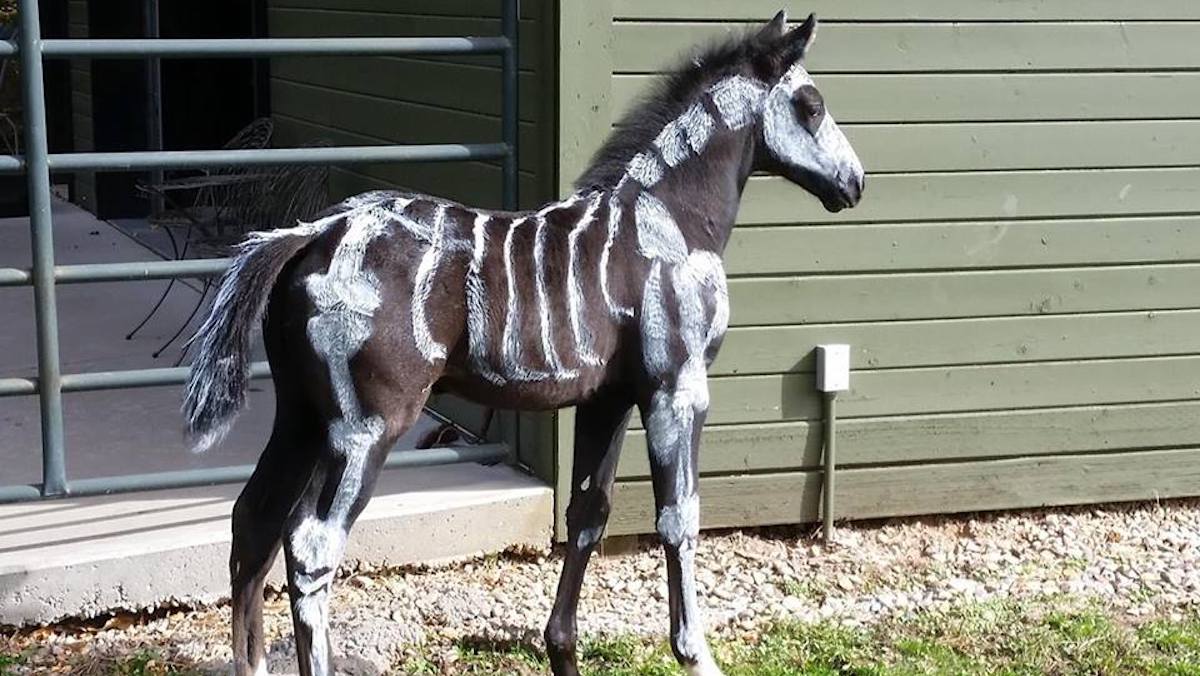 He may have decided to dress up for the holidays like his namesake Italian heartbreaker, but Casanova decided to go a different direction.

And, like the parent of any young trick-or-treater will tell you, when it comes to costume selecting, the heart wants what the heart wants. Sometimes it wants Spiderman. Usually, it wants princess Elsa from Frozen. And if you’re Casanova the Walkaloosa foal from Utah, you want to be a skeleton for Halloween, and you’re not making any bones about it (sorry).

“Cass” simply can’t help showing off his flashy new costume. And while he sure does look cute, this might be due, at least partially, to the fact that the colt was supposed to come out with a little more white than he turned up with.

“He is a Walkaloosa that ‘ain’t,” says owner, Tarryn Galloway, who’s been trying for four years to breed one successfully. “His mama is a black fox trotter and his daddy is a black appy with a bug halo-spotted blanket. Cass was supposed to have come out looking like daddy, but daddy obviously failed.”

“He is full of spunk for sure!” says Galloway. “In that video, I think he is trying to take his name to a whole new level.”

Though she has plans to geld him and use him as a trail horse, Tarryn says, Cass will be her first gaited baby. She and Cass also share a birthday, which seems a bit predestinated since it meant the colt had to be born three weeks early (on September 7th).

Safe to say, this Casanova has stolen a few hearts already.

P.S. Save your fingers Facebook commentators! Tarryn says the lead rope you see on the ground in this video wasn’t overlooked—it was over her mare’s back so she could graze during filming and slipped off when the camera started to roll. But have no fear, Cass’s mamma was being carefully monitored by the “film crew” and was easily caught when the video was over.