Douglas Boyd is Putting Out the Fire, All the Way to the Winner’s Circle

Home > Blog > Show Jumping > Douglas Boyd is Putting Out the Fire, All the Way to the Winner’s Circle 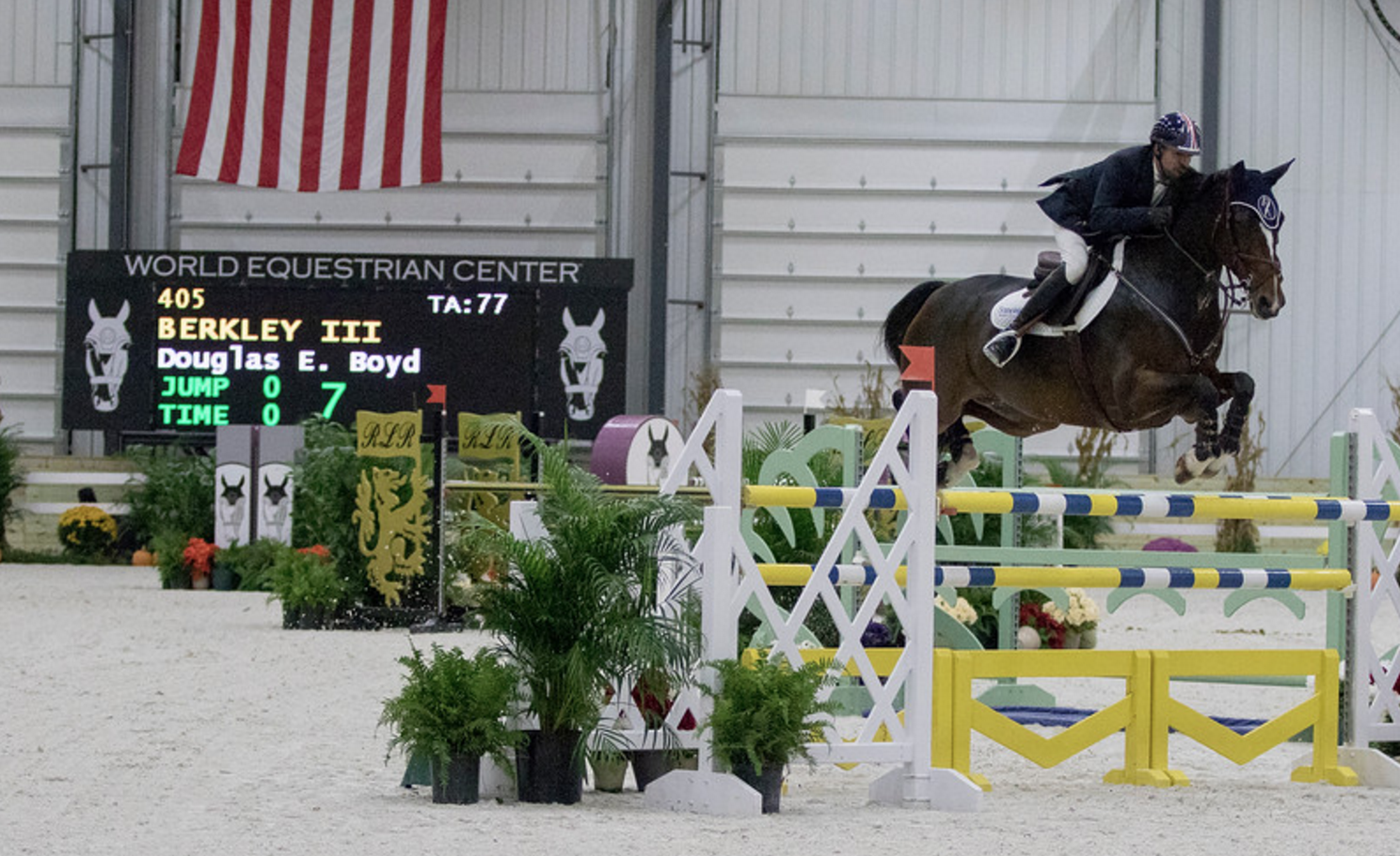 Douglas E. Boyd and Berkley III are on fire! And they’re taming the flames to do it.

The dynamic duo’s hot streak started three weeks ago when they won the Open Welcome at Minnesota Harvest Horse Show. Last week, they made their FEI debut in Harrisburg, Pennsylvania. And last night, the burn spread to Ohio where they won the $15,000 Welcome Stake at the inaugural World Equestrian Center (WEC) Invitational horse show.

You could say their partnership has developed like quick fire.

“He’s 10 years old, so he’s a little ahead of his game,” says Boyd. “The plan was to take three years to do it. We tried to do the smaller jumps and take our time and do that whole right approach, but the jumps just needed to get bigger and bigger [with Berkley]. He’s been great. It’s a good problem to have.”

Boyd picked up the 10-year-old gelding less than two years ago. Taming the hot-blooded Dutch Warmblood has been a work in progress.

“When I got him he was completely unruly and people were like why did you buy him?! I said, because I know his bloodlines. I’ve had nice horses in the past that were related to him somewhere down his lineage—it was like fire, fire, fire! More fire!” says the Mettawa-native.

“He’s on the green side and is coming into himself. He just wants to jump! That’s been his biggest problem. The first year was about taming him, not training him. Now he understands that making a circle in front of a jump on the flat does not mean jumping it!”

Ending their season on a high note raises the bar for next year, says Boyd. He’s not ruling out World Cup Qualifiers in their future. Just don’t expect his firecracker of a jumper to be calm for the ribbon presentations anytime soon.

“We’ve had to teach him how to put the fire out, but when it comes to the presentations he’s lit!” laughs Boyd.

Boyd and Berkley III will contest the $50,000 World Equestrian Center Grand Prix on Saturday. Catch the class on livestream at ShowNet.

“I’m hoping that goes as well, but that’s a hard thing to do. Sometimes I think maybe we should just stop while we’re ahead,” smiles Boyd. “But no, we’ll go for it. He gets more experience every time.”