Behind the Scenes in the Mixed Zone

Home > Blog > Olympics > Behind the Scenes in the Mixed Zone 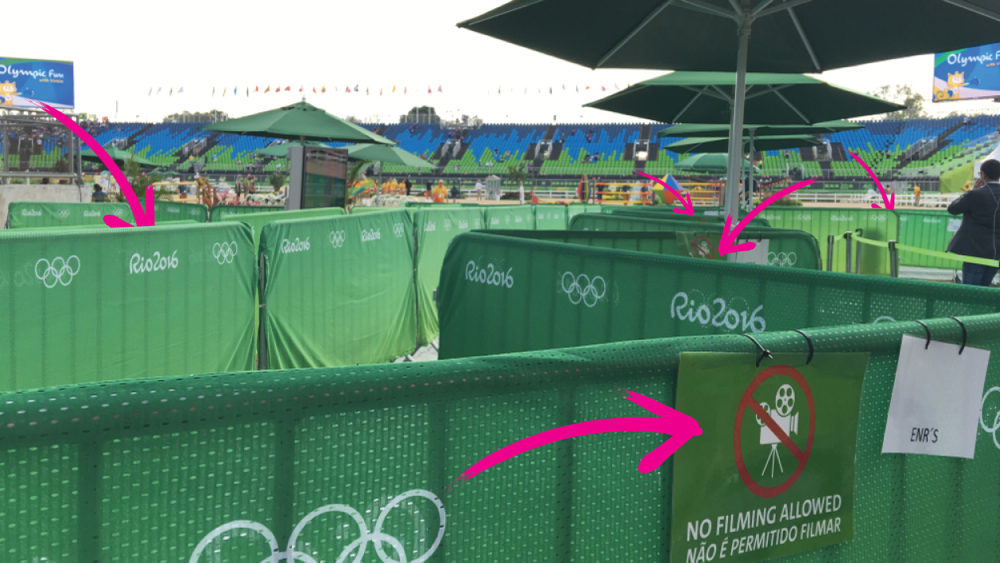 After every round in Deodoro Olympic stadium at the Rio Olympics, athletes are required to go through the Mixed Zone. It’s the media equivalent of running the gauntlet. Athlete on one side. Hoards of journalists on the other, repeatedly hitting them with slightly different versions of the same question over and over again.

The Mixed Zone starts with back-to-back (or, if you’re Charlotte Dujardin back-to-back-to-back-to-back) television interviews and works its way down through the print publications. The Olympic Broadcast Network. Thompson Reuters and the Associated Press. English, Foreign, and so on.

Depending on how things go in the ring, it’s either a chance to revel in the glory of a spectacular performance or a special brand of public torture.

You can ask any question in the Mixed Zone. What you cannot do is film the athletes. TV networks pay a hearty sum for that privilege. We’ve got the next best thing. A dramatic reenactment.

Because when you interview 40 athletes in four hours, you start to notice a few trends…