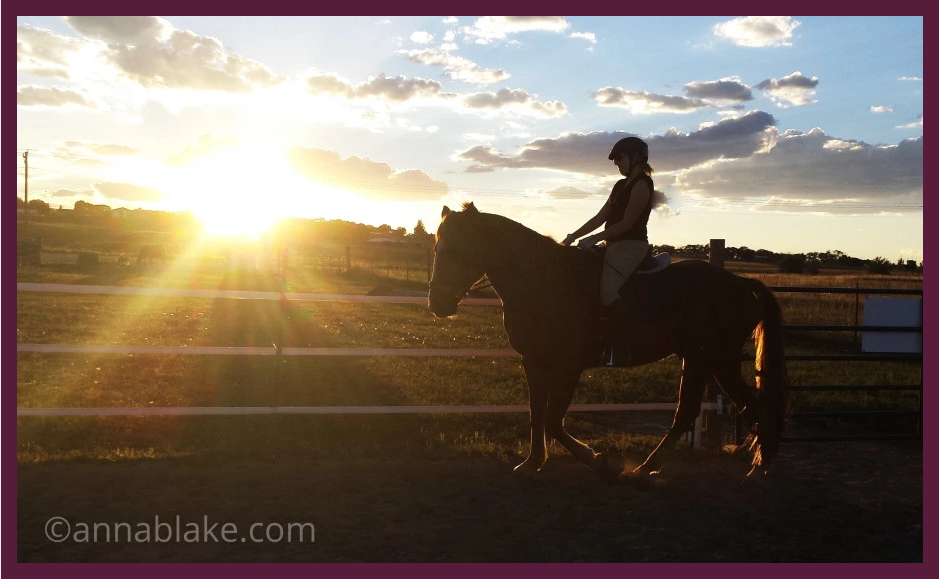 The horse world has lost some good riders in the last few weeks. Sadly, it happens all too often. Horses can be unpredictable and people get hurt. Some of it is unavoidable and some of it is totally preventable.

Two of the most recent stories were especially hard: One was a 27-year-old professional barrel racer with wedding plans and the other was a professional trainer who was respected as the most experienced rider in her mounted posse. These two women had much in common: they were both professionals, both very experienced riders, and both died from extensive head injuries as the result of a fall on pavement. And now they are both profoundly mourned by their friends and families, and yes, their horses, too, I suspect. 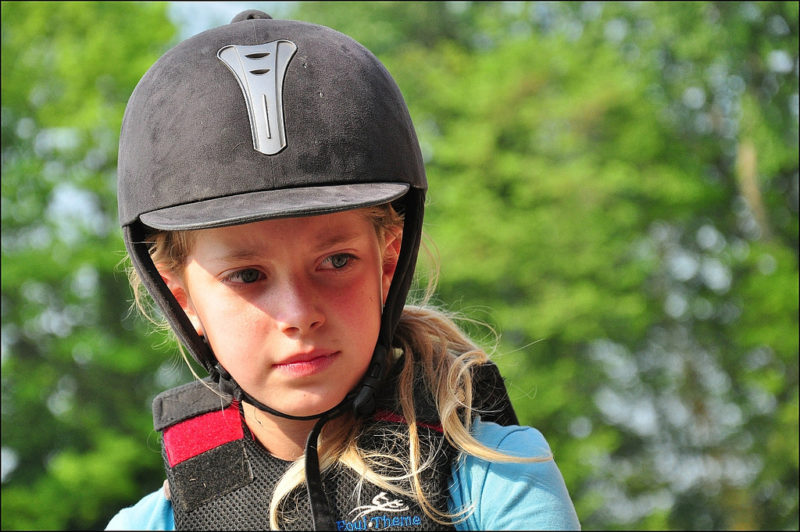 I always feel it’s in poor taste to mention helmets at a time like this. It feels mean-spirited, no matter how well stated. And it’s too damn late for these committed horse women. The problem is that someone has always just died, so to be polite, helmets would never be mentioned.

These riders had another thing in common. News reports used the term “freak accident” in the headline. Do these reporters live in a shoe-box? There’s nothing freak about a riding accident. Emergency rooms treat about 15,000 equine-related head injuries a year. And that doesn’t count other broken bones. Sometimes when I get particularly irked by a phrase, I’ll look it up to see if I’m just being a stickler. The Urban Dictionary defines ‘freak accident’ as one that’s extremely unlikely and unusual. Their most popular example is:

“Fabio was involved in a freak accident. He got hit in the face by a duck while riding a roller coaster.”

Great example; I couldn’t find statistics for duck-related head injuries at all. Why am I so cranky about word choice? Because it’s literally a matter of life and death–not to mention the numbers of brain injury survivors who suffer personality changes, intellectual and memory impairment, or epilepsy.

I have a yearly tradition of writing about the importance of wearing helmets every ride. Sometimes I feel like I’m preaching to the choir; my readers tell me they are committed to helmets. At the same time, I wonder why I never see a western trainer in a helmet. The one western trainer that I did know has now stopped wearing her helmet. Do you know one? Am I just living in a backward locale for western helmet wearers?

I have a western dressage client who gets routinely “teased” for wearing a helmet. Do these same people tease football players? Statistics say riders are in a greater danger than football players; our teammates literally weigh a ton and the biggest difference: we have farther to fall. Statistics say the altitude makes a huge difference in severity of injury. But if statistical proof mattered to riders, they’d wear helmets and there would be no debate. The increased danger of riding horses without a helmet is as undeniable as gravity. But in many western riding disciplines, a helmet is seen as a sign of weakness. Have we fallen victim to freak lunacy? 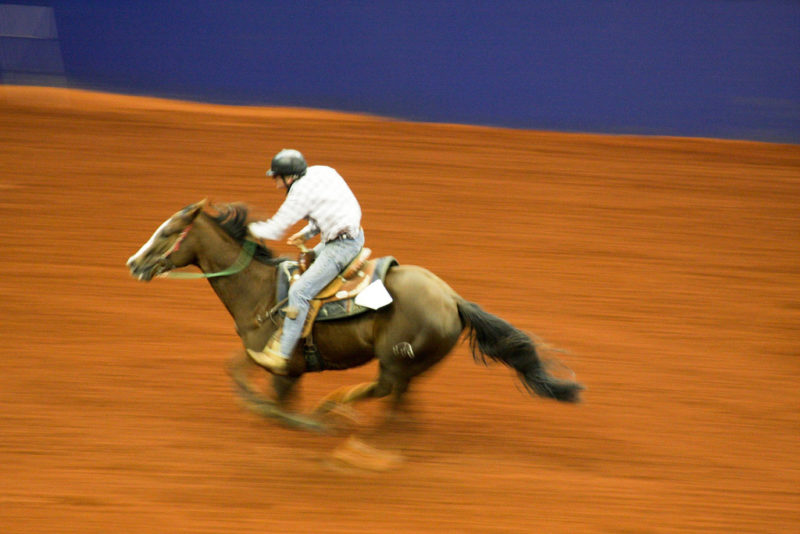 The most common excuse I hear has to do with a rider saying that wearing a helmet is a message to their horse that the rider lacks confidence.  When has a horse had to check anything so superficial as wardrobe to feel a rider’s fear? Don’t insult horses; they aren’t fooled by your hat. As if wardrobe hides fear, rendering a rider unbreakable.

There’s no denying that the hat pays homage to our western tradition. As if history could make a rider unbreakable.

But then even history loses its charm and changes with fashion or a fad. As if wearing a hat like Buck Brannaman makes a rider unbreakable.

I was recently referred to a video where a western trainer explains that he’s uncomfortable in a helmet, although he encourages others. As if being comfortable makes him unbreakable.

He adds quickly that wearing a helmet was necessary for some [English] riders because they don’t do groundwork or have their horses attention. As if demeaning other riding disciplines makes a rider unbreakable.

Or that it’s all about the saddle; that somehow English saddles aren’t as safe because they don’t have a solid “handle” in front (that frequently injures everything but your head). As if a saddle horn makes a rider unbreakable.

When this loss and destruction from Traumatic Brain Injury finally turns a corner in our equine world, I think it will be with the help of professionals. Helmets are crashing rodeo tradition these days. Imagine the difference that it would make–the lives it would impact and even save–if just one well-known western trainer would break rank and wear a helmet every time. As if actions speak louder than words. 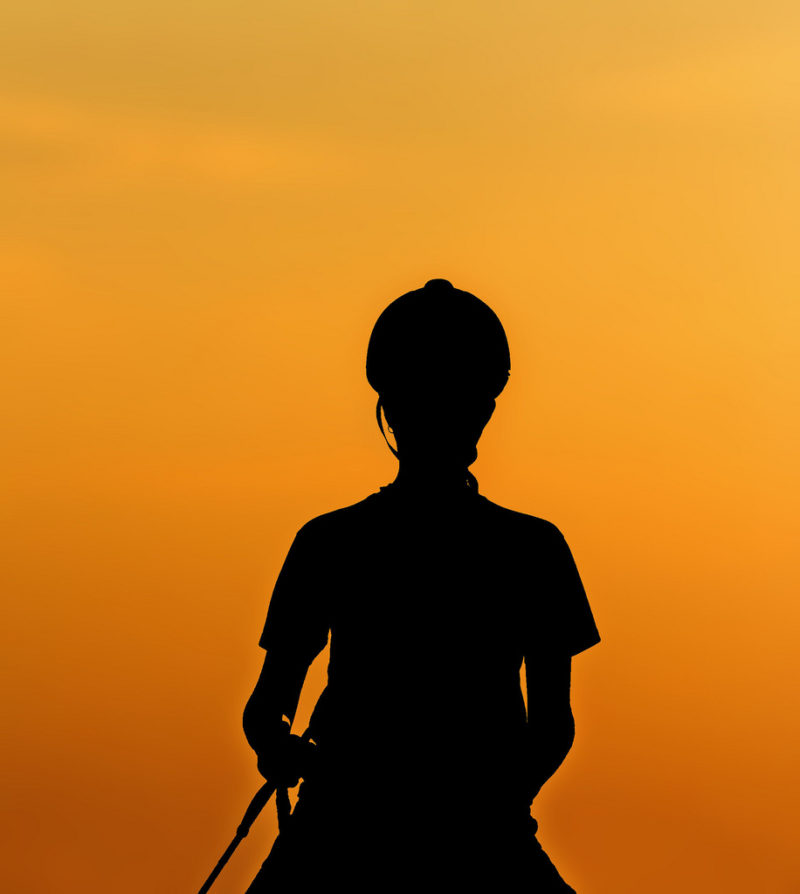 Imagine that the legacy Courtney King-Dye gave dressage riders gets repeated in all riding disciplines. That in memory of a professional rider who didn’t get to her wedding, that white helmets become the habit for other barrel racers. That for a posse mourning its star rider, helmets become a constant part of their proud uniform, in parades and everyday, and that we all respect that uniform even a bit more than before.

We talk a lot about positive leadership in horse training, but it should go past our horses. Whether we like it or not, trainers are role models. It would be a blessing to see the influence of positive safety leadership start with professionals. In some places, it would even qualify as freak common sense.

As for the power of tradition, pick one that goes beyond fashion, stands the test of time, and transcends actual legend status. Pick the romantic tradition of riding off into the sunset–protected and whole. And living to see your children do the same.