Reflections on the Tragic Loss of Barrel Racer Lara DeWees 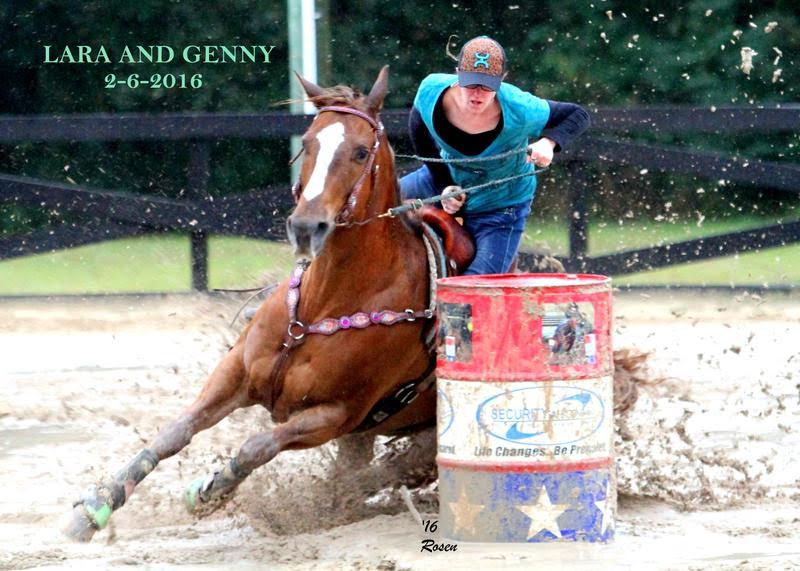 There have been many postings on social media regarding a beautiful young barrel racing cowgirl who has finished her earthly ride and is now riding her eternal ride. Miss Lara DeWees was not only a nationally top-rated barrel racer, but was known for her kindness to others, for her generous spirit, for her gift of song and laughter, for her love of her young son and fiancé, and for her love of her wonderful family and friends. 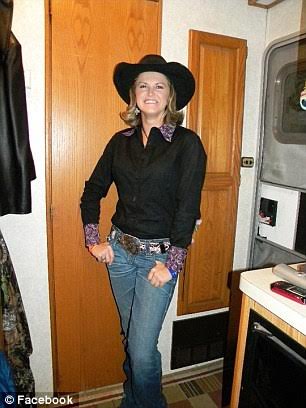 Like many around the world, late on Saturday, February 20th, I received a text from a friend to pray; a barrel racer had suffered a very bad fall at the race in Hattiesburg, Mississippi. Her name was Miss Lara DeWees, and she had been taken to Forrest General Hospital with very serious head injuries. I live three blocks from the hospital and felt impressed to go (like many did) and see if there was anything Lara’s families needed, to pray a hedge of protection around them, and to join the tens of thousands lifting up prayers on her behalf.

Miss Lara’s family graciously allowed me to sit in the background for the next few days and pray. I learned all about a cowgirl named Miss Lara DeWees as I sat in that corner of the ICU. I saw a mama who prayed and wept for her beautiful baby, and who told everyone who came that Lara was a fighter and never ever gave up on anything that she tried in life—from a spelling bee to beating cancer, she NEVER quit. I saw a young man who had asked her to marry him a week before the accident, put her engagement ring on his neck chain that bore a cross, and watched as he kissed that ring repeatedly as he prayed and wept by her bedside. I saw Miss Lara’s beautiful family and closest friends travel from far distances to come hug one another, to share their stories of her; how she always lent them her hand and encouraged them with her words, how she sang like an angel. I watched them pray over her, weep, and touch her as she laid in her bed of tubes and blankets. I saw a local community of complete strangers come stand at her sides, her head, and her feet, and ask God to heal her broken body.

“The following conversation is shared with the permission of Miss Lara’s father, Mr. Steve DeWees. When asked if it could be shared publicly, he stated, ‘Absolutely. If it could save the life of another child, absolutely.”’

I watched a cowgirl touch the rodeo world from a bed in room 46. And if ever heaven was stormed with prayers on behalf of a broken young girl, it was truly stormed on Lara’s behalf. But, Miss Lara DeWees, an only child, mother of 18-month-old Layton, fiancée of Cory, school teacher, cancer survivor, rodeo queen, national barrel racer, friend to many and child of God, died on Sunday, February 28th, one day before her 28th birthday. Many, many, many hearts were saddened by the news of her passing, and I admit, tears didn’t stop flowing on this mama’s face for many days. This young cowgirl had impacted her world with both her life and her death.

As a mama to a 12-year-old rider, a rider who stood beside Miss Lara and prayed, I have to ask if there is anything to be learned from this tragic accident. The following conversation is shared with the permission of Miss Lara’s father, Mr. Steve DeWees. When asked if it could be shared publicly, he stated, “Absolutely. If it could save the life of another child, absolutely.”

There is much controversy in the horse world regarding the use of helmets for riders in all disciplines of riding. My husband and I have told our young daughter from the very moment she showed an interest in horses that a helmet was a no-discussion, absolute necessity, both on and off any horse. If it had four legs and neighed, if it was within her sight, no matter what its size, a helmet was required on her head.

When I related our family view on helmets in a private conversation with one of Lara’s neurosurgeons and asked him if a helmet could have made a difference, he said, “Absolutely, but she is not the kind of rider to ride in one.”

I told him we tell our child and others, “You can survive broken bones, recover from an amputation, but a head injury…that would take a miracle.”

He said, “As a father to a five-year-old boy, if I have anything to say about it, he will never play football,” a position he held because of the risk of head injuries. This conversation is shared in the hopes that helmets will one day be seen as just another part of the “horse-tack”; that just as the horse has a headstall, so does the rider. 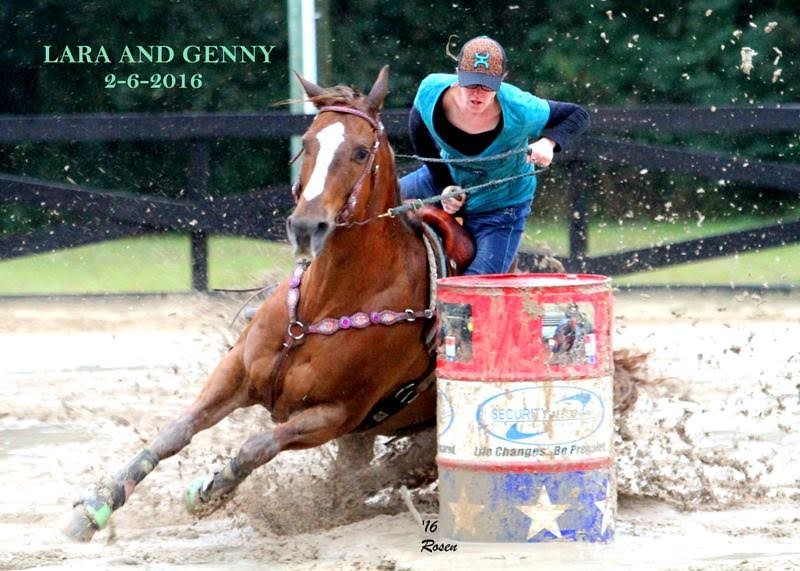 We have a wonderful woman in the state of Mississippi who suffered a traumatic horse-related brain injury in 2004 while barrel racing. She was in a coma for many days and her husband recently told our 4-H children, “It’s not just a rider that’s affected by a brain injury, it’s the entire family.” This woman has lasting effects from her injury, but is riding again and has made it her life’s ministry to get helmets to Mississippi’s children and adults free of charge through grants she tracks down. We are hoping to find someone in Florida to start the same in Miss Lara’s name.

The helmet is just not “cool” looking….So MAKE it cool!

The helmet will make me have a slower time….Aerodynamically, a hat will catch more wind and slow you down more than a sleek helmet will.

The helmet will make me have a slower time….Ask your loved ones if they would trade 2/10s of a second for you.

Only novice riders fall and sustain injuries….Tell that to Miss Lara, she was ranked among the top in the nation.

My horse is “bomb-proof”….If it has four legs and neighs, then it is possible something can spook it.

I can’t get my child to wear one….Who is paying for that horse, truck, trailer, feed, etc.? YOU are the parent. NO helmet, NO ride.

I’m of the “old” school, we never rode ‘em, didn’t need ‘em….When you know better, you do better. Think of your loved ones, because they will certainly be thinking of you if they have to be your caregiver. 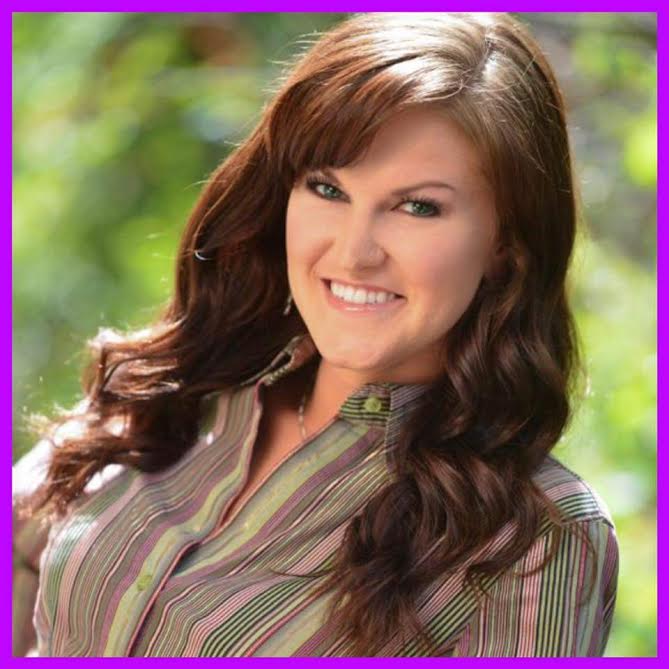 This has not been written lightly, but has been prayerfully considered, dwelled upon and offered from a very sincere heart. It is not meant to offer offense, to stir up controversy, or to cause discord. We live in a nation based upon freedoms and personal choices. You get to choose. 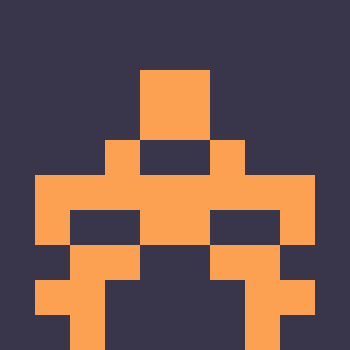