It was a thrilling photo-finish in the $50,000 Richard King Stakes at Sam Houston Park on January 17, as the defending stakes champion Quiet Acceleration got up on the outside just in time to win by a head under jockey Roman Chapa.

This was not your ordinary photo-finish, confirming the winner of the race. Upon closer inspection, it’s a crime scene photo. 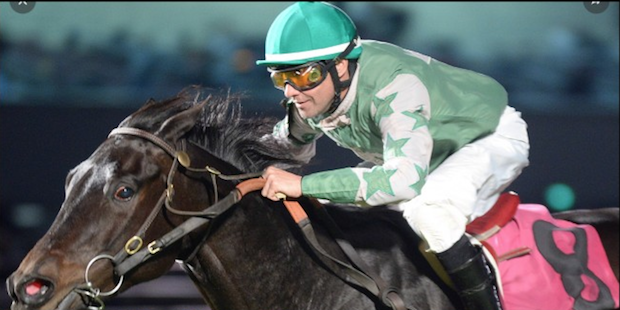 Let’s zoom it on in… 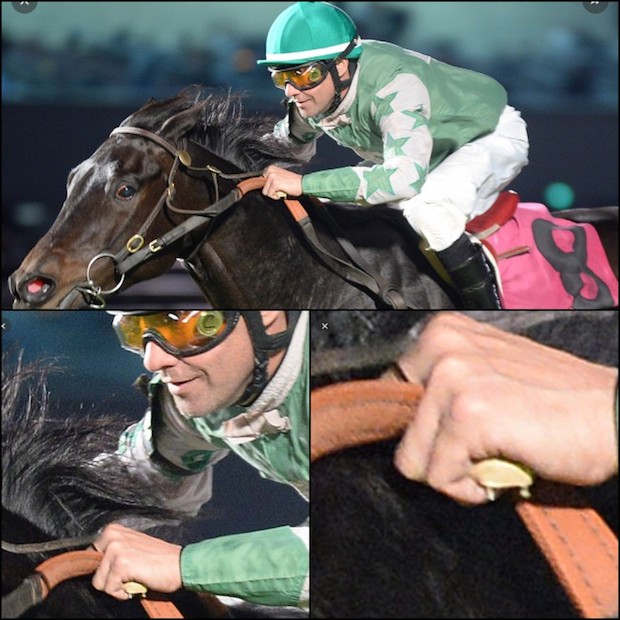 The photo clearly shows Chapa holding something in his left hand. It looks to be what is commonly known as a machine, battery or buzzer—a crudely fastened hand-held electro-shock device offenders apply to the horse to give them an extra jolt of encouragement.

These handheld devices have turned up around the sport’s seedy shadows for ages, though are quite uncommon, especially today with the prevalence of cameras and heightened enforcement. How much these devices actually effect the horse are unclear, but knowingly administering an electric jolt to an animal is blatantly cruel and unusual.

The threat of being caught was, allegedly, not enough to deter Chapa, who has since been charged by Harris County (TX) with unlawful influence on racing, a felony.

As first reported by the Paulick Report, Chapa contacted Sam Houston Park’s photographer after seeing the photo on the track’s website in the post-race report, and asked him to remove the photo immediately, saying simply, “It’s a bad photo.”

Once officials zoomed in, the gig was up and Chapa was suspended indefinitely. Quiet Acceleration’s trainer and owner, Danny Pish, told track officials he was unaware of Chapa’s actions until he saw the photo himself. One has to wonder why Chapa was still allowed to work at all. As the Paulick Report explains, this is not the type of guy you want near your animals. 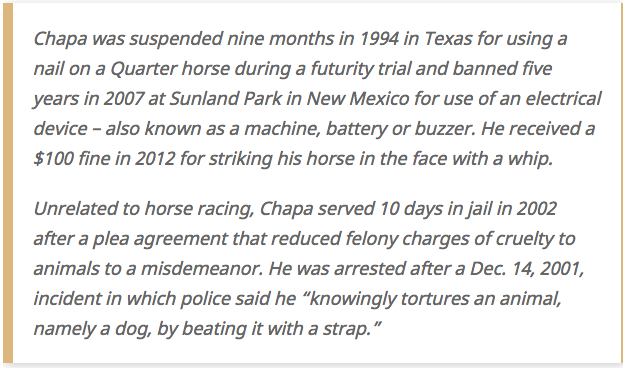 Now he’s facing jail time, though not on animal cruelty charges. Perhaps karma will take care of that.