Why Horses Crash into Fences 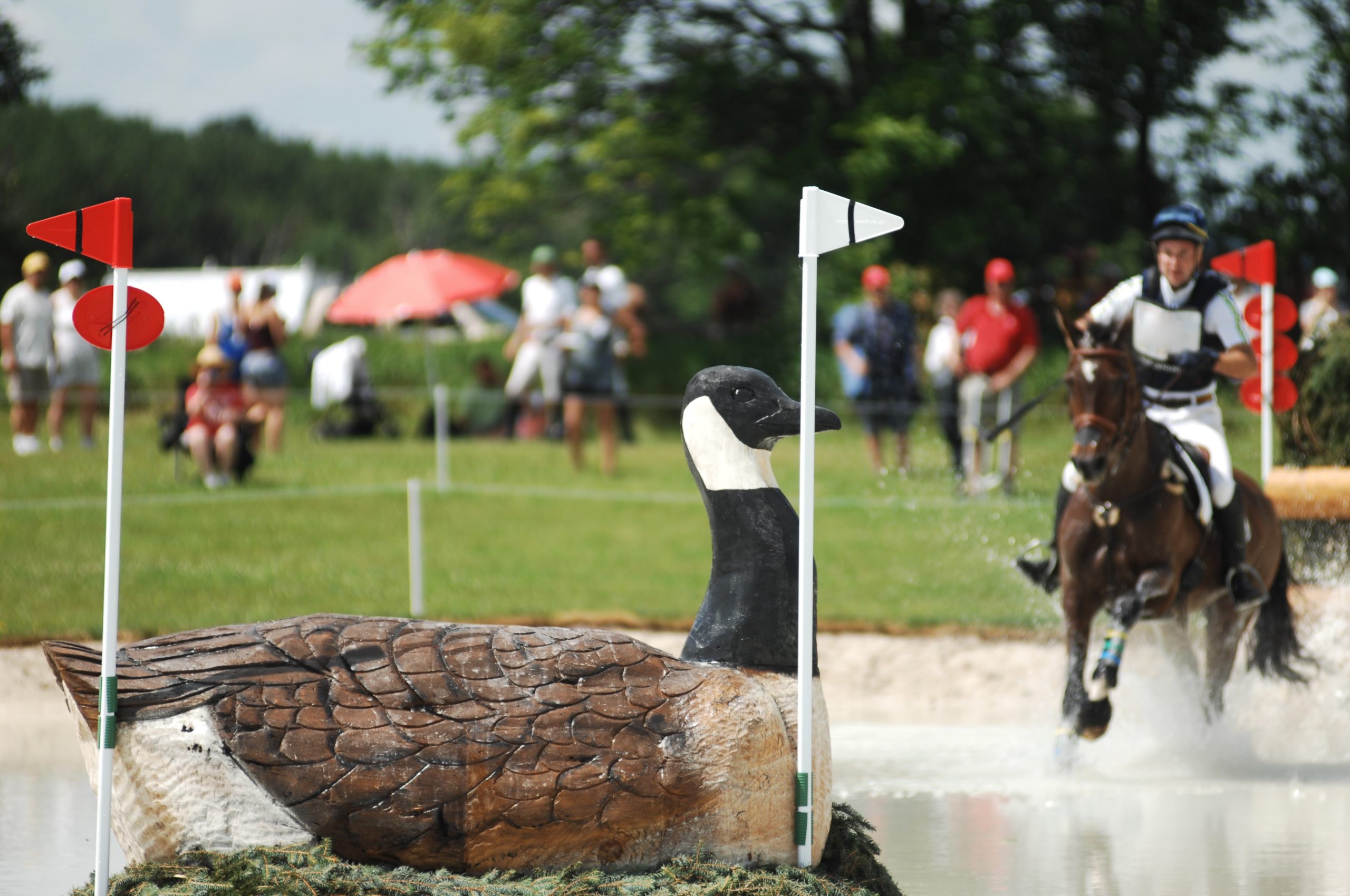 More than a hundred horses have died in international eventing competitions in the last two decades, according to a compilation by Horse Sport NZ.

Many more have been injured. Horses frequently crash into fences—so frequently, in fact, that it has become an entertainment genre in its own right with YouTube compilations of horses and riders falling at obstacles. (These videos are often prefaced with statements such as “no horse was harmed” or “the horse was fine,” the implication being that the horse survived or didn’t suffer any obvious injuries that needed veterinary attention. But slamming into a fence at high speed is not a pleasant experience, and it takes some stretch of the imagination to believe that any horse that tumbles head-first over an obstacle is ever “fine”.)

Why do these accidents happen? That’s the million dollar question.

Fatigue and rider error are top of the list, of course, but they can’t explain situations like this one: at the 2019 Pau CCI5*, a horse named Raphael jumped straight into a wooden wall after one of the reins broke, even though there was a very clear, large opening immediately to his left.

If he was fatigued, he would have slowed down or gone through the gap instead. And it was hardly a rider error, either, as his rider obviously didn’t intend to jump the wall. Clearly, there is something else at play here. According to Marianne Davies, an experienced sports coach and researcher at Hartpury University who is currently researching skill acquisition in equine sports, the culprit is traditional horse training.

In her concept paper Can’t jump, won’t jump: Affordances of the horse-rider dyad underpin skill adaptation in showjumping using a constraints-led approach (Davies et al., 2022), Davies and her co-authors explain that traditional training focuses on teaching horses obedience rather than jumping skills, which limits their ability to make independent decisions about how best to navigate an obstacle.

A big problem with this obedience-focused approach, according to Davies, is the use of punishment and corrections when horses hesitate or refuse. She argues that we should reframe refusals as perception rather than disobedience: when a horse refuses to jump an obstacle he does so because he doesn’t believe that he can jump it safely. Punishing a horse for a refusal will create a strong behavioral conflict: the horse will be forced to choose between risking an unsafe jump or the physical discomfort of the correction. When the punishment is repeated every time the horse hesitates or refuses, over time the horse will be conditioned to jump whatever the rider points him at rather than trust his own judgement.

Taken to the extreme it can have disastrous results, like the case with Raphael jumping into a solid wall: “incidences such as [this] highlight the potential dangers of training a horse to trust or fear the rider, rather than utilising their own perceived affordances to jump successfully”.

The term affordances is used to describe opportunities for actions in and interactions with the environment, i.e. how an individual decides to move in a given situation. A horse can, for example, perceive the affordance to step over a small log or to walk around it. In the example above, most horses would have perceived the affordance to pass through the large gap in the wall. Raphael did not, perhaps because he had been conditioned to obey rather than perceive.

To minimize risks and prevent casualties, Davies proposes an ecological dynamics approach to horse training that takes such affordances into account. Essentially, this means viewing the horse and rider dyad as a complex system that makes decisions together, where the horse’s perception of the environment is equally important as that of the rider. This approach focuses less on getting absolute obedience and more on teaching horses a variety of adaptive skills they need to jump different obstacles, so that they can find safe ways to do so in a variety of conditions. This will likely lead to fewer refusals and, most importantly, fewer injuries.

Davies’s is the latest research area to de-center the human perspective in order to understand how animals view the world. While ethology tries to decipher subjective emotional experiences of individual animals by observing behavioral changes in response to the environment, Davies’s research aims to understand movement as a particular subset of behaviour that changes in response to the environment.

It wasn’t all that long ago that scientists were able to show that animals experience pain and emotions. Since then, we’re learning more and more about the way they interact with their environment and the complex decisions they make. Davies’s paper may well usher in the next paradigm shift. It adds an important puzzle piece to our understanding of how horses experience the world, by conceptualizing movement as a subset of behaviour, and highlights the dangers of not allowing horses to be in control of their own movement.

I urge everyone to read it. The paper is open access, so free for anyone. Here is the link again.

This article was originally published on theequineethologist.substack.com and reprinted here with permission. 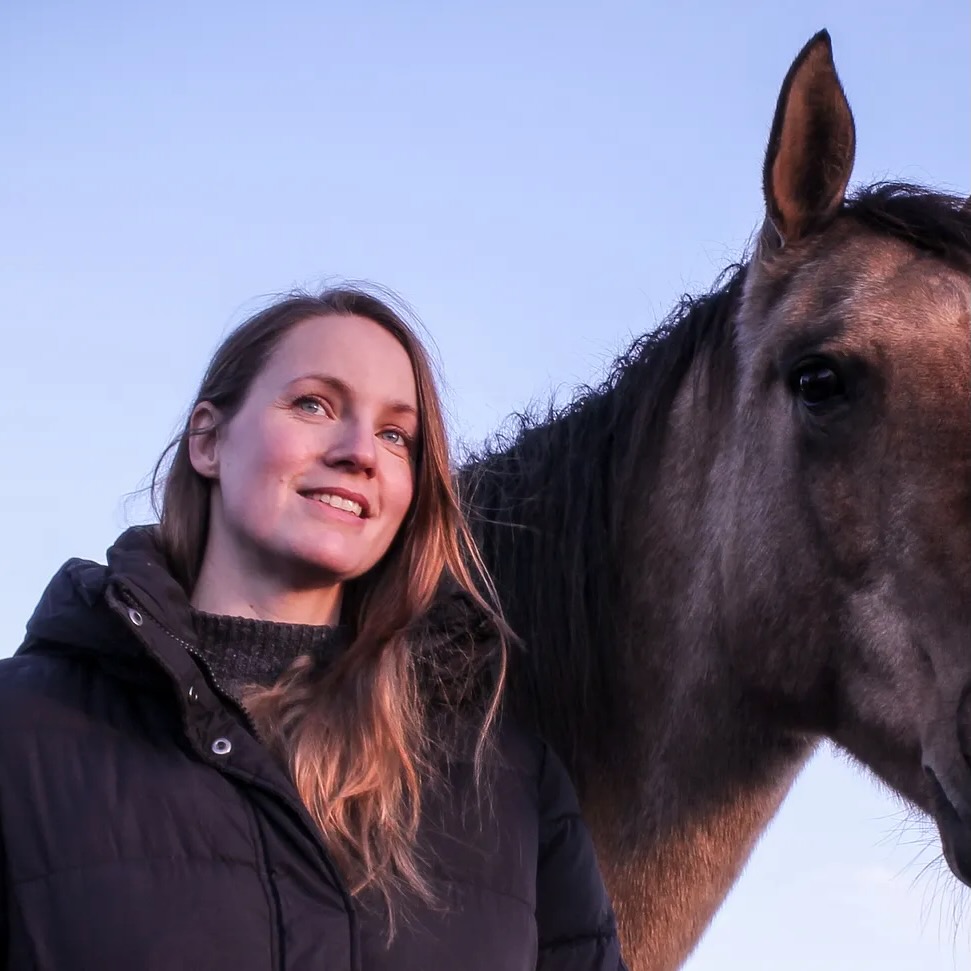 Renate Larssen is an Equine Ethologist, meaning she specializes in equine behavior. She has a BSc in Veterinary Medicine from the Swedish University of Agricultural Sciences and a MSc in Applied Ethology from Linköping University, both in Sweden. Renate is currently doing a PhD in human-animal relations at the University of Leicester School of Archaeology and Ancient History and is passionate about bringing more science to the horse world.