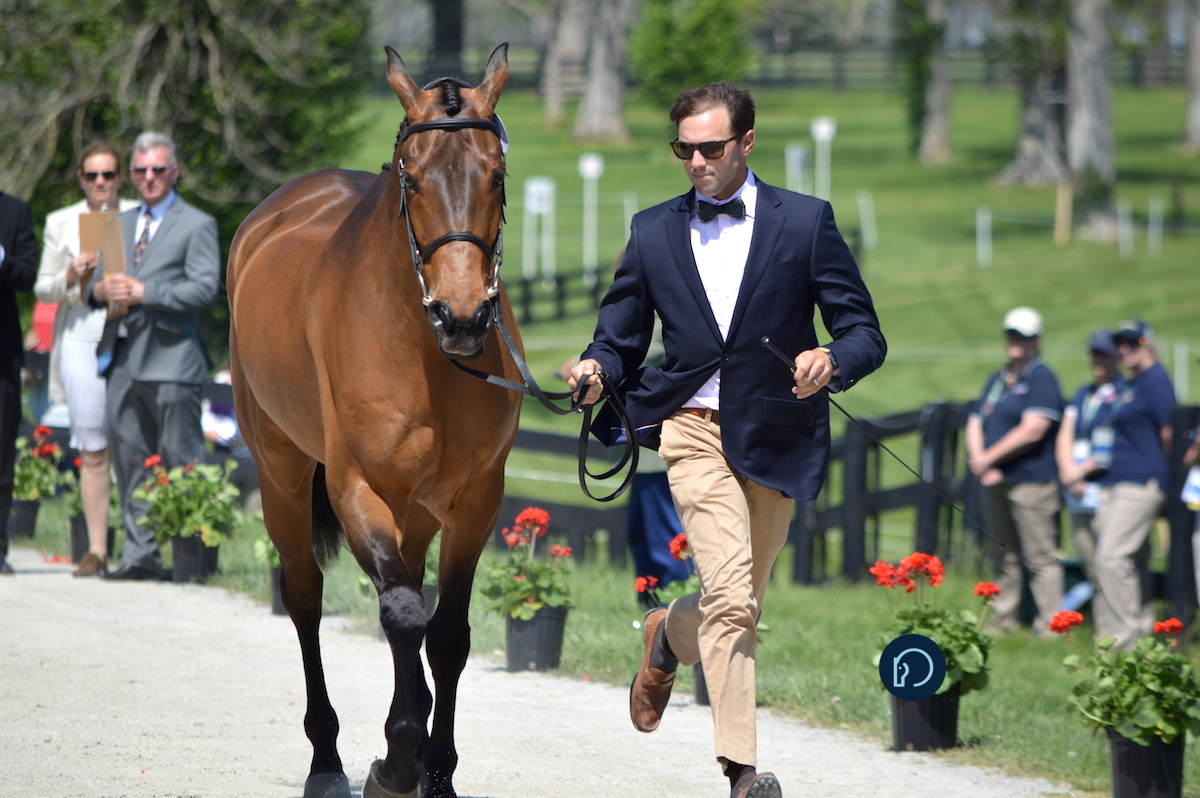 After climbing to fifth place in the FEI Eventing World Rankings last year, it’s no surprise that 39-year-old Will Coleman was a serious contender for the USET Foundation’s prestigious Whitney Stone Cup.

But despite being awarded to an active competitor with “consistent excellence in international competition” and a reputation for sportsmanlike conduct and contributions as an ambassador for the sport, Coleman says he really didn’t see it coming.

“I’ve never thought of myself as being the type of person to receive this award, so it’s really gratifying,” he said.

“The competitors that have received this award are and were some of the greatest horse people in the world—many of whom I’ve looked up to my entire life,” he added of previous Whitney Stone Cup winners including Karen O’Connor, David O’Connor, Bruce O. Davidson, and Boyd Martin.

“Some of the people I most admire in our sport have won it, so to be that person, and to be given this award, is humbling.”

Humbling, maybe, but Coleman has certainly put the time in. The Gordonsville, Virginia-based rider has been a member of the US Equestrian’s (USEF) High Performance Training List since the age of 18, working hard to build his string and climb the ladder from there. In 2012, he was named to the London Olympic Eventing Team with Twizzel; a few years later, he made the 2018 FEI World Equestrian Games squad in Tryon, North Carolina, with Tight Lines.

In September of 2021, the pair made history when they became the first American combination to win the CCIO4*-S division at CHIO Aachen in Germany. And last fall, Coleman and “Timmy” were part of the U.S. silver medal-winning team at the FEI Eventing World Championship in Rome, Italy. What’s more: that podium finish helped to secure Team USA’s berth at the 2024 Paris Olympic Games.

Paris, however, is still a lifetime away in horse sport years, and Coleman has plenty on his hit list for 2023. Top on his agenda: the Land Rover Kentucky Three-Day Event, followed by CHIO Aachen, and the Pan American Games in Santiago, Chile.

“I have a couple of younger horses who might be in the running for selection for that championship,” he said. “We have another big year in front of us.”

Another big year, and now, with one of the USET Foundation’s biggest equestrian honors in hand, Coleman is nothing if not appreciative. “Success in eventing is often at the end of a very long and challenging road,” he said.

“For every great experience and achievement, there are many disappointing and formative moments. You go through these ups and downs many times, and at many different levels throughout your career. It is thanks to the support from organizations like the USET Foundation, and from your owners and sponsors, that you can continue to climb the ladder and reach your fullest potential.”