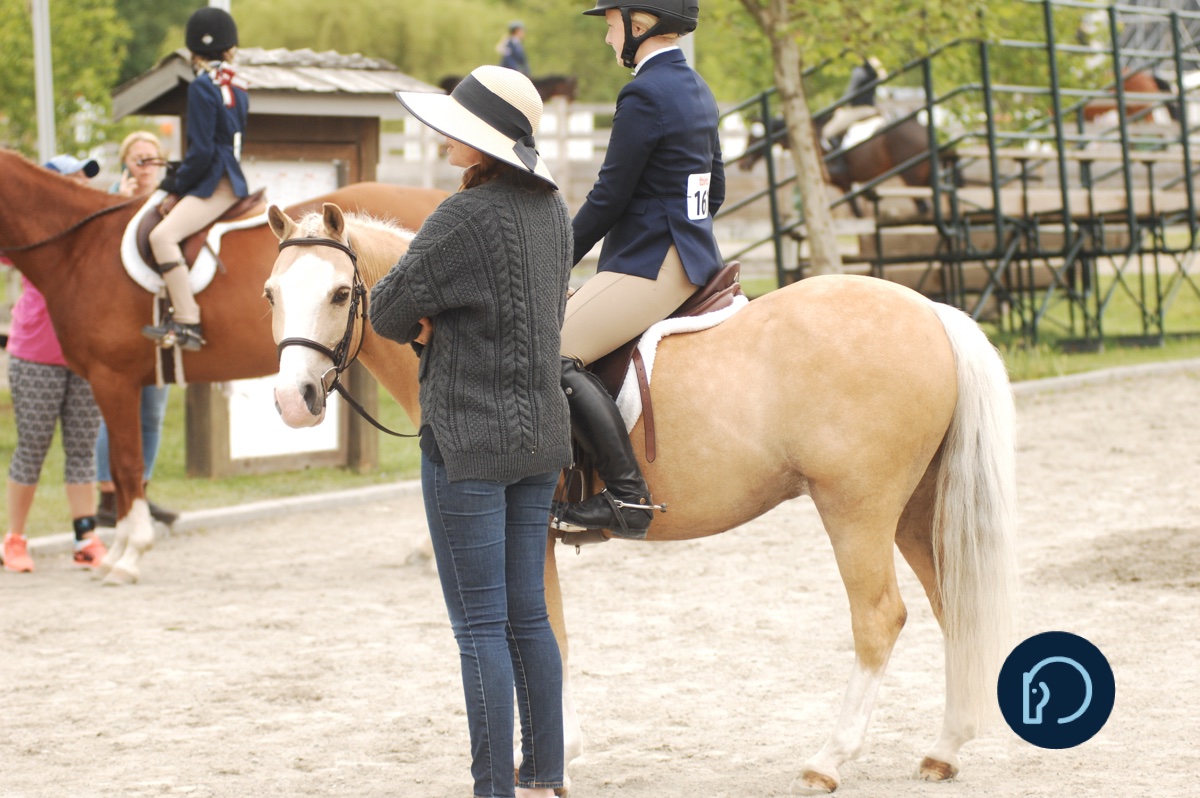 OCALA, FLORIDA—After watching the annual Presidential Turkey Pardon earlier this week, a Florida trainer was inspired to grant clemency of a different kind.

On Wednesday, Alice Abrahams led her fleet of multi-colored lease ponies, three in each hand, to the largest, nine-acre field on her Ocala-based Palm Lane Farm property. There, she removed their halters, handed each a jumbo carrot, and sent them on their merry way.

“No more little heels banging them in the sides, or pulling on their mouths over cross-rails. No more having to wait out the waterworks when the kiddos take second place, or when they throw a tantrum when it’s time to apply more sunscreen at the show ring. From now until January 1, 2023, my ponies are officially unclipped and off the payroll!”

According to Abrahams, herself a college history major, President Harry S. Truman is often credited with pardoning the first Thanksgiving Turkey back in 1947. Though many historians, including those at the Truman Library & Museum, dispute this fact.

“Whatever its true origins, the act of giving turkeys has always been a symbol of national good cheer, and the act of pardoning them shows grace and charity,” Abrahams explains.

“I can think of no one more deserving of a little extra charity during the holiday season than a pony who’s managed to keep her kid alive all season long.”

Though Abrahams typically reserves downtime for her lease ponies until after the winter season ends in April, this year, she realized it was time to make an exception.

“I just saw that massive, ugly turkey on the television screen, and I thought, ‘Now what has that big bird done to deserve a vacation?’

“Coincidentally, all six of my ponies had leases coming to an end this fall, and the timing couldn’t have been better. I pulled the shoes on those that had them, filled a shopping cart with carrots, and got the run-ins ready in the field,” continues Abrahams. “I told them all, ‘Thanks for your service, I’ll see you next year!’”

Though the trainer says she’s already lined up winter circuit gigs for the majority of her short-stirrup ponies this season, she’s not worried about getting them back into shape in time.

“My ponies work hard all over the country, 11+ months out of the year. They’re nothing if not pros,” she says. “They don’t complain, they don’t ask for overtime, and they don’t gobble.

“The heck with tradition. If you ask me, we should tell the President to eat the damn turkeys, and start making it mandatory to pardon ponies.”