Bugatti Did What Bugatti Does 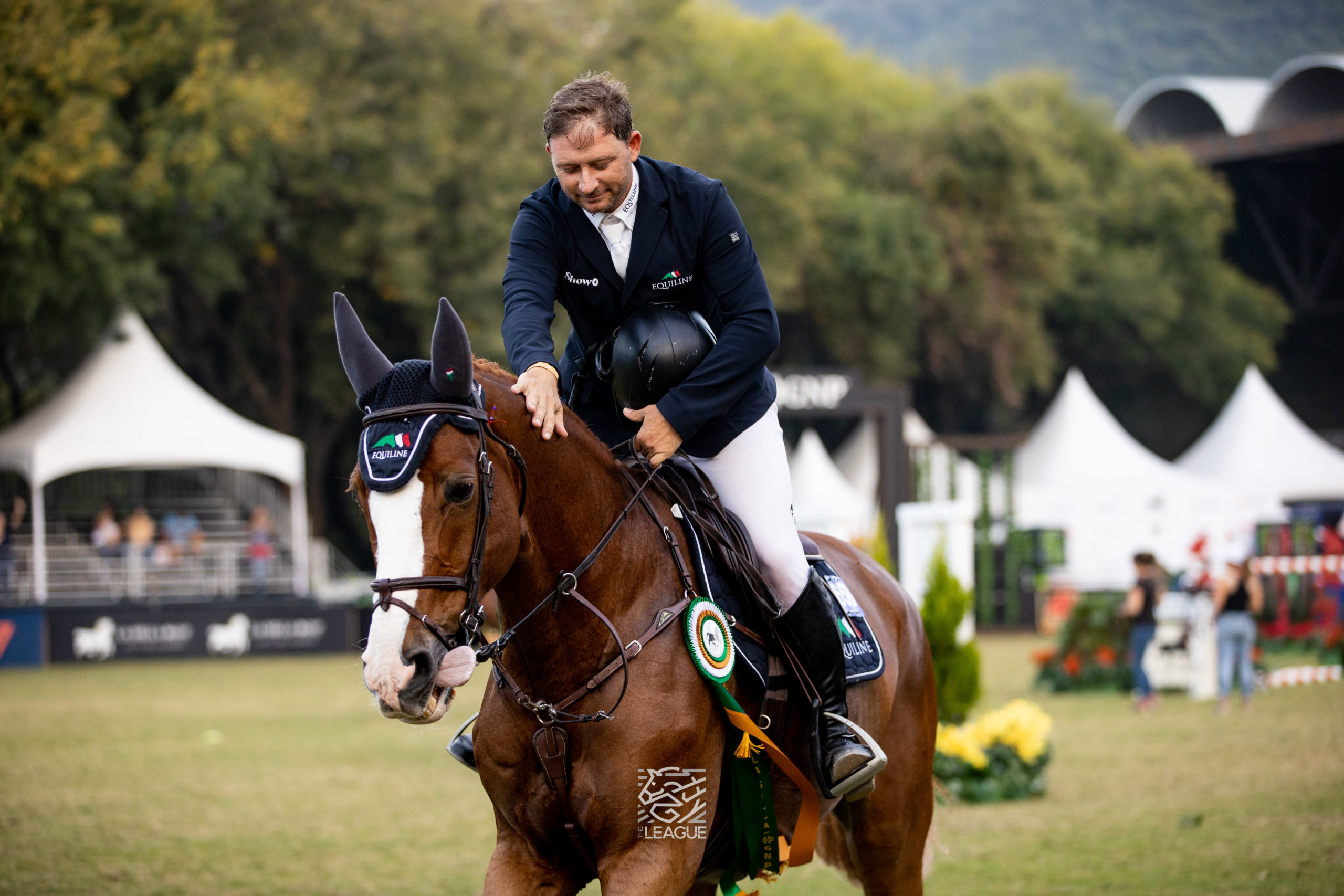 The Bugatti car brand is celebrated for its design beauty and many race victories. The same can be said for Eduardo Leon’s 16 year old gelding of the same name.

Bugatti is a striking chestnut with an impressive strike record. In 110 international appearances over his career (to date), the gelding boasts a 46% top 10 finish rate and 44% clear round rate. At 1.60m, his clear round rate climbs to 50%. At 1.45m, it’s 54%. Suffice it say, Bugatti is a proven winner.

On Friday, Alberto Michan (ISR) and the speedy gelding added his latest CSI5* win to that growing list. The pair posted the fastest time on the day in the Afflux CSI5* 1.45 speed at Major League Show Jumping Monterrey II in Mexico. The faults converted format saw only two of 35 starting combinations cross the finish line in under 70 seconds.

Stopping the clock at 66.20, Michan and Bugatti were nearly a second faster than runners up Alberto Sanchez-Cozar (MEX) and Union de la Nutria. Team Lugano’s Erynn Ballard (CAN) took third on Narcotique van het Dingenshof in a distant 70.31.

In a sport where international horses are often sold to new owners or placed with new riders, Bugatti has had remarkably few of either. Leon (MEX) purchased the horse in 2011. In the 11 years since, only two riders have made international appearances with him.

Germany’s Wilhelm Genn campaigned the gelding internationally from 2016 to 2021, earning 15 podium finishes and over 211,000 euro in prize money over their career together.

Michan took over the ride in 2022 and has collected five podium finishes already this year.

“He’s loves winning,” said Michan. “He’s just a horse that enjoys coming in the ring and trying. I think that’s what makes him special. He enjoys his job and he loves to be a winner.”

Now 16 years of age, the mandate these days is simple: keep Bugatti happy.

“He’s a super sweet horse. At home, we try to keep him always happy now at his age. I try not to do complicated things on him. I think he knows already everything about the sport and we try always to keep the morale very high and his heart good. We barely jump him at home. We just try to keep him very fit—I think that’s important for an older horse—and as happy as he can be.

“And of course, he’s very spoiled because he deserves that. So he gets lots of cookies and carrots every day and he’s just a horse that everybody loves in the barn. And it’s like a pet for all of us.”