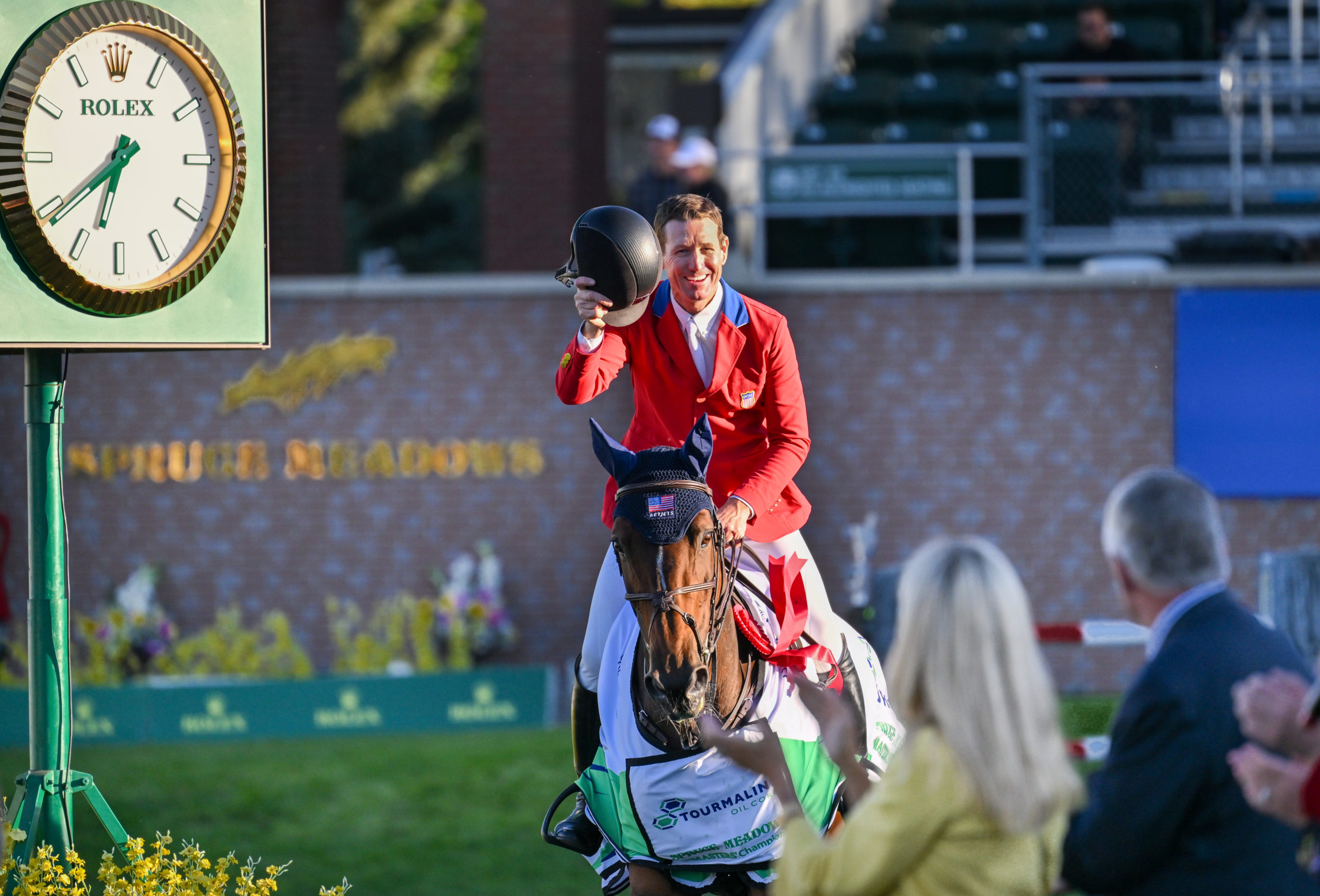 “Horses understand the importance and the energy differently than we do. I think these great horses sense the atmosphere and want to do well and want to please and want to rise to the occasion,” said US Olympian McLain Ward.

On Friday, the occasion was the Spruce Meadows ‘Masters’ CSIO5* 1.60m Tourmaline Oil Cup. Ward was in the saddle of his veteran partner HH Azur. The 16-year-old mare has been at the top of the sport with Ward since 2015 when she began medaling in 5* classes.

The mare’s infamous sharpness is exactly what has given her the edge to jump a long and winning career. As usual, she was up for the challenge again Friday, knowing exactly when to switch on.

“She walked up to the gate today and she raises her head, her eyes are right on the arena, ears pricked, this horse is pulling me in to go and do the job, so she understands it in some ways for sure,” said Ward.

The job wasn’t easy, with a start list 49 strong and stacked with four of the world’s top 10 athletes, each contested the Leopoldo Palacios (VEN) designed course. Only six pairs advanced to the jump-off, but Daniel Bluman (ISR) with Ladriano Z and Nicola Philippaerts with Katanga v/h Dingeshof ultimately opted out of a second round. Yet the three other remaining riders were prepared to give Ward a run for his money (which was the better part of an $137,700 purse).

Up against Harry Smolders (NED), Daniel Deusser (GER) and Scott Brash (GBR), Ward and Azur kept to their plan, clocking an uncatchable 40.74 seconds.

It’s easy to believe in your horse if they have an 54% clear round and 71% top ten finish rate like Azur (JUMPR App). The pair’s proven track record makes them tough to catch when all the pieces fall into place on course.

Smolders and 14-year-old stallion Darry Lou would have to settle just outside of the podium with fourth this go around.

With riders looking ahead to Sunday’s CP ‘International,’ Palacios is eager to build his challenging yet harmonious course.

“I never like to build courses that don’t balance, so for Sunday I will make sure that if I include a long distance, I will also include a short distance, and then a normal distance. In this way, the course will appeal to all of the horses and riders,” explained Palacios.

Well, not all of the horses and riders, only the ones which qualify for the highly anticipated class.

“Normally, when I look at the startlist for the CP ‘International’ and I think about how the horses have been jumping throughout the week, I can pick between 15–20 horses who could be in with a chance of winning. But this year I think up to 30 combinations will be in with a good chance of winning,” said Palacios.

So, it’s still anyones game and as Ward said, you also need a bit of fortune.