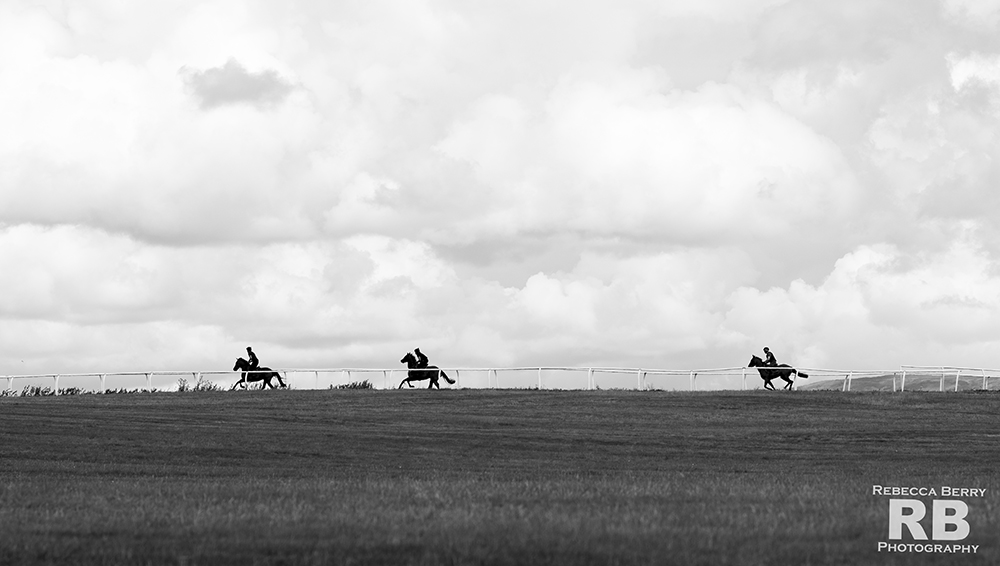 I’ve always suspected my trip to the UK was possibly leaning more toward a parental pilgrimage than it was embracing my freedom as I explore part of this great world of ours.

Horses are of course the guise I operate under to prevent things from getting too heavy.

My dad grew up in the Manchester area, which has allowed me a British passport and the ability to overstay my welcome here.

My mom, born and raised in Canada, loved all things British, and she and I watched every murder mystery, BBC and PBS show created. This is why today, I find myself down the road from the market town of Thirsk in North Yorkshire, England and minutes away from the Yorkshire Dales.

And the reason why Thirsk is on my list of places to visit is that it’s the birthplace of All Creatures Great and Small and once home to Alfred Wight, (1916-1995) or as most of us know him, James Herriot.

My parents watched the show every week when I was a kid. Still now when I hear the theme music I’m transported back to when I was five, tucked into bed and falling asleep to the sound of my parents laughing. Life was simple back then when my little family of three was still a family of three.

I’ve tried to keep this side of things out of my stories but I’m finding it increasingly difficult to do. Thirsk is what brought me to this area, but it’s the memory of my parents that has compelled me to come.

The James Herriot Museum is brilliant. You wander through Alfred Wight’s old vet clinic/house trying to untangle the difference between the real Dr. Wight and TV’s Dr. Herriot. This is the place where Wight wrote his books, operated on animals and where Mrs. Pumphrey and Tricki Woo may have visited on occasion. Or someone very much like her.

James Herriot spent a fair amount of his time driving through the North Yorkshire Dales and I felt I ought to as well. I hadn’t done any research before arriving here other than the museum. I’m getting casual about this travelling business, and I had no idea what the dales had to offer other than heather and most likely sheep.

I found myself standing in a small parking lot after having wandered around the ruins of the Byland Abbey for the past hour, when a cyclist, panting heavily, pulled up on his bike. He was slim, fit and looked suave, not that that matters to the story in the least. Once he caught his breath and was busy gathering himself, I asked him what sights I should see.

“Have you seen the white hill horse,” the moustachioed young cyclist said towelling sweat from his face.

I had been driving around the dales for at least an hour before finding the abbey. Just seeing what there was to see and as I drove my way to the White Horse of Kilburn, I realized I had been down all these roads earlier, just heading the other way. The chalk horse, as it happens, had been behind me the entire time, watching me turn in every direction other than the one that would have me see the 165-year-old beast carved into the hillside standing 220ft tall and 318ft long. Honestly, I do wonder about myself sometimes.

With the white horse well and truly spotted, I once again took to the single-track roads of the dales. Stone cottages, steep windy hills, wheat fields, cows, sheep, villages, stone fences, tractors and a sign warning you that you may come across racehorses. This surprised me. Nothing in the area suggested racehorses, other than the sign. I had some research to do.

Middleham is what I uncovered, and what a discovery.

Horses are such a big deal over here that even the GPS spouted out “Middleham Moor—Horse Racing Gallops” for me when I struggle to get my point across in the search bar. The following day with the location selected and my cameras safely in the backseat, I set out on my 40-minute drive to the gallops.

Minutes after I arrived on the moorland, I saw a string of horses making their way up the long straight gallop with the Yorkshire Dales as a backdrop. I shook my head in disbelief that somehow, I managed to stumble across this. This is, once again, what life is about. These are the moments that make me the happiest.

Horses have been trained on the Middleham moorland for over 200 years. They even once ran races across these fields, but that came to an end in 1873, which, as far as I can tell by UK standards was basically yesterday.

A few hours and several hundred pictures later, I thought some tea was in order. I got back into the car and headed into Middleham. It’s a small town, full of stone buildings, narrow lanes, cobbled sidewalks and hanging flower baskets. Finding a parking spot is difficult, which is often the way in these little towns on this little island. But I’ve learned that you can just sidle your car up to any building and walk away. It doesn’t even matter what direction it’s pointing. It’s a novel approach to parking.

Middleham is in the Richmondshire district of North Yorkshire, England, if that means anything to you. It dates to Roman times, but it also happens to be the childhood home of Richard III (1452–1485) who was once the King of England and Lord of Ireland.

I came across an information board in the square that states the population is a mere 870. Quaint is probably the correct word to use here. But what makes it interesting, other than Richard III, the Romans, the Medieval Castle, a 14th-century church, tea rooms, pubs, galleries and antique shops is that there is also a population of 500 horses in the town. 500!

As I drank my tea, I contemplated my day and life in general, but before I got too deep into thought I heard the beautiful clippity-clop sound that only horses can make. And right there in the middle of town, a string of racehorses walked through and every five minutes after that a new group was either making their way to or from the gallops.

I don’t know which I enjoyed more. Watching the horses gallop while taking pictures or watching them stroll through town while drinking tea.

It did beg the question, “Where do the horses live?”

Once my tea was done, I made my way to the castle and from the highest turret, I could see several racing stables. They are tucked in here and there, hiding behind an antique shop or a row of stone houses. There are 13 trainers in the area though not all the farms are in the middle of the town. Some, as you would expect, are on acreage on the outskirts.

It is one of the most charming towns I’ve seen on my travels, with or without the horses. It is endearing and colorful, ancient and romantic, bustling and sleepy. It is a place I would visit again.

The Middleham gallops are known as the Newmarket of Yorkshire and with 10 racecourses only an hour’s drive away, with the gallops and the history it is little wonder why there are 500 horses in a town of 870 people.