Helios Hot on the Heels of MLSJ Team Title 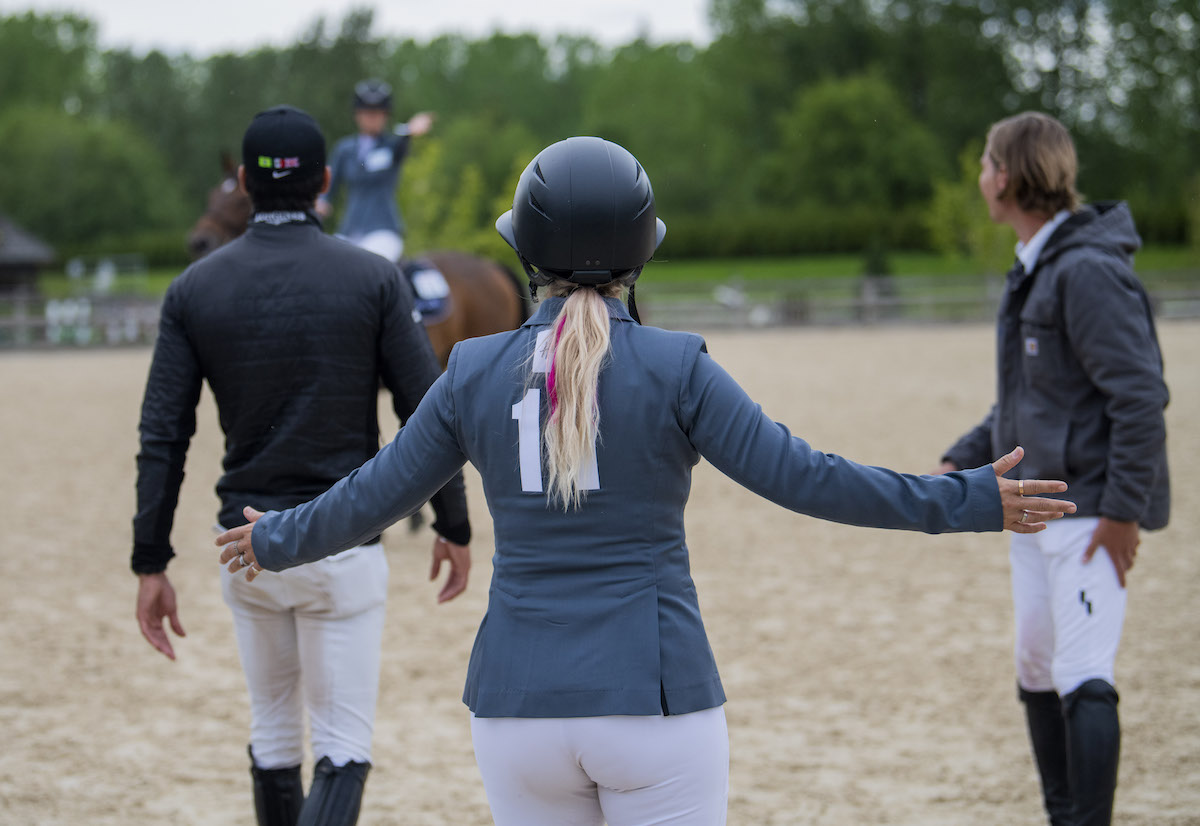 Ashlee Bond (ISR) made winning a habit this past spring.

The CSI5* Rolex Grand Prix at the Winter Equestrian Festival (Karoline of Ballmore). The CSI3* Qualifier at ESP Spring (Donatello). The CSI2* Friends of tbird (Contefina).

Now her eyes are set on sharing the wealth.

Bond is the manager for the Major League Show Jumping team Helios and has assembled a swift six-rider squad—including herself, of course—as the 10-leg circuit embarks on its second season. Helios won the 5* series’ opening leg at Thunderbird Show Park (CAN) in May, utilizing Bond, Eugenio Garza (MEX) and Bliss Heers (USA). The team is completed by Mark Bluman (COL), Simon McCarthy (IRL) and Karl Cook (USA).

“I think we have really good odds,” Bond said. “I mean, we don’t have a weak link. We all have great horses, and we’re all fast, and we’re all winners.”

Garza and Cook joined Bond on several occasions in MLSJ’s opening season as a part of A.I.M. United, each contributing to wins, while Heers and McCarthy were poached from Diamond Devils and Eye Candy, respectively. Bluman is an MLSJ rookie.

“All of our personalities, I feel like we all vibe really great together and we don’t have to tiptoe around each other. It’s a really fun team,” she continued.

Bond did not initially set out to be team manager, but when several of her previous teammates weren’t quite ready to line up for a new season, she decided to take matters into her own hands.

That meant giving her best pitch to her recruits.

Garza needed little convincing to return. Cook was a more difficult sell. To close the deal, she went to his mother—owner, breeder and former rider Signe Ostby.

“We had so much fun [on A.I.M. United], and then his mom was really interested,” Bond said. “So, I talked to her and then I was like, ‘Let me sell Karl on it.’ I think the changes [MLSJ] made [for 2022] with being able to use three horses for the five-star, earning world ranking points in the team event and upping the prize money, it just made more sense [for him].”

MLSJ is offering a $500,000 bonus to the league’s top three teams this year and a $100,000 bonus to the top three individual riders, determined in December at the season finale at the Desert International Horse Park (USA). Helios—the Greek god of the sun (translation: blazingly fast)—is now the team to catch, establishing an early lead in the standings with 10 points.

Bond is applying the lessons she learned from the inaugural season, where A.I.M. United finished third overall, toward moving up the podium in 2022.

“You really want to use your strongest, fastest riders for the second round,” she said. “I think that, lesson-wise, is what we learned from the first year.”

The MLSJ format is unique with its three-round structure. The first round is a test of accuracy; each team puts forward three riders, and all contest the initial course, with their cumulative score determining the team score. The top four teams return for a second round, which is made up of a shortened Table C track in which faults are converted to time (each rail adds three seconds). Just two riders return for this round, with the third designated as the “podium rider.” The third and final round is a one-to-one match up where the top two teams face off for gold and the bottom two, for bronze.

“Fortunately, everyone on our team is super fast. We don’t really have a weak speed rider, so it gives us an advantage for the final round,” Bond explained. “We can go with the horse that is peaking better, not the rider [for the final round].”

Bond can taste victory, and while she spends an extended period of time in Europe this summer preparing for the 2022 World Championships in Herning (DEN), she’d like the winning to continue in North America while she’s away.

“[We felt that our] best shot to win the bonus was [to put forward] our best, strongest, fastest team,” she said. “And we’re going for it.”