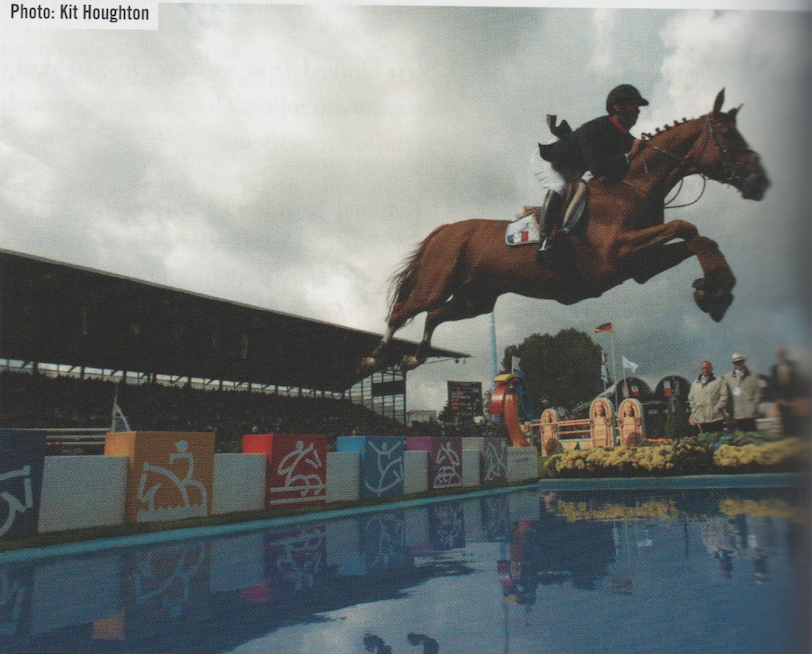 You start to think about what you are going to do immediately. The wheels start moving slowly, then they gradually get faster and faster as time progresses and finally the time comes to take the ideas from your imagination and bring them to life – that is when the hard work starts. Richard Jeffery, who is in charge of the architectural design, and I have a different theme for each course used in the Show Jumping competitions. Kentucky is made for this because of its natural beauty and the importance of the horse to the state.

Everything is fluid when designing a course

And I like that. Things are constantly changing but it is an interesting process that evolves along the way. You could try to set everything in stone months in advance, but things come up that you don’t anticipate and are out of your control, taking you in a new direction. Right up to the last second you need to remain flexible and be prepared to adjust. If a jump builder tells you that one of your designs won’t work, it forces you to look at your work in a new way that you can like even better than your original idea.

I take all course designing roles I’m given seriously

Not just the ones at this level. This is because of the safety risks involved in riding, you want to provide as safe an environment as possible in a sport that has an unavoidable risk factor involved. The burden of responsibility is pretty big for course designers. As far as designing for a competition of this magnitude there is obviously a big title on the line and everyone from the competitors to the spectators expect fair but demanding courses. The whole thing is a balancing game – you don’t want to push the course too far, although at the same time you have to go far enough to produce a result and separate the competitors as they get nearer the final. It’s a very fine line.

It is different with a big title such as this

That’s because the riders are very, very good. If you are not on the ball the competitors will just roll right over the top of you and the course because they are so good and their horses equally so. But at the same time you have to also take into consideration the competitors that aren’t the best of the best and that can’t be faced with the most difficult courses right out of the block. The different phases of the competition are designed to progress in difficulty while narrowing the field of competitors down to the Rolex Top Four Final. You have to use all of yourself to design courses, you have to engage all of your horsemanship skills at the same time.

Everything is taken into consideration when designing a show jumping course.

Jump placement, height, width, distances between jumps, colors and the spectators – everything is a decision. As the course designer you have all these different things up in the air and you have to juggle them. You have to make the choices of which things you are going to keep and what are you going to edit out. Like the competition itself, it is a weeding out process so that you’re eventually left with the best. It is a complex process especially when you are starting as we did where basically everything had to be designed and built.

One of the main goals when I design a course

It is to hopefully produce a worthy winner. Obviously there are the safety concerns, which come first and foremost. But you really hope to design courses that produce worthy champions – and that the spectators enjoy what they are seeing. Our goal is to do a credible job that produces a credible result. We would be disappointed if one particular jump caused most of the problems in a course. Obviously some jumps are obviously harder than others, the last jump is harder than the first for example. You are working to have the course produce faults at all of the jumps. I think course designers are always happy when that happens.