A Reunion to Remember: Karrie Rufer and Vertige de Galarzacs 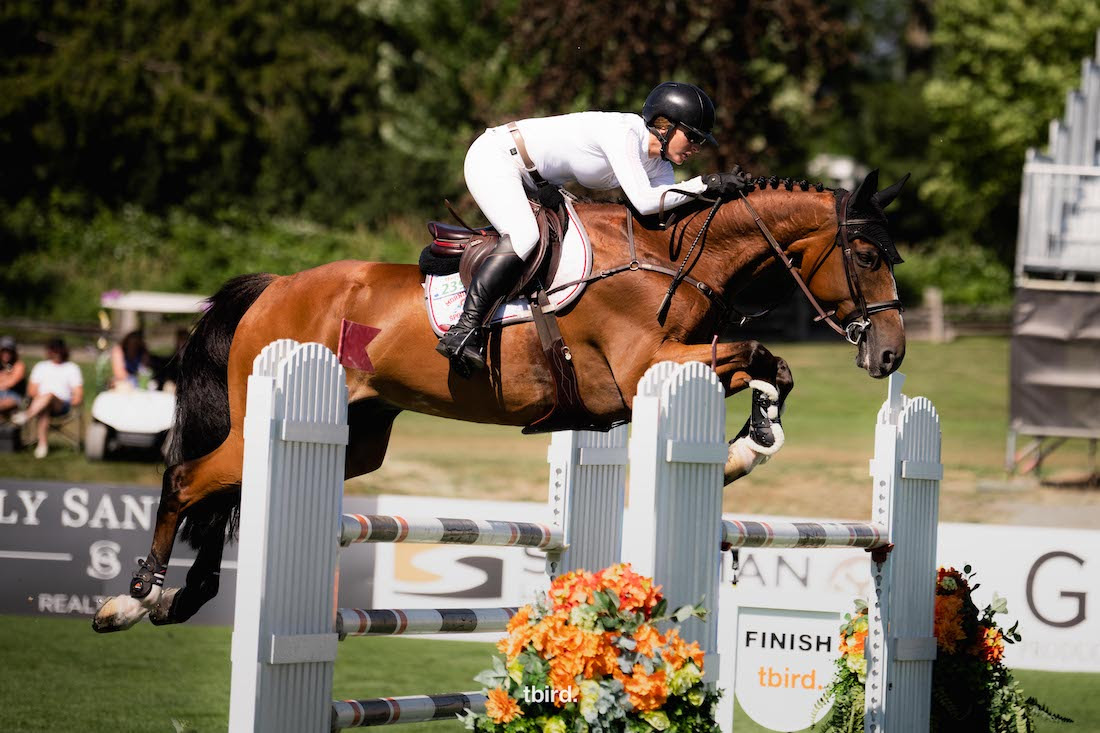 The 13-year-old Selle Français gelding proved it on Thursday at Thunderbird Show Park (tbird), when he and Rufer beat-out a 10-horse jump off to take home the CSI3* Maui Jim Challenge 1.40m on the second day of the tbird Summer Fort Welcome. In fact, after two years touring the globe under Irish riders Darragh Kenny and then Michael G. Duffy, it seems “Vince” is right where he’s supposed to be. For Rufer, the feeling is mutual.

“He’s got a big step,” the American rider said. “He has the most scope of any horse in my barn.”

Rufer said the defining moment that clinched the jump-off for her was actually the track’s first line, which walked in eight strides but mayyyybe offered the possibility of seven to shave off time—if you had the horse to do it.

“As [fellow competitor] Kyle King was coming out of the ring, I was like, ‘What do you think about seven?’ He said, ‘It’s simple. Just do it,’” Rufer recalled. “So, I walked in and just kind of hooked it from [fence] one on. And [Vince] was just ready to go, and just really careful.”

Though it’s been a hot minute and several stamps in Vince’s passport, Rufer and Vertige de Galarzacs  are no stranger to success. The pair previously earned a series of top 1.40m placings together during the Desert Holiday Series in Thermal, California in 2020.

The gelding also logged big wins with Kenny in the irons at the Winter Equestrian Festival in 2021, as well as Rufer’s fiancé, Kevin Winkel (watch their ‘Love Story’ below)—until a recent injury took Winkel out of the saddle.

A horse with stride, scope, and bravery—what more could you ask for?

“You know if you do the big [classes], you never have to really worry about where you’re putting him,” Rufer said.

Little wonder she’s delighted to have him back on her string. Even if it’s temporary. Rufer has every intention of handing the reins back over to Winkel in a few weeks.

“[Kevin] has done a beautiful job with him,” Rufer said. “He’s way more rideable than when he was when I was when I started two years ago. Kevin’s like, ‘Are you going to take him back?’ I said, ‘No, I’m just keeping him fit.’”