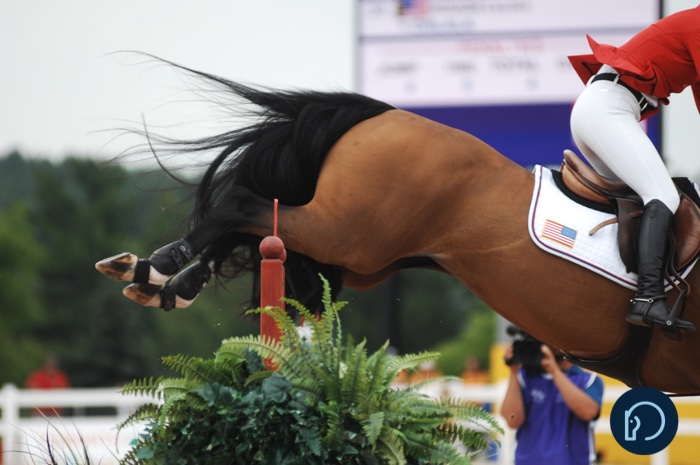 The wait is over.

US Equestrian has finally announced the five combinations that will ride for the red, white and blue at 2022 Agria FEI World Jumping Championship in Herning, Denmark next month. With only one veteran among them, they’re putting their title-defending hopes on the next generation of team riders.

What they lack in miles, they make up in results. Lillie Keenan took over the ride on Argan de Beliard from Portugal’s Luis Sabino Gonçalves in December 2021 and wasted no time jumping into team competition. Using the winter circuit in Wellington to get acquainted, she and the 12-year-old stallion posted a double clear in their Nations Cup debut in Florida last March and went on to post a 0/4 and 4/0 in the Nations Cups in Rome (May) and Aachen (June), respectively. Herning will be Keenan’s first Worlds, but she’s no stranger to championship competition. The 25-year old has twice contested the Nations Cup Final in Barcelona, finishing third on the team and individually in 2016.

Earlier this week Catie Staszak predicted it wasn’t a matter of if Moggre would be named to a championship team, but when. That when is now. The 21 year old will contest his first World Championship with 2021 International Horse of the Year, Balou du Reventon. The pair has posted clear rounds in all six of their senior Nations Cup appearances to date, jumping double clear twice and helping Team USA to three Nations Cup wins. The 16-year-old stallion has won over 1.5 million Euros and has a 46% career clear round rate and 50% top 10 finish rate over 94 rounds (JUMPR App). He’s a winning machine.

The band is back together again. Sternlicht (29) and super mare Cristalline helped USA bring home the team gold at the 2018 World Equestrian Games, a watershed moment for the young professional. The 14-year-old Bavarian Warmblood mare was side lined by injury in 2019 and again in 2021 but looks to be back in form. In eight 1.60m appearances this year, Cristalline has finished top 10 in 75% of the time (JUMPR App).

With 1.60m wins in Wellington, Leipzig and Aachen in 2022 alone, Ward (46) and Contagious are at fever pitch success and show no signs of coming down. Between their Olympic team silver in Tokyo and six FEI of wins this year, the world No. 9 and 13-year-old Dutch Sporthorse gelding were a shoo-in for Herning 2022. Contagious has finished in the top 10 in 70% of his 1.60m appearances in 2021 and 2022 (JUMPR App), which is to say jumping clear and collecting ribbons appears to be a chronic condition.

Competition in the Agria FEI World Jumping Championship will begin on Wednesday, August 10, and continue through Sunday, August 14, with the Team Final on Friday, August 12. The top five nations earn automatic qualification for the Paris 2024 Olympic Games.