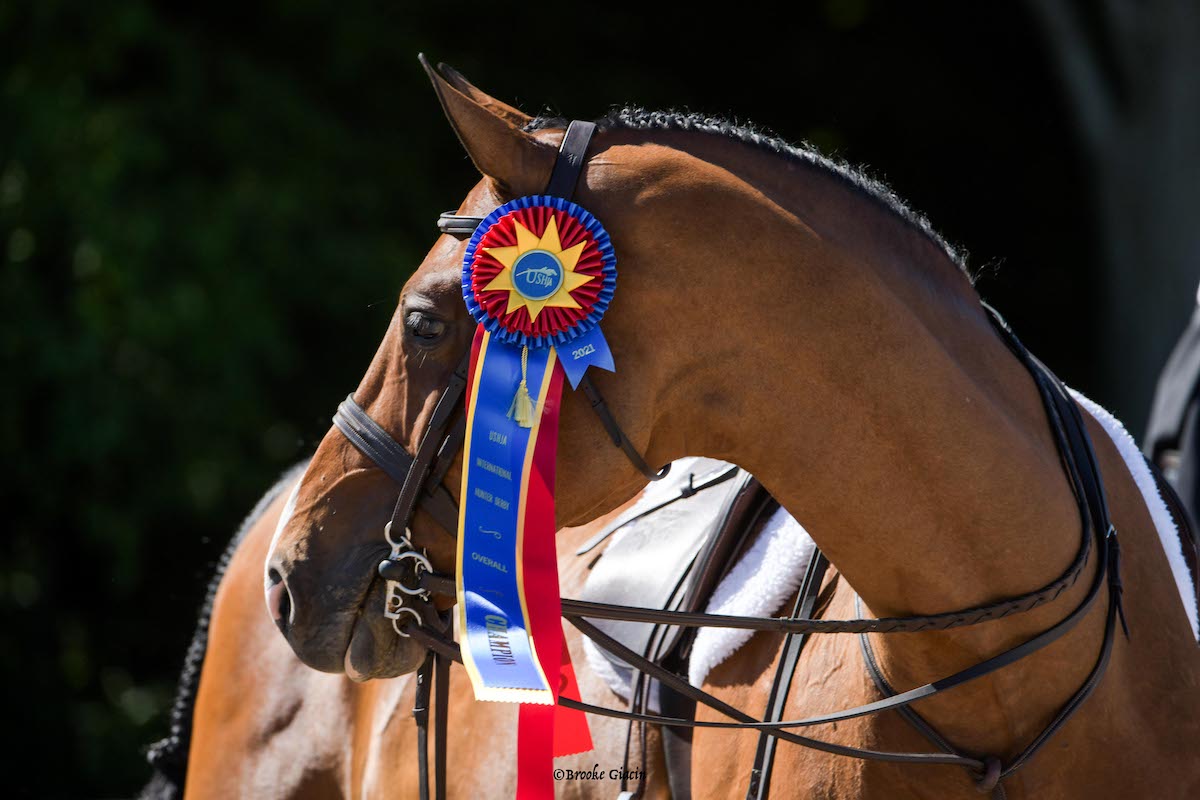 Unique to the Michigan-based show series and exclusive to the hunter divisions, the Hunter Incentive Program is an optional enrollment program that features $325,000 in guaranteed prize money, nine Hunter Finals, and a guaranteed incentive: 70% of the enrollment fee goes into add-back prize money.

The vacation destination show, located minutes from Lake Michigan and surrounded by walking trails, vineyards and cherry orchards, has been incentive itself for competitors over the past six years, growing to a 12-week season in 2021. Matt Morrissey, managing partner of event host Morrissey Management Group, is determined to keep the momentum.

“Over the years, we’ve increased the offerings at Traverse City. We’re up to 13 show weeks this year with Junior Hunter Finals. During that time the emphasis has been on the jumpers, making every week FEI, raising the prize money. We felt it was overdue to show a little appreciation to the hunters,” said Morrissey.

With that, the Hunter Incentive Program was born.

Launched in 2021, the Program runs throughout the 13-week TCHS season, starting June 8 with the Traverse City Spring Show I, and culminates with nine Hunter Finals held during September’s American Gold Cup.

“The American Gold Cup has historically been a jumper only event until it moved to Traverse City. It was one of the first Grand Prix in the country and it’s the longest running Grand Prix still operating. As prestigious as that event is, we felt that if we were adding hunter classes, they had to be meaningful too. So, we decided it should be a Hunter Finals.”

“Our goal is for the Finals to be one of the preeminent hunter events of the year,” he continued. “We have a lot of great hunter events throughout the country—Capital Challenge, the fall indoor shows, Hunter Derby Finals. We want this to grow to something even bigger.”

Let’s get into the weeds:

How does the Hunter Incentive Program work?

Who qualifies for the Final?

Everyone and also anyone. The Hunter Incentive Program Finals are not like a grand prix or an indoor final where there is a cap on the number of competitors. The only requirement is competing at TCHS. To qualify for the Finals, riders must compete in at least two events at Traverse City Horse Shows over the course of the season, one of which can be the Final itself.

“Basically, you can show up the last two weeks of September and qualify. But the sooner you enroll, the lower the fees are,” said Morrissey.

What if you sell your horse midseason? The enrollment fee can be transferred to the new owner. Horse becomes lame or ill before the Final? You can substitute with a veterinary letter. (Eligibility requirements apply.)

What if I don’t enroll?

It’s fiiiine. If you like losing prize money. Horses not enrolled in the Incentive Program are still eligible to compete for the $325,000 in guaranteed prize money during the Finals. The incentive add-back prize money, however, is awarded to enrolled riders only. This means you could potentially win a higher add-back placing than in the class itself.

“Say, you got 10th place in the class,” explained Morrissey. “If you’re enrolled and there are four horses ahead of you in the standings that weren’t enrolled, you’re going to move up to that six position for the enrollment prize money.”

If incredible prize money, a prestigious Finals and tart cherries weren’t incentive enough, there’s one additional enticement for hunters to spend their season in Michigan. The order of go at the Finals is determined by prize money won at Traverse City Horse Shows.

“This program is really for the hunter riders that come and spend a good portion of their summer with us,” said Morrissey. “It’s a thank you, so to speak.”