The Kentucky Derby Presence of an Absent Bob Baffert 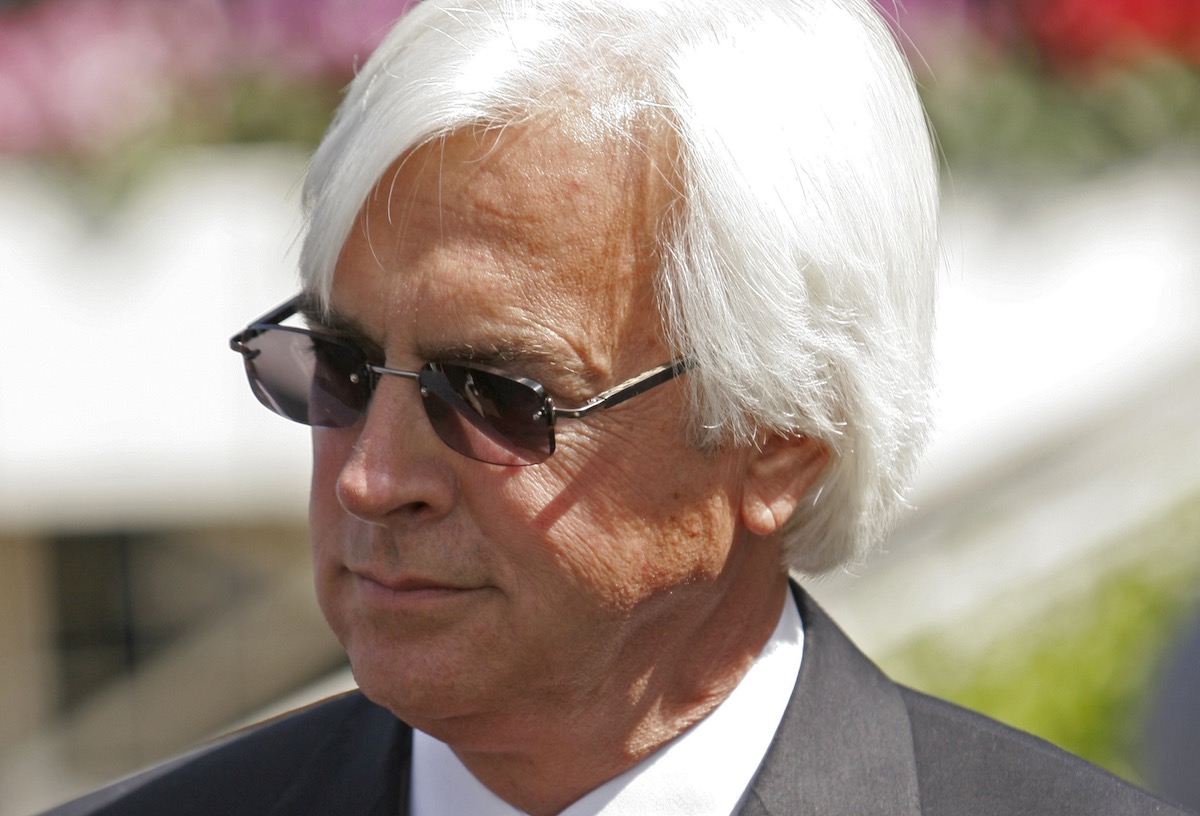 Saturday’s Kentucky Derby 148 (G1) hopes the first “normal” Run for the Roses in four years. The last three years have seen the Derby marked by controversy and COVID.

First there was Maximum Security’s disqualification for interference in Derby 145.

Derby 146 saw the rose blanket decorate Authentic in what was normal fashion save for the fact it was run the First Saturday in September, not May, because of the COVID pandemic.

Last year’s Derby 147 saw the late Medina Spirit cross the line first only to be disqualified—a decision still being fought in the courts—for presence of the anti-inflammatory substance betamethasone, legal but banned in any amount on raceday in Kentucky.

Those last two Derbys had horses trained by Bob Baffert cross the line first—Authentic as the declared winner in 2020; Medina Spirit as the eventual disqualified loser in 2021.

Despite last year’s disqualification, Baffert still shares the record in Derby wins with six. He and his most talented three-year-olds have been an annual presence at the Kentucky Derby since the late 1990s.

But last year’s failed substance test in the Derby, one of two in Kentucky at Churchill Downs (the other with Gamine in the previous year’s Kentucky Oaks (G)) and four overall the past two years, resulted in a two-year ban for Baffert and his horses at all privately owned Churchill Downs, Inc. (CDI) facilities nationwide.

That included a ban on the awarding of Derby entry “points” for any horse trained by Baffert and a subsequent 90-day ban at all Kentucky tracks imposed by the Kentucky Horse Racing Commission (KHRC).

In hometown California, that 90-day ban is being enforced by the California Horse Racing Commission because of a reciprocal agreement.

Lengthier sanctions, also being fought in court by Baffert’s legal team, are being sought by the New York Racing Association (NYRA). A two-year ban there was recently recommended by a NYRA-appointed hearing officer.

On the backside at Churchill, the trainer’s familiar barn 33 is vacant and the plaques noting the accomplishments of his Derby winners have been removed by track officials.

To many longtime Derby enthusiasts, it is not so normal a Kentucky Derby—it is more like a baseball World Series without the New York Yankees, Boston Red Sox or Los Angeles Dodgers.

Still, while Baffert’s legal team continues to fight these sanctions in the courts, the trainer will have to watch from his California homebase as neither he, nor any Baffert horse, is present.

Following the imposition of the sanctions and, while they remain in effect amid the legal wrangling, seven of Baffert’s most talented horses were transferred to different trainers.

Just this week another, Breeders’ Cup Juvenile Champion Corniche was transferred to the Todd Pletcher barn after a lengthy absence from the racetrack for rest.

Not Triple Crown eligible, it was announced the horse believed to be Baffert’s most talented three-year-old would pursue an East Coast campaign, hopefully including the Haskell (G1) at Monmouth and the Travers Stakes (G1) at Saratoga. That campaign would obviously be aimed at November’s Breeders’ Cup Classic at Kentucky’s Keeneland.

Two of the transferred Baffert horses, Taiba and Messier, were gifted to Tim Yakteen while still eligible to accumulate sufficient Derby entry points under the new trainer which, perhaps to the consternation of both CDI and KHRC officials, they did.

Beyond that, Taiba is owned by Zedan Racing, which also owns Country Grammer, the Baffert trainee winner of the March 26 Dubai World Cup (G1) and runnerup in the Feb. 26 Saudi Cup (G1).

Yakteen is a 57-year-old journeyman trainer whose only Kentucky Derby experience was in 1994 as an assistant to Charlie Whittingham. Their horse, Strodes Creek was runnerup in that year’s Derby.

Though he never worked with Baffert at all in Kentucky, he knows Baffert well and has worked as his assistant on several occasions. So, consciously or not, he was likely to follow Baffert’s training methods and jockey choices.

Mike Smith has ridden regularly for Baffert and thought he had his Derby horse in Corniche. That horse’s long layoff suggested the 56-year-old Hall of Fame rider would have no ride in this year’s Derby. Then Taiba won the Santa Anita Derby (G1) with Smith aboard to qualify for a Kentucky Derby gate.

Velazquez was given a choice between guiding Messier and Taiba, the least experienced Derby horse with only two races. Velazquez chose Messier. The ride on Taiba fell to Smith.

Incidentally, should Smith win on Taiba, he would become the oldest jockey to win the Kentucky Derby. He won two previous Derbys, on Giacomo in 2005 and, most recently on Baffert’s 2018 Triple Crown winner, Justify.

Speaking with reporters earlier this week, Yakteen admits to surprise at all the sudden media attention he’s receiving. “I didn’t realize it would be like this,” he said.

And he insisted he’s had no contact with Baffert since Messier and Taiba were added to his barn.

“I can’t change anyone’s thinking [about that]. I’m just going to enjoy myself here.”

In simplest terms, Tim Yakteen is here because Bob Baffert is not.

Baffert may watch the Kentucky Derby in California, but the trainer’s long arm has reached across the 2,076 miles from Santa Anita to Churchill Downs.