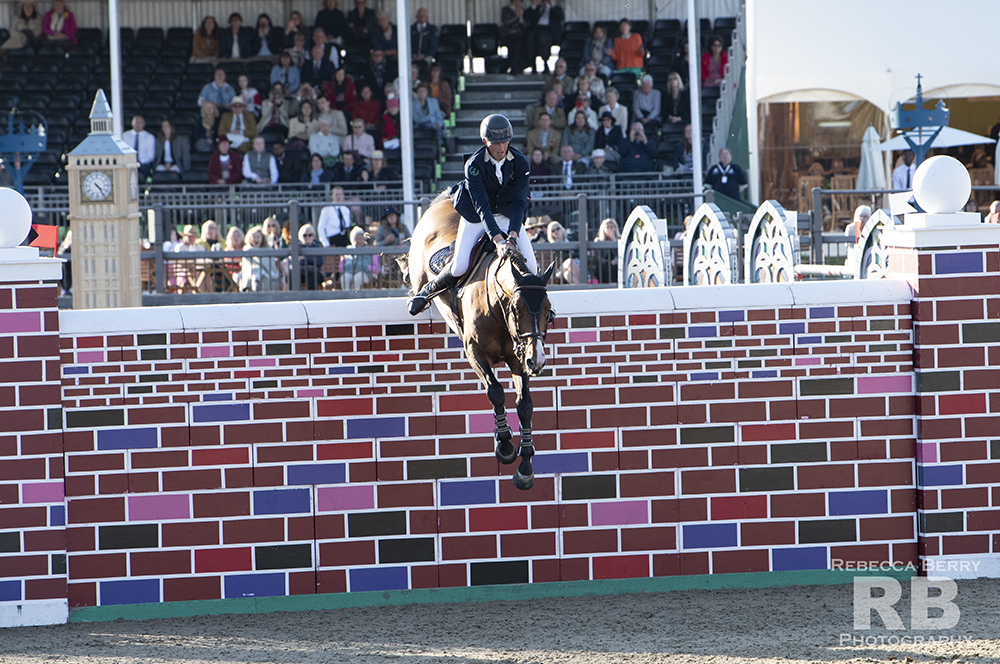 The sun came out for the Puissance at the Royal Windsor Horse Show (RWHS), as did most of the UK.

Thursday’s closing event was one of many attractions on the day. RWHS spotlights horses of all sorts. There are dozens of different breeds, colors, sizes, ages and disciplines going on at any one time—from international show jumping to breed classes, line classes, flat classes, pony club games, Shetland Pony races, four-in-hand driving and, of course, the puissance.

If you have never seen a puissance, it’s the high jump of horse sport. Horse and rider combinations canter down to an enormously high (faux) red brick wall that increases in height over each of the five rounds. Lower an obstacle and you’re out. Highest jump wins.

The word puissance, if you don’t mind my slipping into my #horsewordnerd ways, is from Old French meaning powerful, strong and mighty. We might as well add brave to that list because without you will just canter near the wall.

All nine managed to leave the bricks in place over the first two rounds. Dan Delsart, a British rider who infamously removed a piece of clothing with each round of the six-bar at Bitcon last year (there was a £250 “entertainment bonus” on the line), kept his clothes on for the Queen but lowered the wall with Granby in round three at 6’3″ (1.90 meters).

Defending co-champion Joseph Stockdale withdrew in the fourth round, while Joseph Trunkfield and India Bussey were knocked at 6’9″ (2.05 meters) in the same.

In the fifth and final round five, the wall reaching the dizzying height of 7’1″ (2.15 meters), all but our winners faulted, including defending co-champion Guy Williams (GBR) and Mr. Blue Sky UK, a horse widely regarded as “the most talented Puissance horse of his generation.”

Just how tall is a seven feet one fence? Roughly the same height as basketball legend Shaquille O’Neal (7’2″).

On the docket at the RWHS for Friday is the start of the Land Rover International Driving Grand Prix, featuring six of the world top 10 drivers, and 5* show jumping classes with seven of the world top 10, plus breed classes, Royal Windsor Endurance riding and the celebration of Queen Elizabeth and the Platinum Jubilee.