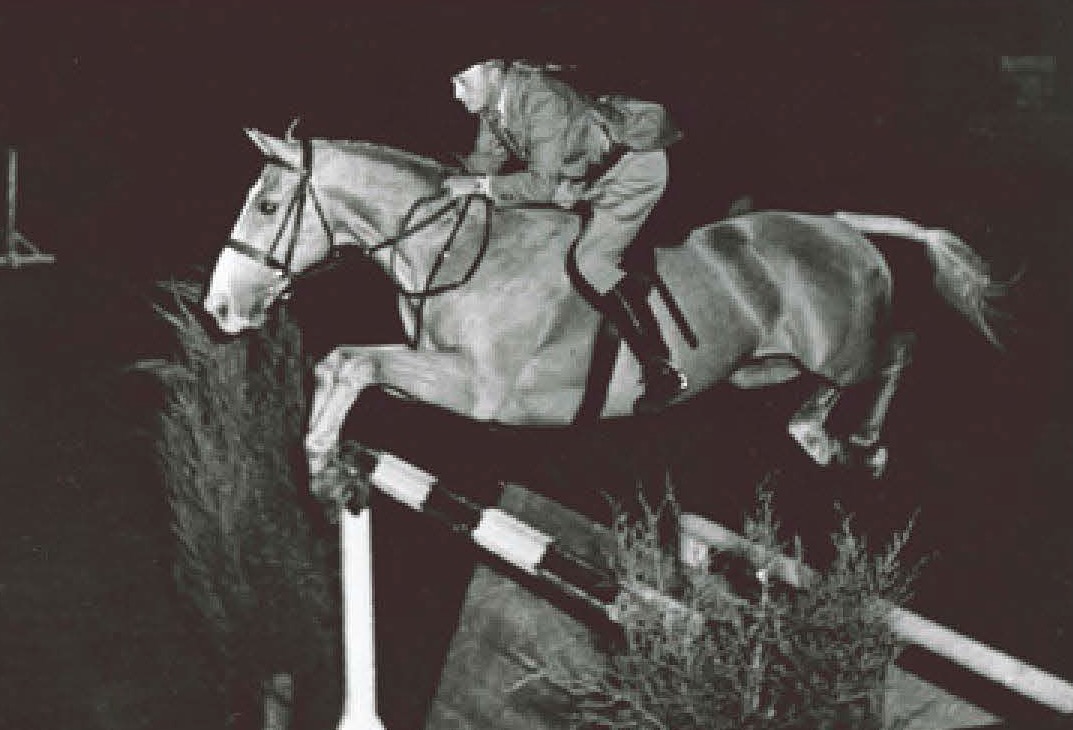 For more than three decades, Pat Dixon was one of the top riders in the open jumper division.

His equestrian talents were multi-faceted. Besides his well-known career in show jumping, he foxhunted on both sides of the At­lantic, rode in point-to-point races, trained horses for sidesaddle riding, broke polo ponies, and drove four-in-hand coaches.

Riding for Fred Pabst in the Midwest, Dixon captured many championships, including once winning all six places in a stakes class at the Wisconsin State Fair. As an Army Sergeant at Fort Riley in Kansas, Dixon dominated jump­ing competitions, often defeating his superior officers while riding the same horses they had competed on in previous weeks. He won the General Patton Memorial class and received the trophy from Patton’s widow.

Showing for Millarden Farms in Pennsylvania, Dixon garnered an impressive array of championships. He retired the open jumper trophies at the Pennsylvania National, Quentin (twice), Lancaster, Bucks County, York, Allentown, Hanover, and Bryn Mawr-Chester County horse shows. Dixon retired the Brian Boru trophy at Devon after it had been up for thirty years.

Dixon won the Professional Horsemen’s Association trophy in 1951 with All Afire, and again in 1953 with Injun Joe, a horse that, renamed Nautical, later starred in the movie “The Horse With the Flying Tail.” In 1951, he rode All Afire to championships at all eight shows on the Pennsylvania cir­cuit. All Afire was also the first horse to be champion at both the Pennsylvania National and The National Horse Show in the same year.