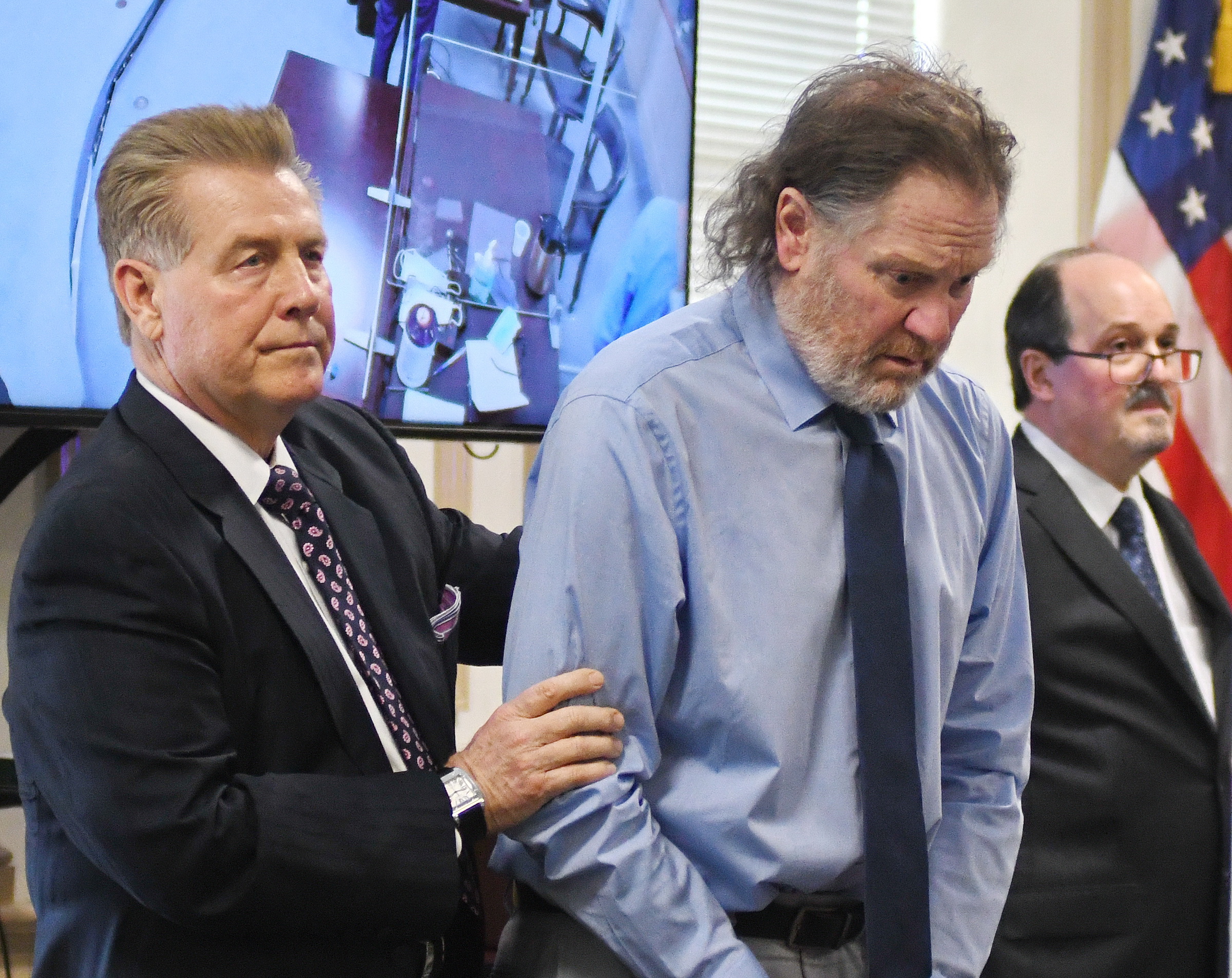 The jury found Barisone not guilty by reason of insanity in the attempted murder of Kanarek, who was shot twice in the chest at point-blank range. He was acquitted of the same charge involving her fiancé Robert Goodwin, allegedly the target of the third bullet that was discharged from Barisone’s gun but missed.

Barisone was also found not guilty of the lesser aggravated assault and weapons charges against Goodwin and Kanarek.

According to the judge, he will now be civilly committed to Anne Klein Forensic Center, a psychiatric institution in Trenton, NJ where he will undergo an evaluation before he returns to court on May 17th.

While the prosecution opened with naming Barisone as the sole aggressor, the defense wove together evidence of an unraveling Barisone suffering from mental illness, arguing he was psychologically tormented by Kanarek, her father, and Goodwin to the point of an extreme mental break.

“At the time of the shooting my client feared for his life. He was suffering from a mental disease,” argued defense attorney Edward Bilinkas.

The three had devised a methodical scheme to destroy Barisone, claimed the defense. Bilinkas cited Kanarek’s volume of threatening social media posts, listening devices planted to record his private conversations, and calls into agencies such as Child Protective Services (CPS) and SafeSport with accusations of sexual misconduct against his then girlfriend Mary Haskins’ 10-year-old son as means to further drive him towards the edge.

“Did you have a plan to destroy Michael Barisone,” asked Bilinkas of Kanarek during her cross examination.

“At some point, yes,” answered Kanarek.

Kanarek told the jury that her Facebook posts were not meant to be threatening, and she herself was the victim of incessant bullying from Barisone, which is what drove her to retaliation.

Bilinkas framed the situation as one of mounting anxiety and paranoia in the days leading up to the shooting. Numerous 911 calls by Barisone and pleas for police involvement were largely dismissed, fueling his impending sense of threat and spiral out of control. Barisone was said to be fearful, sleep deprived, and suicidal. The defense alleged that before the gun was fired, Kanarek and Goodwin initiated a physical altercation in which Barisone was beaten so severely he doesn’t recall shooting the gun.

The prosecution’s argument largely surrounded Barisone’s possession of the 9mm gun, which by condition is a deadly weapon, and so was allegedly acquired with the unlawful intention to kill. Morris County Supervising Assistant Prosecutor Christopher Schellhorn claimed the psychological evaluation that diagnosed Barisone with delusional disorder had no bearing on his actions.

Schellhorn maintained that Barisone instead acted impulsively on the influence of emotion, caused by a specific catalyst, which is consistent with the state of mind required to uphold an attempted murder charge. That catalyst: seeing a caseworker sent to investigate Kanarek’s call into CPS on his farm that day.

“He sees the caseworker there, and he decides in that moment to act impulsively, to act emotionally, and to act purposefully, and to go try to kill Lauren and Rob. So, I would suggest that the evidence shows that the defendant should not carry his verdict with respect to the insanity,” Schellhorn said in his closing statement.

Bilinkas urged the jury, in his closing argument, to consider the lack of evidence surrounding the shooting, where only Goodwin and Kanarek were present, and how the video surveillance was not obtained in a timely manner and thus unavailable.

Ultimately, the jury voted to acquit Barisone of all charges by reason of insanity. Upon hearing the verdict Barisone collapsed into his attorney, sobbing out of apparent relief.

“While disappointed with the outcome, in keeping with our commitment to the integrity of the criminal justice system, the verdict must be respected,” the statement said. “I acknowledge the case has elicited strong opinions when it comes to how the public views the defendant and victims in this matter, and I ask that the public respect the jury members and their decision.”