PBS Nature’s “American Horses” Is an Hour of Equine Escapism 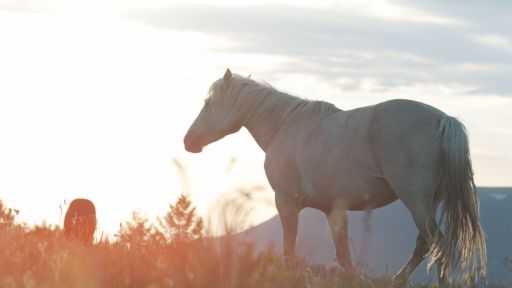 The renowned wildlife program Nature on PBS has produced several equine-centric episodes that span the planet.

Julia Roberts rode with nomadic horse masters in “Wild Horses of Mongolia.” In “Legendary White Stallions,” viewers spend time on the hallowed ground of the Spanish Riding School. There are many others too, but the most recent, which aired February 23rd on all Public Broadcasting Stations around the country, is “American Horses.”

“American Horses” is a cross between a love letter and a survey course of the country’s equestrian legacy. Profiling four of the most iconic breeds in the nation—the Mustang, the Morgan, the Appaloosa, and the Quarter Horse—it crisscrosses the country, interviewing experts in each breed and filming in places where each horse has had the most influence.

Viewers are introduced to the Morgan Horse on the grounds of the University of Vermont Horse Farm in Middlebury, not far from where Figure, the first Morgan, once reigned in the late 18th century. The silhouette of the giant black horse statue at the front of the farm mirrors the beautiful broodmares prancing in the pasture, their foals following behind.

The connection to the landscape is essential to the ethos in “American Horses,” and the cinematography relies heavily on place. There is very little footage of any of the featured breeds in a show ring or dingy indoor arena. The majority of the feature film is shot outside, like any other Nature episode, leaning in on gorgeous plays of light and stunning panoramic shots.

As we learn about the Appaloosas, viewers are transported to the sweeping mountains of Sweetwater, Idaho, where images of thunderstorms and herds of horses captivate even the most cynical among us. In the part on Quarter Horses, the light dances off shiny leather and a freshly brushed out coat as breeder Mike Miller swings his saddle over a horse’s back.

There are moments of admirable self-awareness in “American Horses.” The narrative is digestible to a general audience and yet adds dashes of language more suitable to those who have logged many hours in riding boots. In one animation sequence, for example, the four breeds are shown in profile as the conformation traits of each is explained. While not wildly in-depth, the attention to detail was delicious.

Even though the footage is beautiful, something about “American Horses” felt flat. It may have been the lack of equine diversity on screen. In the first few minutes, the narrator declares that with over 100 different registered breeds, the United States has “the most variety of equid on Earth.” If there are many breeds, why are we focusing again on the big four most already know? How refreshing would it be to cover lesser-known varieties like the Pony of America, the Cleveland Bay, the American Cream, the Tennessee Walker, or countless others?

While the film does make a small effort to examine the less than picture-perfect parts of U.S. history, the emphasis on American Exceptionalism at times makes the episode feel dated. The messy truth of America bleeds into every part of life, including those with horses—the good, the bad, the glorious, and the awkward. Colonialism, displacement, an imperiled environment, and power struggles are a part of every breed’s past, present, and future, not just the Mustangs or the Appaloosas. In an age where we are becoming more aware of complexity, glossy simplicity is rather forgettable, even if it is pretty.

Despite its faults, “American Horses” is still arguably an excellent way to spend an hour whether you are horse crazy or not. It is a solid primer for those looking to know a little bit more about the legacy of horses in The United States and perhaps will serve as a jumping-off point into more stories that tell the complex stories of horses in America.