Any Spine is Fine 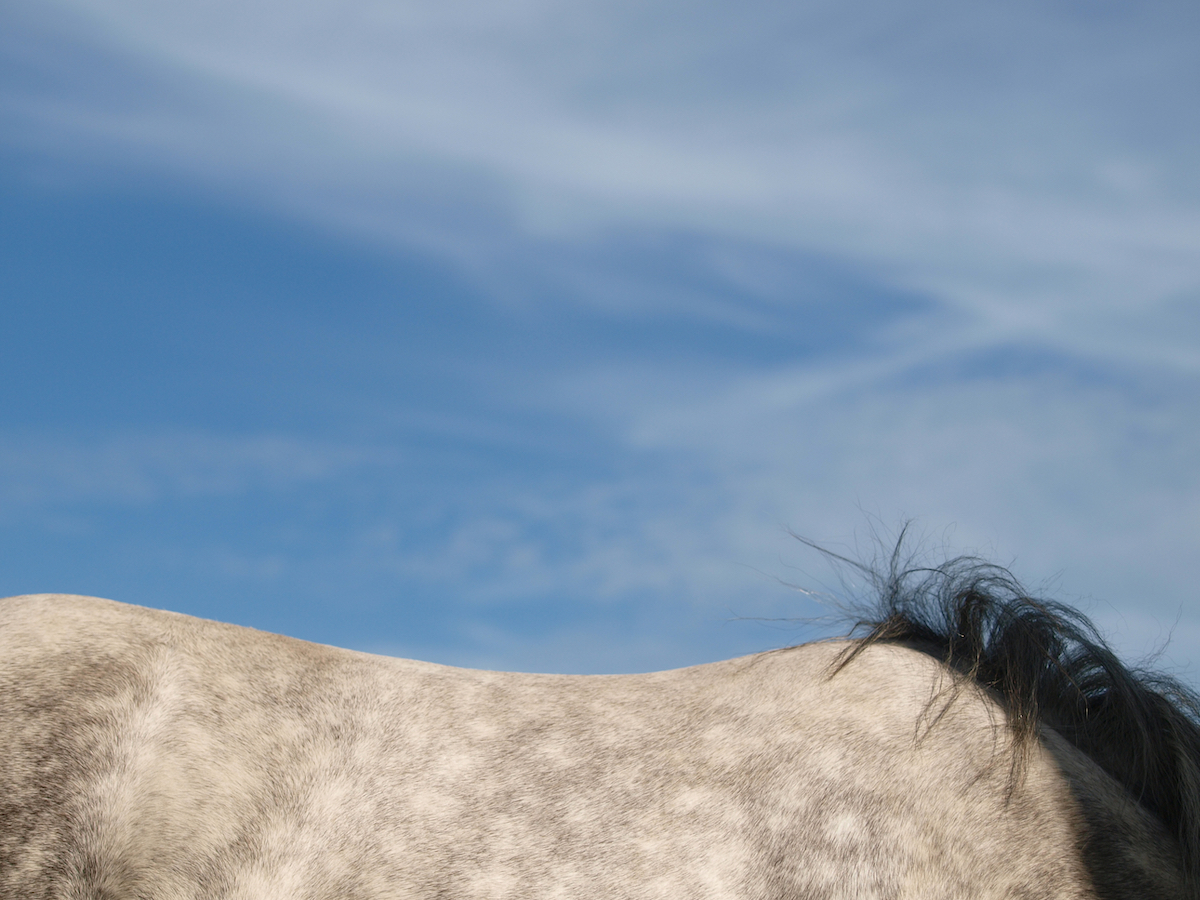 Some years ago, I learned from the game show Jeopardy that Arabian horses have one less vertebra than all other horses.

I thought, well, wouldn’t that make an interesting thing to write about? And it does. But there is much more to it than what the Jeopardy clue offered.

It is true that Arabians have one less vertebra than other breeds. Almost all horses have six lumbar vertebra L1-L6, while Arabs only have five. This is what makes them a strong-backed horse, as the span on which we sit simply isn’t as long.

It was at this point I wondered, probably aloud, if perhaps ponies had fewer vertebrae due to their general small stature.

Turns out horses and ponies of various breeds and sizes have a mixed bag of spinal anatomy.

A study in the Journal of Anatomy in 2021 by Tijn Jan Pieter Spoormakers et al. with the pithy title “A comparative study of breed differences in the anatomical configuration of the equine vertebral column” reported that variation in the number of vertebrae can be found not only within equines, but also within the same breed—which is surprising, if not shocking.

The common thought amongst our learned vets of the world is that horses have 29 vertebrae, 18 thoracic, six lumbar and five sacral.

And the differences don’t end there. Some of the 77 spines tested had 19 ribbed vertebrae (rather than 18) and an asymmetrical rib cage with fewer ribs on one side than the other. Which is the strangest thing of all. But perhaps we can now use this as an excuse as to why Trigger bends so well to the left but not so well to the right.

Shetland ponies had the greatest variation when discussing only the thoracic and lumbar vertebrae, which equal 24. Despite the height and weight of each being comparable, with no obvious signs of either a very short or a very long back, some ponies had only 22 vertebrae while others had as many as 26. Some ponies had 17 ribbed vertebrae rather than 18. There seems to be no rhyme or reason as to why some have more while others have less.

Spoormakers and cohorts believe that selective breeding may be the reason behind these abnormalities. Some horses are bred for jumping, dressage or racing, while some are bred for aesthetics rather than athletics. As the number of vertebrae is uncountable on living horses, unless of course you want to X-ray them from top to tail, it is fair to think that breeders have no idea they are producing horses with a greater or lesser number of vertebrae.

I learned early on in my research that horses/ponies due tend to differ in the number of caudal vertebrae found in the tail, ranging from 15–25. I should point out that in the study, and perhaps always, the caudal vertebrae aren’t counted when discussing the overall number of 29.

So, the Arabian horse has not cornered the market on the abnormal number count of vertebrae.

As a point of reference, humans are born with 33 vertebrae and then we magically fuse a few and end up with 24 as adults. The other thing I learned when researching this is how to spell vertebrae correctly without having to look it up each time.