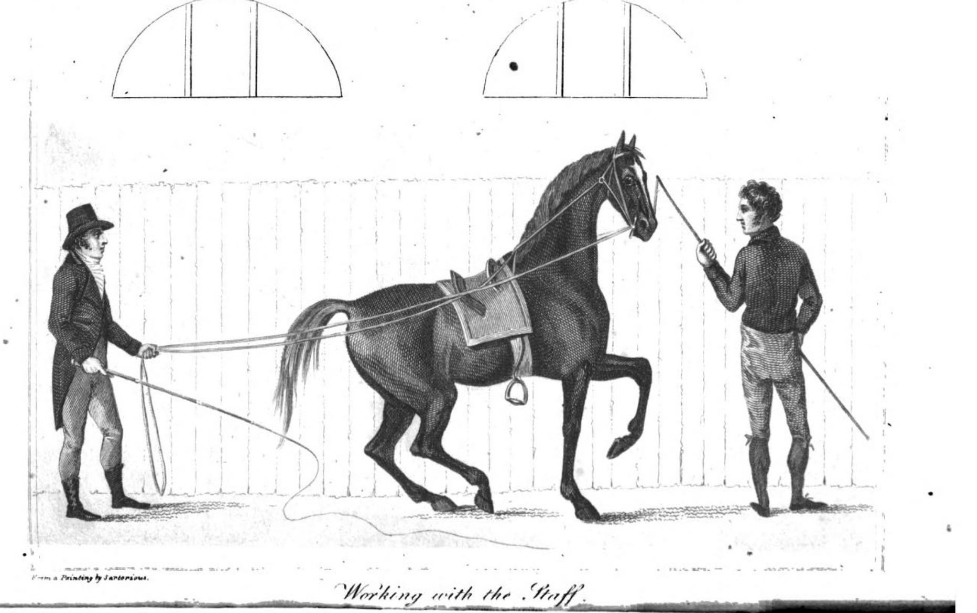 Dressage is regarded as an art form today. But its intended purpose, as I am sure you know, was to train horses for battle.

So, I wonder, are any of the movements we see Carl Hester and his esteemed mounts doing designed to kill?

Let’s start with the obvious two: piaffe and passage.

Depending on who you ask or what source you read, there are three origin stories for the “trot on the spot” known as the piaffe.

One, piaffe was used as a warm-up before battle. Sort of like jogging on the spot. That could be true but it is a lot of work for a warm-up. I would have thought you had to warm-up to piaffe, but I’m not about to ride into battle where perhaps warm-up rings aren’t prevalent.

Two, and this one is more exciting, you could piaffe a fallen foot soldier into the ground. Trounce, I feel would be a good word here. As fun as that sounds, it seems unlikely you could train your horse to prance around on top of someone. Granted, I’ve never tried.

Three, piaffe and his older brother passage were gaits used in parades a few centuries ago, as they are showy and easy to sit. And if you’re a fancy pants high ranking so and so, you’d probably want to look good in front of your countryman.

Now, the word passage has two different meanings, making researching the dressage version more challenging. What I managed to find said nothing to suggest that one passaged their way into or through battle, as I suspect it’s too slow and arduous a gait to be of much benefit. If anything, you might passage away victorious.

During my investigations, I came across a book called An Analysis of Horsemanship, written by John Adams in 1805 (l. I Vol. II, Vol. III). This was a time of heavy and light cavalry, which is to say a time when one might piaffe someone into the ground.

Today, the piaffe and passage are what John Adams referred to as ornamental movements, and nowhere have I found him or anyone of note, suggesting they were used in battle. They were, though somewhat anticlimactic, training tools to increase a horse’s strength, balance, reflex, concentration and speed.

The pirouette, on the other hand, I could certainly see coming in handy out on the battlefield.

Let’s turn our attention to our friends at the Spanish Riding School as they’ve been training horses in military tradition for over 450 years. A type of training that has been around for thousands of years, as far as we can tell. Xenophon, horseman and friend to Socrates, wrote a book all about it, entitled The Art of Horsemanship around 400 BC. But for now, we’ll stick with the movements the Spanish Riding School is known for.

We’ll start with the old classic, the capriole—that signature movement where horse leaps from the ground and kicks out with its hind legs.

It is thought, as once again no one really knows for sure, that the capriole may well have been created so that during battle you could, whilst on your mount, capriole someone in the head, rendering them, more than likely, dead.

If we venture further down this line of thinking, we are forced to ask ourselves, would we capriole randomly and hope to make contact with an unlucky foot soldier, or would we line our horse up with an opponent and hope said man doesn’t move for the next few moments while we get ourselves organized?

I’ve never been on a battlefield, but I suspect it would’ve been far too hectic out there to perform such a move.

If we look at other movements performed by the Lipizzaners, we will see they are steppingstones to the capriole, rather than battlefield weapons.

But let’s try to envision it anyway.

There seems no logical reason to levade in battle, a low rear with an angle of 35 degrees or so where the front legs are bent tight at the knee. It looks fancy but does little in a skirmish.

I can’t see having your horse hopping on his hind legs like a small dog wearing a tutu, as in the courbette, a useful tool, unless the opportunity to trounce once again presents itself.

The croupade, which is just like the capriole minus the head lopping kick, seems a little too much like showboating given the time constraints in the heat of battle.

And finally, we have the ballotade, which has the horse jumping straight up, removing all four feet from the ground, but bending at the ankle displaying his shoes to show, perhaps, as an idol threat. An action you may well be unintentionally familiar with, as it is what your horse tends to do if a plastic bag finds its way underneath him.

Even though dressage riders today don’t capriole their way around the 20×60 ring, at least not with intention, such ornamental movements are best reserved for specialists.

Though I jest, deploying any of these moves on the battlefield exposes the horses’ bellies to foot soldiers wielding swords and bayonets. And to back up this claim of mine, in all those famous battle paintings from that era show no signs of horses doing a capriole or anything of the sort.

As I continued to read through Adams’s book, it became clear very few cavalrymen would be accomplished enough riders to produce such feats, as Adams explains in his book just how difficult it is to teach soldiers to ride. Also, there wouldn’t be enough hours in the day or hock injections in the cupboard to teach hundreds of horses how to piaffe on a body or fly kick someone in the face.

These movements were simply used as training tools to develop a powerful war-horse. Rest assured; Carl Hester is not out to kill. I assume.

Etymology, if you’re so inclined

Airs – Means haughtiness and I now assume it also means gait if I go by Adams’s comment of, “I begin with the walk, it being an air of the least animation and exertion…” in his chapter Description of the Manege Airs, Vol. III. I’d always thought “airs above the ground” was referring to, despite the redundancy, the fact that the horse was in the air. It, I now know, does not mean that.

Capriole – This word started as Latin, capreolus, meaning goat and then, thankfully, the Italians picked it up and changed it to capriola, which is to leap. The French got ahold of the word (Middle French to be more precise) and came up with capriole, meaning caper, which is to skip or dance in a lively fashion as in the cabriole.

Dressage – From the French dresser, as in, to train. In the 1400s, Middle English used dress meaning to train or break-in. Which fits well with John Adams and his use of the word (dressed, dressing, etc.) regarding horses.

Manège – An odd way of saying riding ring. The word came about in the 1600s and stems from the Italian, maneggio, which means handling or training a horse. Maneggio comes from maneggiare meaning to control, this is not the same word, as I’ve just discovered as menagerie, which is a collection of animals held in captivity for our viewing pleasure or the more risqué ménage à trois, as you will see the A and E are switched. Eventually, the French changed maneggio to manège, which the English still use today.

Passage – Passegiatta (Italian) meaning to take a leisurely walk or stroll. Now, I can’t speak for horses, but I feel the passage looks anything but leisurely. Passegiatta was eventually shortened to passegi and finally landed on passage.

Piaffe – De piede fermo (Italian) meaning sure-footed. At some point, de piede fermo was shortened to pie-fer, I think you know where I’m going with this. The French then changed it to piaffe, and we’ve run with that ever since.

The reason why these words seem to come from the French language rather than Italian is that many horse-crazy European aristocrats trained at the Royal Academy at the Palace of Versailles near Paris in the 17th and 18th centuries. Sort of like how we all migrate to Florida or California to train.

Feature image: Working with the Piaffe. From An Analysis of Horsemanship Vol. III by John Adams.