Medina Spirit: The Only Thing He Lacked Was Respect

Home > Blog > Interviews & Profiles > Medina Spirit: The Only Thing He Lacked Was Respect 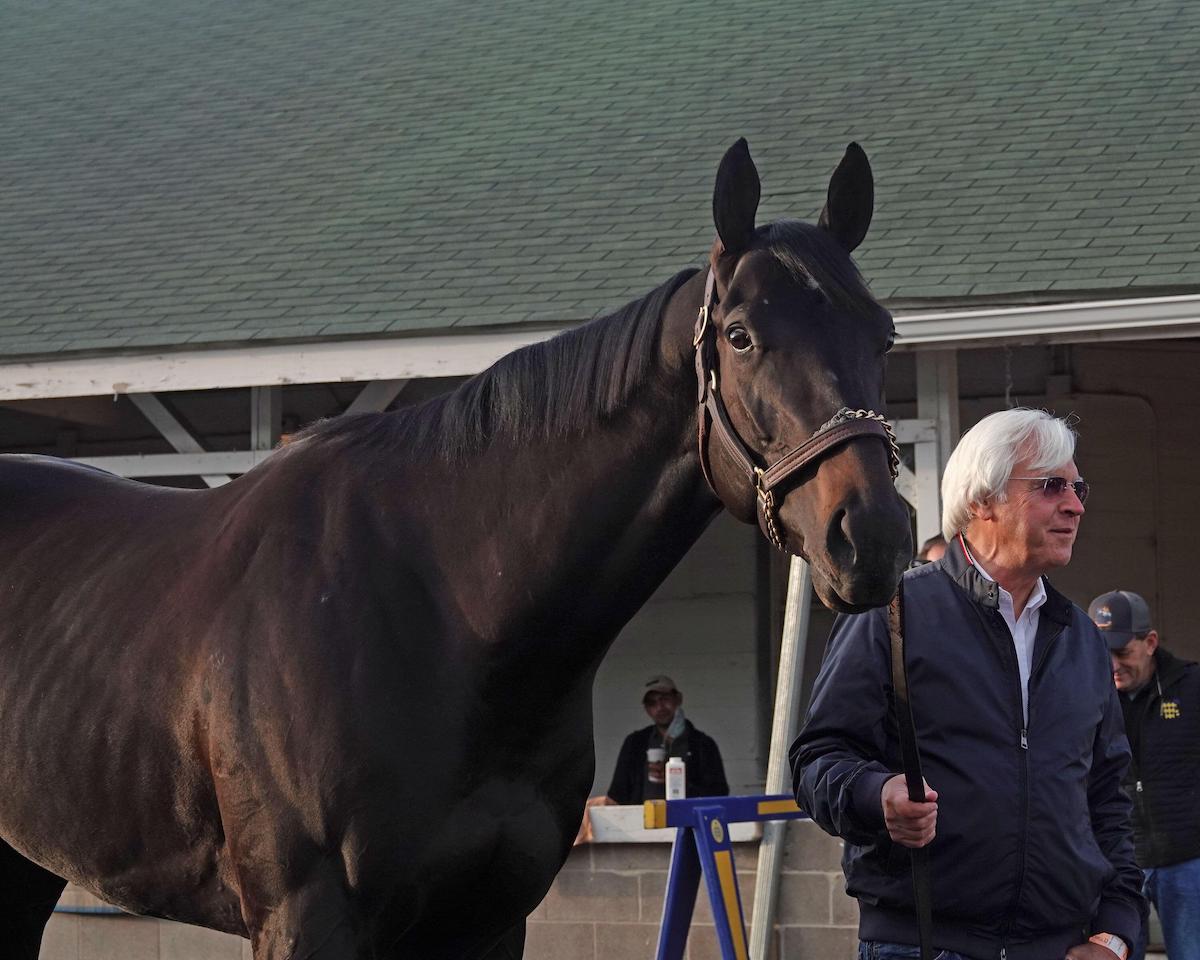 Medina Spirit collapsed and died on a Monday morning earlier this month after a routine five-furlong workout at Santa Anita in preparation for an undetermined race in which he would likely be an underdog—again.

His parents were nothing special.

His sire, Protonico, was a son of Giant’s Causeway and a grandson of Storm Cat. He earned a 16: 7-1-2 career that included three-year-old wins in the Smarty Jones (G3) at Parx and the Discovery (G3) at Aqueduct, a second in the Clark (G1) at Churchill and a third in the Curlin (G3) at Saratoga. At four, he’d win the Alysheba (G2) at Churchill and the Ben Ali (G3) at Keeneland.

But the mile-and-a-quarter is the classic distance and the best he could muster there was a third in the 2016 Jockey Club Gold (G1) at Belmont.

Perhaps a promising stallion. Nothing special as a racehorse.

So off he went to Taylor Made Stallions for the 2017 season at the price of a mere $6,500. Then onto Darby Dan in 2018, then Castleton Lyons the following year where siring a Kentucky Derby (G1) winner from his first crop would up his fee to only $10,000 for the coming season.

Dam was Mongolian Changa, a daughter of Brilliant Speed and a granddaughter of Dynaformer. She raced only six times, winning once and showing twice. She’d go off to one of the world’s leading breeders, Katsumi Yoshida, at his Mongolian Stable.

Perhaps a sturdy broodmare. Nothing special as a racehorse.

But special in racehorses is in the blood. So Giant’s Causeway begat Protonico and Brilliant Speed begat Mongolian Changa and together they begat Medina Spirit.

Florida-bred Medina Spirit was a $1,000 purchase at the 2019 Ocala Breeders’ Sale and a $35,000 purchase in the 2020 OBS premier sale to Amr Zedan and his Zedan Stables. He named the colt after his home city of Medina in Saudi Arabia.

When you wanted to win The Kentucky Derby then, there was only one go-to trainer: Bob Baffert.

Following the first running of the Saudi Cup in Riyadh, horse owner Amr Zedan was awaiting a flight to Dubai when he met Baffert.

The two got to chatting and Zedan says: “Well, I’m getting back into the game. Maybe we’ll get together and win the [Kentucky] Derby.” To which five-time Derby winner (at that time) thinks, Yeah, right.

Baffert is racing’s most controversial trainer, but he has a gift—he can see the winner in the gangly or cheap yearling.

He did it with Real Quiet, a $17,000 Kentucky Derby and Preakness (G1) winner denied the Triple Crown by a nostril in the 1998 Belmont (G1) by Victory Gallop.

Baffert recalled the similarities between the two horses during the press conference after Medina Spirit’s first-place Kentucky Derby finish May 1.

“He [Medina Spirit] doesn’t pay attention to what we paid for him,” said Baffert. “This happened with Real Quiet because he cost only $17,000. Real Quiet never got respect because they looked at the price.”

“I knew he had a heart bigger than his body,” said owner Zedan, following his first-place Derby finish.

He would place third in the Preakness and skip the Belmont to prepare for what amounted to this year’s Heavyweight Horse Championship, the Breeder’s Cup Classic (G1) at Del Mar. There, all the serious Eclipse Award Horse of the Year candidates would settle things on the track.

He prepped by winning the Shared Belief Stakes—there’s irony in that for racing fans—at Los Alamitos by three lengths going away.

Still, he entered the Classic in his usual underdog position, the third choice at 4-1 with Hot Rod Charlie.

He would finish the Classic as the runner-up with a 109 Beyer speed figure, second highest of the weekend’s Breeders’ Cup races to the winner’s 112. In most years, he might have won. In this year, he was racing against a bullet in Knicks Go.

He’s gone now, off to wherever small, modestly bred, large-hearted racehorses go when their morning exercise routines and valiant raceday efforts are done.

He leaves the racetrack with an impressive 10:5-4-1 record and $3,545,200 in earnings. Yet the feeling persists that, like Real Quiet, he remained not entirely respected up to the moment of his equally untimely passing.

“My entire barn is devastated by this news,” Baffert is quoted in a press release. “Medina Spirit was a great champion, a member of our family who was loved by all, and we are deeply mourning his loss. I will always cherish the proud and personal memories of Medina Spirit and his tremendous spirit.”

Hopefully, the memory that most horse lovers will carry of Medina Spirit is of the little horse that could, then did, bolting from the 8 gate at 15-1 odds and holding off Mandaloun, Hot Rod Charlie and favorite Essential Quality—all within a length—to earn his first-place finish in the Kentucky Derby.

That finish is still unresolved for reasons every racing follower knows.

Now Medina Spirit remains with us only in spirit. May his memory achieve the measure of the respect due him that he never could quite attain in life.