Kyle King Can Win, If He Can Get On

Home > Blog > Major League Show Jumping > Kyle King Can Win, If He Can Get On 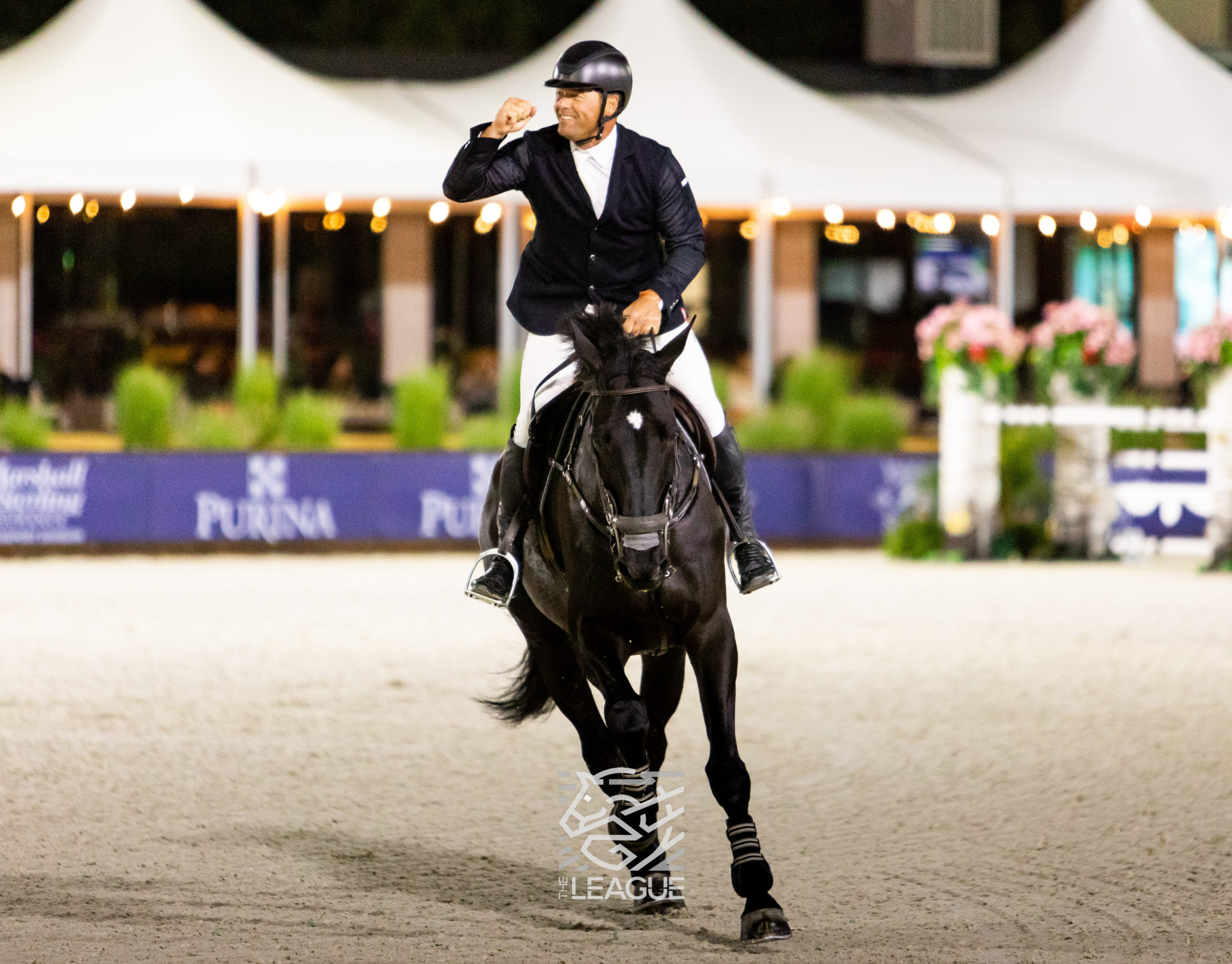 The class marked the beginning of what’s building to be an epic finale of the very first North American 5* League, and Kyle King picked a good time to have the best season of his career.

Diamond Devils’ Sam Walker was just hundredths of a second behind King aboard the 14-year-old mare Hermelien VD Hooghoeve at 39.72 seconds. Devils teammate Nayel Nassar rounded out the podium with the 13-year-old gelding Igor Van de Wittemoere, clocking in at 40.9 seconds.

Magic Mike is as full of character as his name suggests. While some might believe navigating a jump-off is the peak stressor of an athlete’s ride, for King, the sigh of relief comes just after he’s sat in the saddle. With this horse, it appears winning the class is the easy part.

“He’s actually quite easy in a weird way…but he’s quirky about a lot of things. Like to get on. He’s really hard to get on. There’s a little technique we use. It has to be quiet. He has to put his head in a bucket and you can’t touch the reins. And then if he allows you, you get on,” said King

But if you divert from this long-developed technique it can get complicated.

“One of our first classes…I had to get off him [before the jump-off]. I was supposed to go first and he wouldn’t let me on for 15, 20 minutes. All of the managers were standing there and I was trying. I had made a little chute with hay bales, but he just won’t let you get close,” King said.

“Finally, I just jumped on him like from 10 feet away. I had to, because they were freaking out. But I like it to be a little calmer,” he said.

The best horses in the world notoriously have the biggest characters, and Magic Mike is no different.

“He’s quirky about a lot of things, but probably the sweetest horse you’ll ever be around. He’s got this big eye and he’s just a barn favorite. He kind of trains the people…he always has to get treats for everything he does.”

Though don’t take his kindness for weakness. He’s a different beast in the ring.

“[Tonight was] the most I’ve ever really let him open up because he’s always wanting to go. He’s a very bloody horse, so that was fun. It’s nice to know he can he can jump clear moving like that.

“They better watch out now,” he laughed.

It turns out winning is addictive, and King is on a hot streak. Watch him defend home turf with the Roadrunners tomorrow in the $200,000 Desert Flight MLSJ Team Competition.