The Jump That Sold Robert Blanchette on Chardonnay 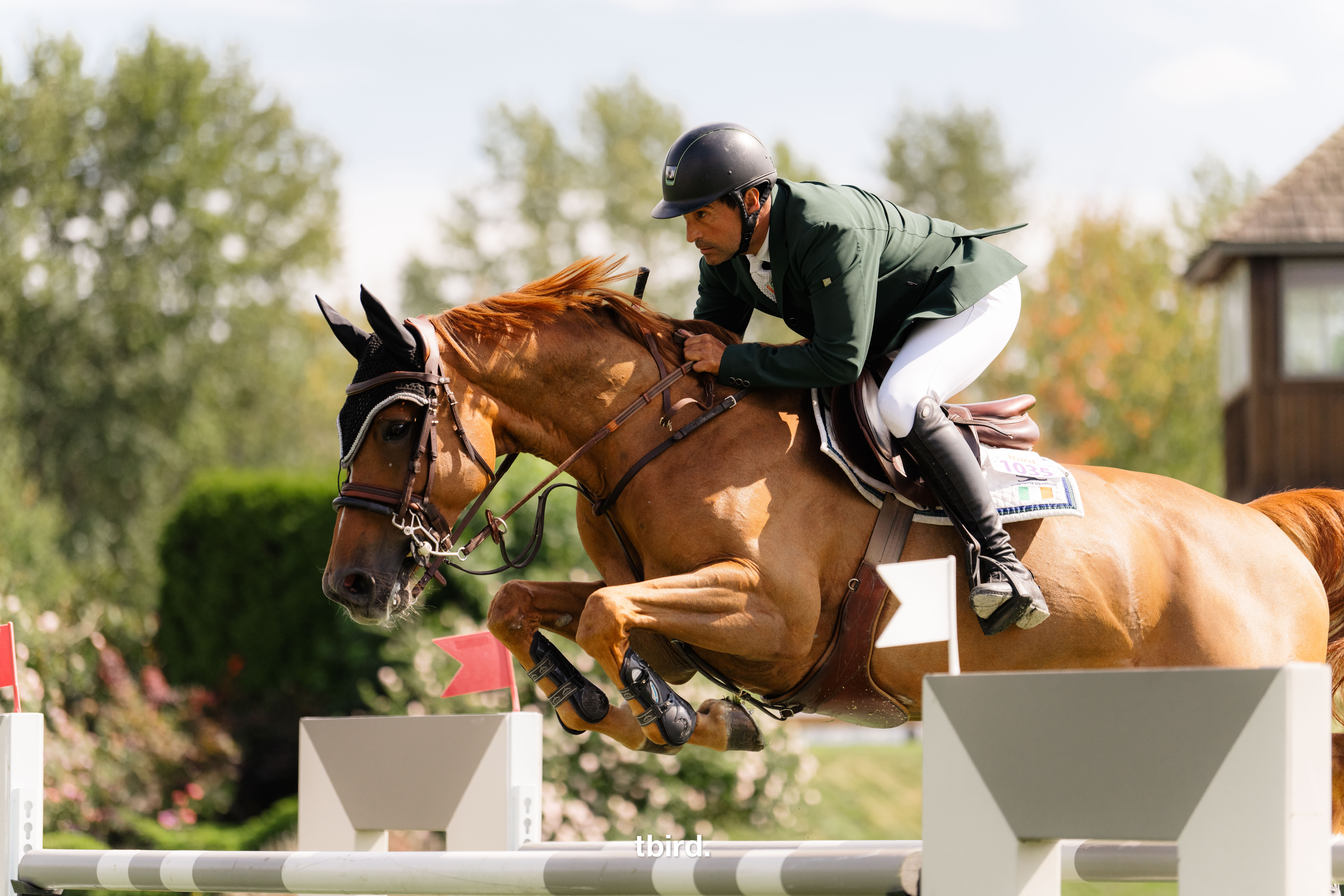 It took one jump to convince Robert Blanchette that Chardonnay was something special.

It was late on a Sunday night in Sweden. Blanchette had gotten a phone call about a horse that he needed to see. While Europe was closed to non-citizens in response to the global pandemic, Blanchette’s Irish passport gained him entry. Flying over from California on an “almost empty 747,” Blanchette arrived in Sweden around 4:30pm and drove a few hours to his final destination.

“I rode [Chardonnay] in a small indoor. It was cold night—typical European,” Blanchette recalled. “She jumped nicely, and then she hit [a rail].”

The jump was reset and Blanchette rode back to the oxer, about 1.45m to 1.50m in height, and made no adjustments. He wanted to see how the mare responded.

“From the corner, about eight strides out, she ran as fast as she could and jumped it higher. She was angry at hitting the jump,” Blanchette said. “That really convinced me. If all else fails, she will take matters into her own hands.”

Blanchette called his sponsors: “This is the one.” He slept for a couple hours and flew home. Chardonnay would follow him.

It’s been a little more than a year since Chardonnay joined Blanchette’s string, and on Saturday at Thunderbird Show Park, Blanchette and the now-10-year-old Westphalian mare dazzled in the $100,000 CSI3* VOLVO Canada Cup, besting a thrilling eight-horse jump-off. Not only was it Chardonnay’s first three-star grand prix victory, but it was also her first career international win.

“I haven’t had a horse that could go that fast at that height and make it seem so easy,” Blanchette said.

The jump-off lineup featured all of the competition’s heavy hitters. Conor Swail (IRL) and Theo 160 had won three FEI classes in less than two weeks. Swail’s student Vanessa Mannix (CAN) and Catinka 25 had won the previous week’s grand prix, the CSI3* $100,000 ATCO Cup. Kyle King (USA) and Etalon had arrived fresh at the Summer Fort Festival to win the CSI3* $37,000 tbird Challenge 1.45m in convincing style. Samantha Buirs Darvill (CAN) and her homebred Baton Rouge were in top form, as were Lisa Carlsen (CAN) and Livestream 2. Blanchette had also advanced to the jump-off with his more experienced mount, the veteran Coupis, who provided Blanchette with valuable information about the track.

When it appeared a round could not be matched, the next rider shaved a few tenths-of-a-second off, until Blanchette and Chardonnay put the class away.

“I’ve never actually pushed her [before],” Blanchette said. “I was always thinking that she had a lot of scope and there was no reason to make her a lower-level speed horse, so I never went fast with her. My plan [in the jump-off] was to go in and ride feels what [felt] right.”

Chardonnay, who Blanchette describes as having a “high RPM,” navigated the track swiftly and confidently. The last in the ring, as they galloped through the timers, Blanchette heard the crowd begin to cheer and realized his mare had won.

“There was not very much difference [between the top finishers], so I’d say it was the horse,” Blanchette said. “She’s a quick horse. You can do the same strides as most people on her, and she beats them.”

Chardonnay, Blanchette said, is most definitely a “chestnut mare.” The past year has been spent learning to ride her “the way she wants to be ridden.” Sensitive in and out of the saddle, the mare has to be pet with care, and after getting too nippy in the barn, Blanchette resorted to giving her treats only when mounted. After each round, you’ll see him reach down to share a cookie.

“It’s like having kids,” said Blanchette, who also has 2 1/2-year-old twins. “I’m basically a servant to her. I do what she wants.”

It’s well-earned. Blanchette is understandably excited about Chardonnay’s future, and he hopes to return to Thunderbird next month for the venue’s CSI4*-W Harvest Celebration, featuring the Longines FEI Jumping World Cup™ Vancouver.

“She’s just a top horse. I think for me, it takes a year to get to know them,” Blanchette said. “It’s been a little over a year now, and we’re just getting there. This horse show is so good. The footing is so good. The course design is so good—that you can really move a horse up.”

A green-skinned grape variety of white wine, chardonnay is typically sipped slowly. No one seems to have told this small-but-mighty, quick-footed, scopey mare.

“That was fun,” Blanchette said.