On Buying My First Nice Helmet 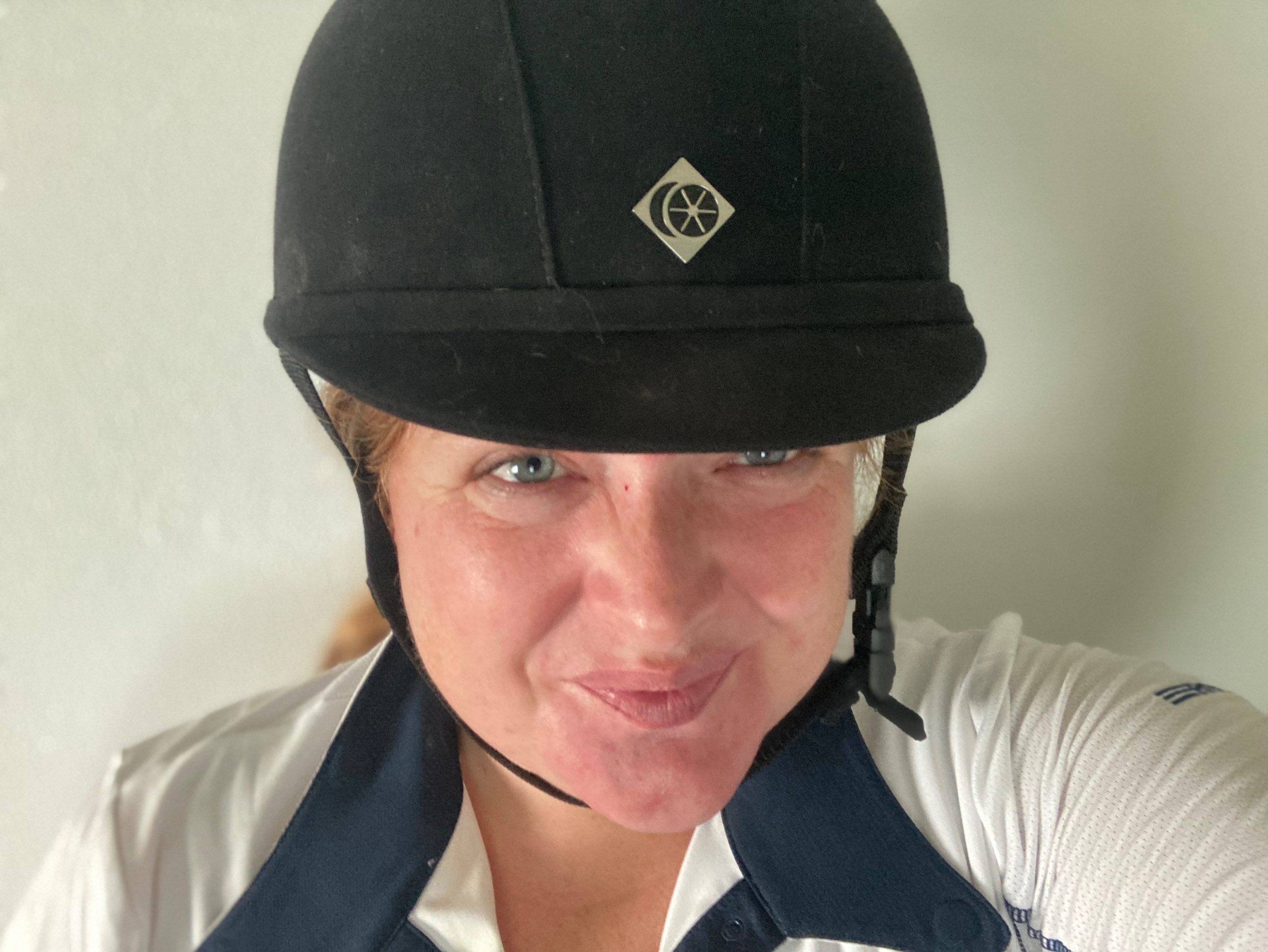 I just bought my first expensive helmet. Then I spent the entire drive home from the tack shop panicking about how much money I had just spent.

Up until that point, I had always worn hand-me-down helmets. (Disclaimer: I know that’s a terrible idea). Or ones from the cheapest rack at the tack shop. (Disclaimer #2: Also terrible.)

But now, sitting in my plaid helmet bag, was a brand-new Charles Owen, with the tags still on it and no one else’s sweat in the lining. A small part of me melted with excitement. I never had something fit my head so perfectly. A more prominent part of my mind was losing it. Was I frivolous? Could I have gotten away with a cheaper helmet? Would my bank account recover? Would I recover? Did I deserve such a beautiful thing?

“Your helmets last you a long time, Gretchen.” One friend said as she tried to soothe my spinning anxiety. (Disclaimer #3: experts recommend replacing your helmet every year).

“It’s best to buy something that fits right,” said another.

“Your head is worth the sticker price,” piped in a third.

All the things they said were true. I had just deposited my old helmet in the trash after two recent falls. (Disclaimer #4: you should replace your helmet after a fall.) The insides were starting to lose their adhesive from being worn so much, and I had hated the thing since I had gotten it five years ago.

Still week in and week out, I clipped it on every time I saddled up. “My brain is the only thing I have worth any money,” I often joked.

What I was feeling about my new helmet wasn’t entirely about the money but a battle over what I thought my brain was worth. Before I bought the Charles Owen, I received a message from an employer about how typos plagued my writing and how I was wasting her time proofreading and formatting errors. I have a stack of these emails from editors, bosses, and well-meaning concern trolls over the ten years I have been writing professionally. I thought I had learned to let it go and that I knew how to handle it when these kinds of messages invited me to partake in my private shame party.

Yet when the message showed up that rainy morning, my insides collapsed, and I spent a good hour sobbing in the parking lot of a coffee shop. I wondered what the heck I was doing with my life.

I have attentional dyslexia and ADHD. My brain can interpret information and make connections quickly. However, it has a hard time catching mistakes and mixes up letters and words in strange places. I have an advanced degree in writing, two spell checkers downloaded on my computer, and I always read things over. Nevertheless, just as a horse can’t see a carrot placed directly in front of its nose, there will always be things I miss because my brain processes things differently.

I am also open about my learning differences and try to let everyone I work with know ahead of time because there is so little cultural understanding of how brains like mine function, and a ton of clout in error-free writing. Even still, things can go haywire.

Frustratingly, my symptoms are inconsistent. Sometimes reading and writing are a breeze. Sometimes it looks like I was typing on my phone while lunging a green colt. There are moments when my words have connected with so many people I feel as though my keyboard could spin gold. And there are others when I cry in parking lots.

The brain I now encase in a fancy new helmet is imperfect and often embarrassing. So it was no wonder I was having a hard time justifying the cost.

Yet its most intrinsic value is that it is a mind that is unlike anyone else’s. It is funny and wise, and brave and resilient. It has an iron determination that often shocks me. But, even if it were none of those things, my brain is still the only one I have. Because of this, it is worth protecting with the best helmet I can buy.