Brash and O’Connor Withdraw From Team Competition in Tokyo 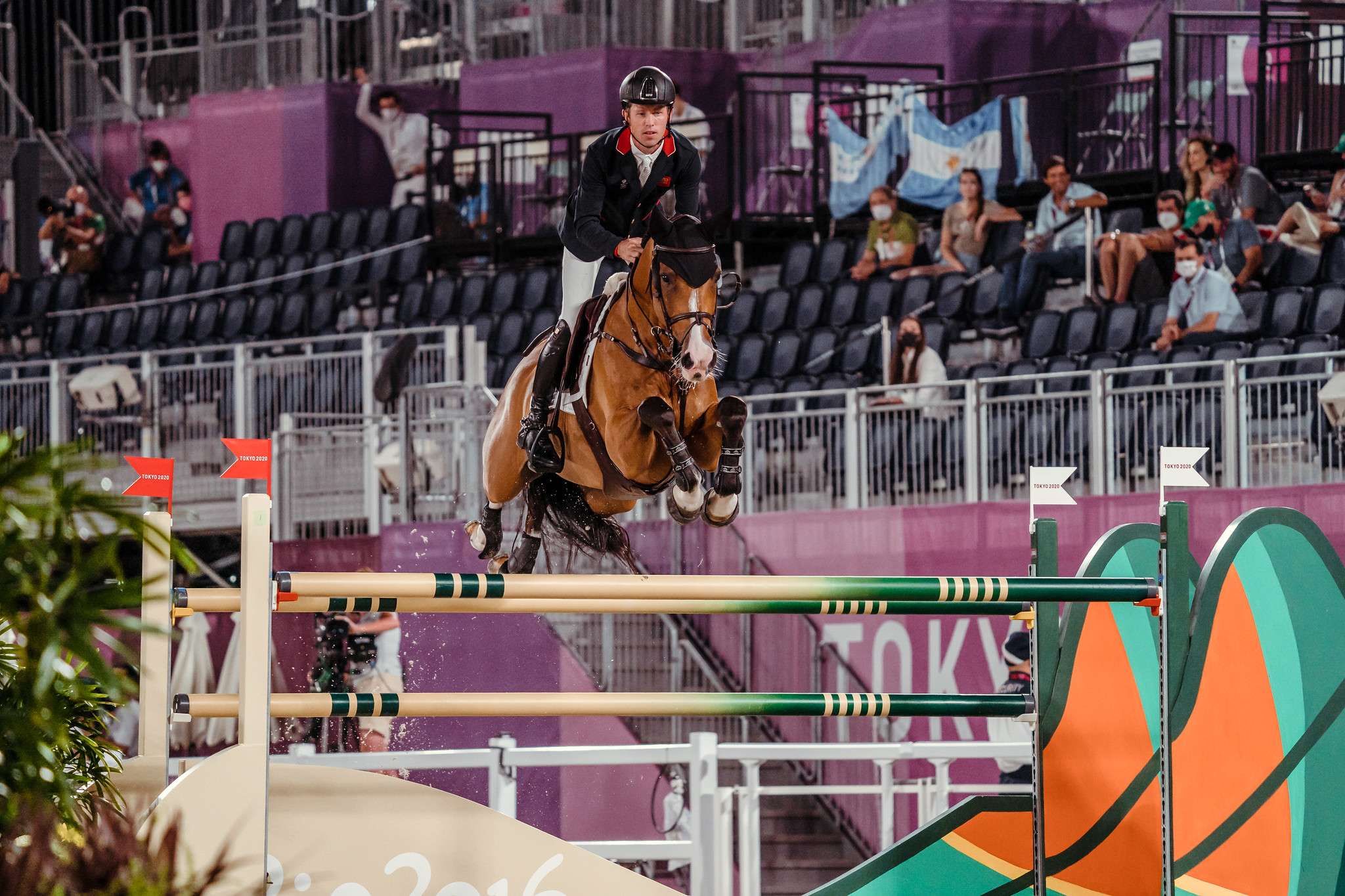 Within 24 hours of British rider Ben Maher winning the individual gold medal in show jumping at Tokyo 2020, teammate Scott Brash has been subbed out of the British squad for the team competition.

Brash’ mount, Jefferson, picked up an injury in the individual round, reported the British Equestrian Federation:

“Ahead of Friday’s Tokyo 2020 Olympic Equestrian Jumping team event at the Equestrian Park at Bajikoen, Team GB has made a pre-competition change in accordance with the FEI Regulations for Equestrian Events at the Olympic Games (article 609). Harry Charles riding his own and Ann Thompson’s Romeo 88 will now join Ben Maher with Charlotte Rossetter, Pamela Wright and his own Explosion W and Holly Smith and Denver, owned by Ian Dowie, who make their Olympic debut, in the team line up.

Jefferson, owned by Lady Pauline Harris and Lady Pauline Kirkham and ridden by Scott Brash, will not compete as Jefferson sustained a minor strain while jumping the individual final.

Equestrian Team Leader Richard Waygood commented; “In consultation with Scott, his valued owners and our team vet, we’ve decided it’s in the horse’s best interests to withdraw from the competition as a preventative measure to avoid a more serious injury. While disappointing for Scott and his connections, the team is still a strong proposition ahead of Friday’s team competition and we thank Lady Harris and Lady Kirkham for their support at these Games and to the sport. Ben and Holly were always going to be in our team line up and it’s great to bring Harry into the trio at his first Games.”

Ranked World #4, Brash was part of the gold medal winning team at the London 2012 Games.

There will also be a change to the Irish side for tomorrow’s team qualifier.

After finishing seventh in the individual contest, 2012 individual bronze medalist Cian O’Connor withdrew Kilkenny, who was seen to bleed from the nose towards the end of the round. Unlike bleeding from the mouth or flanks (which is likely to be caused by bit or spur), nosebleeds do not carry an  automatic elimination penalty.

The horse was immediately examined by both IOC and team vets on leaving the field of play, to establish the cause of the bleed and the condition of Kilkenny.

The official report on the incident stated: “The horse Kilkenny, ridden by Cian O’Connor (IRL), had a nosebleed (epistaxis) during the Jumping Individual Final today at the Olympic Games Tokyo 2020. The nine-year-old Irish-bred gelding, which completed the course with just a single time fault, was checked by veterinarians immediately after the competition and, as a precaution, the horse will go to the onsite Veterinary Clinic for a further examination.”

The Irish horse was given permission to further compete but has been withdrawn by the rider, who posted this video:

Shane Sweetnam and 12-year-old gelding Alejandro will now ride in the team rounds.