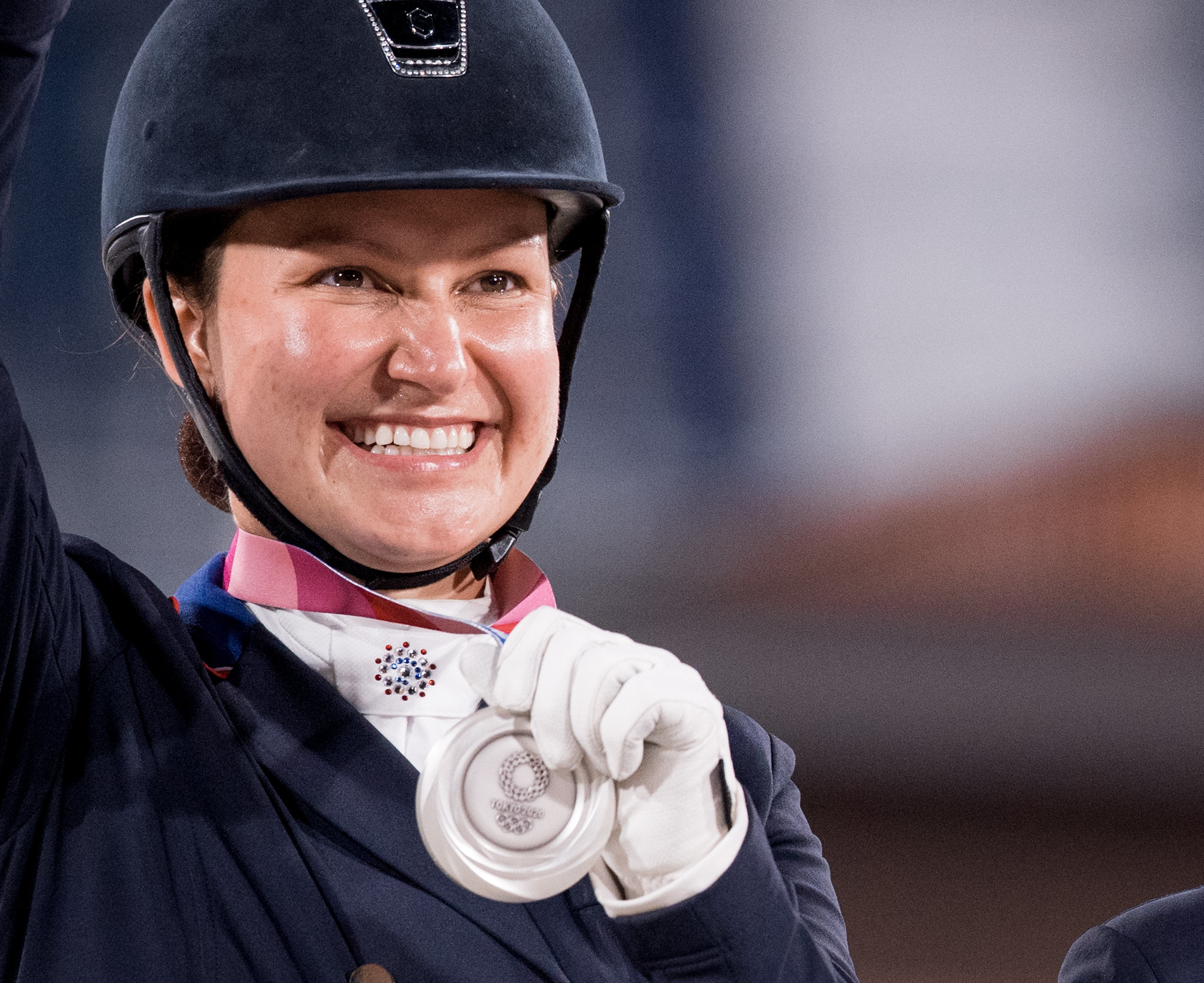 All three of Team USA’s riders qualified for the individual dressage final at the Tokyo Olympic Games—but on Wednesday evening in Tokyo, one was noticeably absent.

Adrienne Lyle and Salvino, averaging the highest scores of Team USA’s dressage combinations heading into these Games, were announced early Wednesday morning to be forgoing the opportunity.

US Equestrian released the following statement:

In a change to today’s anticipated line up, Adrienne Lyle (Wellington, Fla.) and Salvino have made the decision to withdraw from this evening’s competition. This morning, Salvino did not feel quite like his usual self and last night’s historic team medal was an extraordinary accomplishment, and we are proud of the team’s incredible effort. Steffen Peters (San Diego, Calif.) and Sabine Schut-Kery (Napa, Calif.) will continue forward this evening to contest the FEI Grand Prix Freestyle, as they look to achieve more personal bests for our program.

It’s been a rollercoaster of a Games for Lyle, who was returning to the Olympic stage for the second time in her still-young career. The talented professional and Betsy Juliano’s 14-year-old stallion were best at Team USA’s final mandatory team outing in Wellington, FL before headed to Tokyo, and the pair had not lost an international event dating back to CHIO5* Aachen in 2019.

Lyle and Salvino were expected to score in the 80-percent range in the opening Grand Prix test, and while they still qualified for the individual final—the Grand Prix Freestyle—they fell far below their averages, scoring 74.867 %. Afterward, Lyle said, “[Salvino] has some great talent in the piaffe and passage, and unfortunately we had some tension and balance issues, [which] got in the way of showing off what he’s really capable of. I know there’s so much more in there.”

In the Grand Prix Special, which served as the Team Final, Lyle rebounded, and it was a magical day for Team USA. Lyle, along with Steffen Peters and Sabine Schut-Kery, won the first team silver medal for the United States in dressage since 1948. Lyle and Salvino scored 76.109 %; uncharacteristically, they were the lowest-scoring combination of the trio, while Peters and Schut-Kery recorded personal bests of 77.776 % and 81.596 %, respectively.

Lyle and Salvino unquestionably earned the opportunity to compete in the individual final, but Lyle admirably put her horse first and elected to rest him rather than continue on. It’s clear Salvino wasn’t at his very best in Tokyo, but it was still enough for a historic team silver medal. The trek to Tokyo is lengthy, and the warm temperatures in the region can make for arduous conditions for the horses. Evening start times drastically help with this, but three days of competition under the most high-pressure of circumstances—with no crowd to give an energy boost—are, put simply, tiring.

Adrienne herself had the following to say via Instagram:

I couldn’t be more proud of Salvino and his extraordinary effort to help capture the silver medal last night. I love this horse more than words can ever describe and Salvino will now rest up before the long trip home, and I look forward to cheering on our teammates tonight!

Peters and Schut-Kery continued to the U.S. proud in the Grand Prix Freestyle, though without an individual podium placing. Team USA dressage shined in Tokyo, and we can only hope that we’ll such more from these combinations in the future.