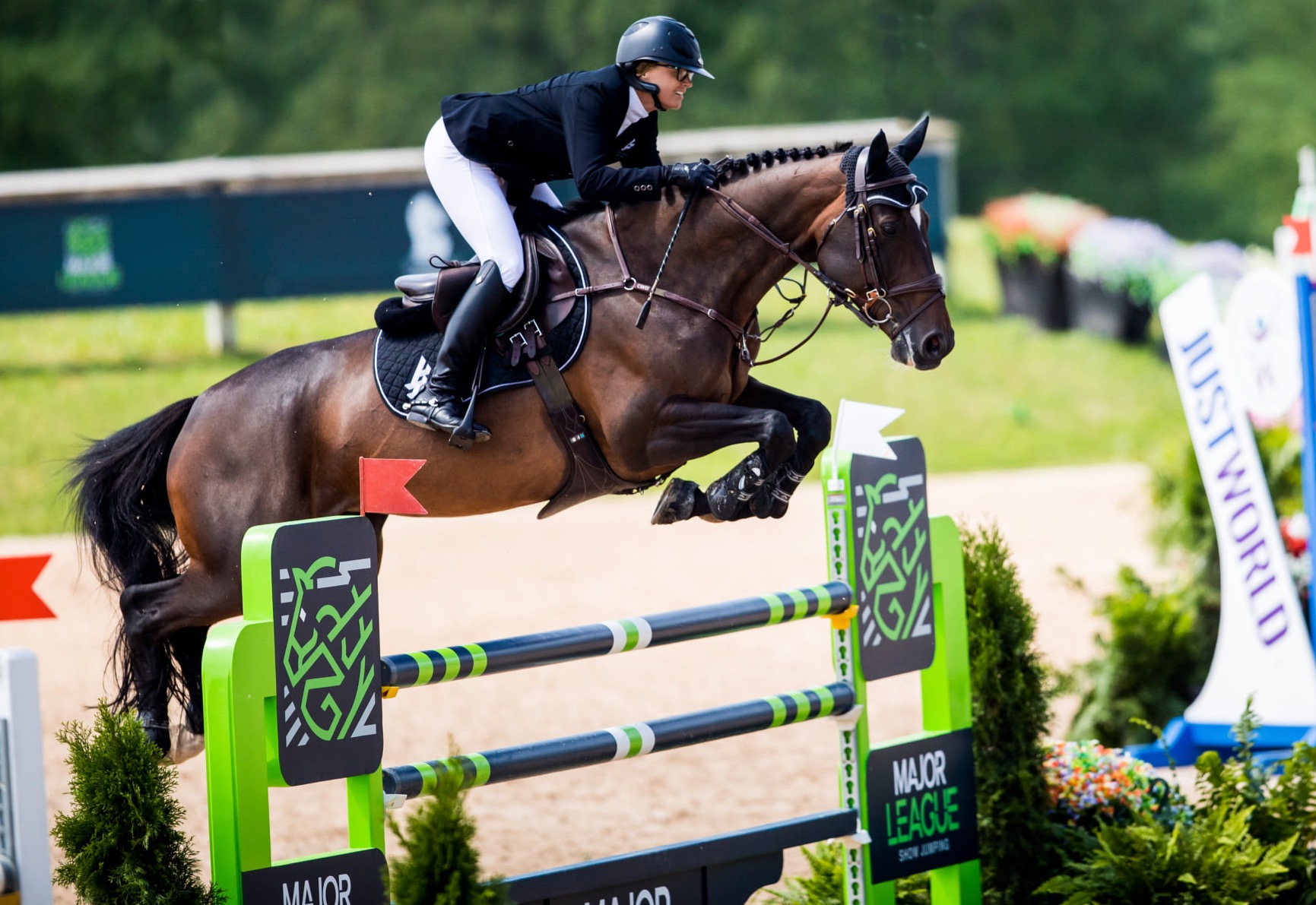 The first 5* team League exclusive to North America, MLSJ includes all the best elements of the FEI Nations Cup, Global Champions League and Longines Masters Series and then condenses them into three thrilling rounds of fast-paced competition that rewards speed, risk and strategy. Most importantly, it’s easy to follow!

Here’s how it works:

In the first round, all eight MLSJ teams compete over a 1.50m course with all three of their riders showing back to back, as they do in the Global Champions League.

“We do a random draw. So if the Team Eye Candy draws first, their three riders compete over the course, we add their faults together and that’s their score,” explains MLSJ co-founder Matt Morrissey.

The goal: stay above the cut line.

“It doesn’t matter if the team is first or fourth in that first round, they just have to stay above that cut line. After the fourth team is gone, the next four teams know exactly what they have to beat to stay alive. So you’re creating some excitement right away,” he continues, noting that the cut line will be prominently displayed on the scoreboard. (No complicated math calculations required.)

Like the FEI Nations Cup, team managers set the ride order for their team. Unlike the Nations Cup, there’s a wild card option in MLSJ. If a team rider or horse can’t compete due to injury or a national team conflict, a team can recruit a “spare” rider at the event.

The bottom four teams in Round One are eliminated. The top four teams advance to the First Jump-Off—a speed round where faults convert to time penalties over a shortened course of six to eight fences.

“Knock a pole down and we add three seconds to the clock,” says MLSJ co-founder Keen White.

“When we were thinking of this model, we were really looking at the Paris Masters. They have a speed class where two seconds are added to the clock for every rail. It really makes it exciting because if a rider has a rail down, they just started going faster and faster and the crowd really gets into it. So that was an aspect we really want to bring in.”

In other words, riding for a careful clear won’t cut it.

But there’s a twist! Only two riders from each team compete in the First Jump-Off.

“Each team’s manager will choose two of their three riders to compete. Again, both riders ride back to back and their times are added together to determine their score,” says Morrissey.

“This is where it gets interesting,” says White. “Whatever rider you didn’t ride in the First Jump Off now competes in the gold medal match or the bronze medal match—one rider against one rider, fastest time wins.

“So you’ve got some strategy that comes into play. Do you ride your two strongest riders in First Jump-Off to make sure you get to the gold medal match? Or do you try to save your strongest rider for the heads up round?”

The entire team event takes about an hour and a half. (Hello, TV-friendly format.) Fast-paced excitement is guaranteed!

MLSJ Team Competition – How It Works from Traverse City Horse Shows on Vimeo.