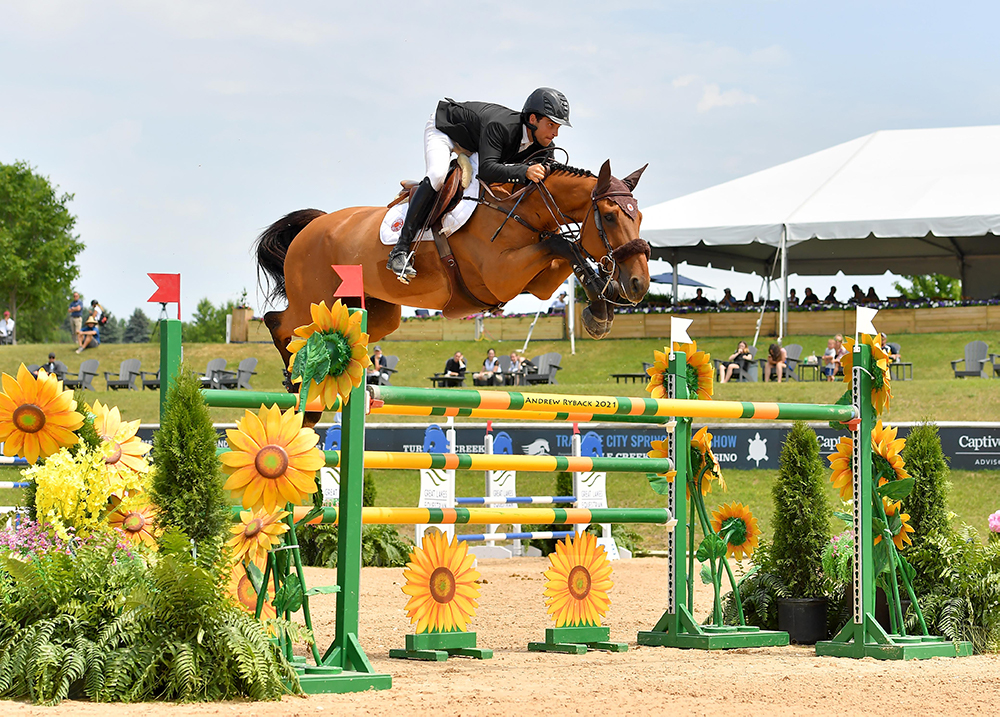 “I’ll be honest. Mark Bluman, my cousin, has been riding him but I felt I was coming a little weak [in horse power] here this week and I wanted to have a speed horse to jump in the other classes, so I put Cachemire in the truck.”

He wasn’t planning to show the nine-year-old Selle Francais in the grand prix, either.

The bay gelding, shown widely at the 1.45m level, had only four international 1.50m appearances under his belt, the first at Traverse City last August, and made his 1.55m–1.60m debut in the 3* Grand Prix at North Salem just weeks earlier in May with Mark.

But when the opportunity to ride two horses in the $213,300 Turtle Creek Casino & Hotel Grand Prix CSI4* arose, Daniel nominated Cachemire for the class in addition to his stallion Ubiluc.

“I put him in just to see what happened.”

What happened put the pair atop the podium and earned the young horse’s biggest career win to date. Daniel and Cachemire topped a 25 horse starting field that saw seven riders advance to the jump off.

Daniel thought it was good enough to take the win.

“Camilo put in an incredible performance,” he said after the class. “What he did in the jump-off, I turned around to Roberto [Teran] and I said, ‘I think it’s over.’ To be honest with you, with any other horse that I have it would have been over.”

Then Cachemire entered the ring. After posting a four fault performance with Ubiluc, Daniel lay down a blistering track with the gelding, shaving half a second off Rueda’s time to cross the timers in 33.01 seconds.

“Cachemire is one of my faster horses and he is used to going fast because that is his job,” said Daniel.

“I gave everything I had and it paid off. Congratulations to Camilo but I’m happy, I tried and it worked out.”