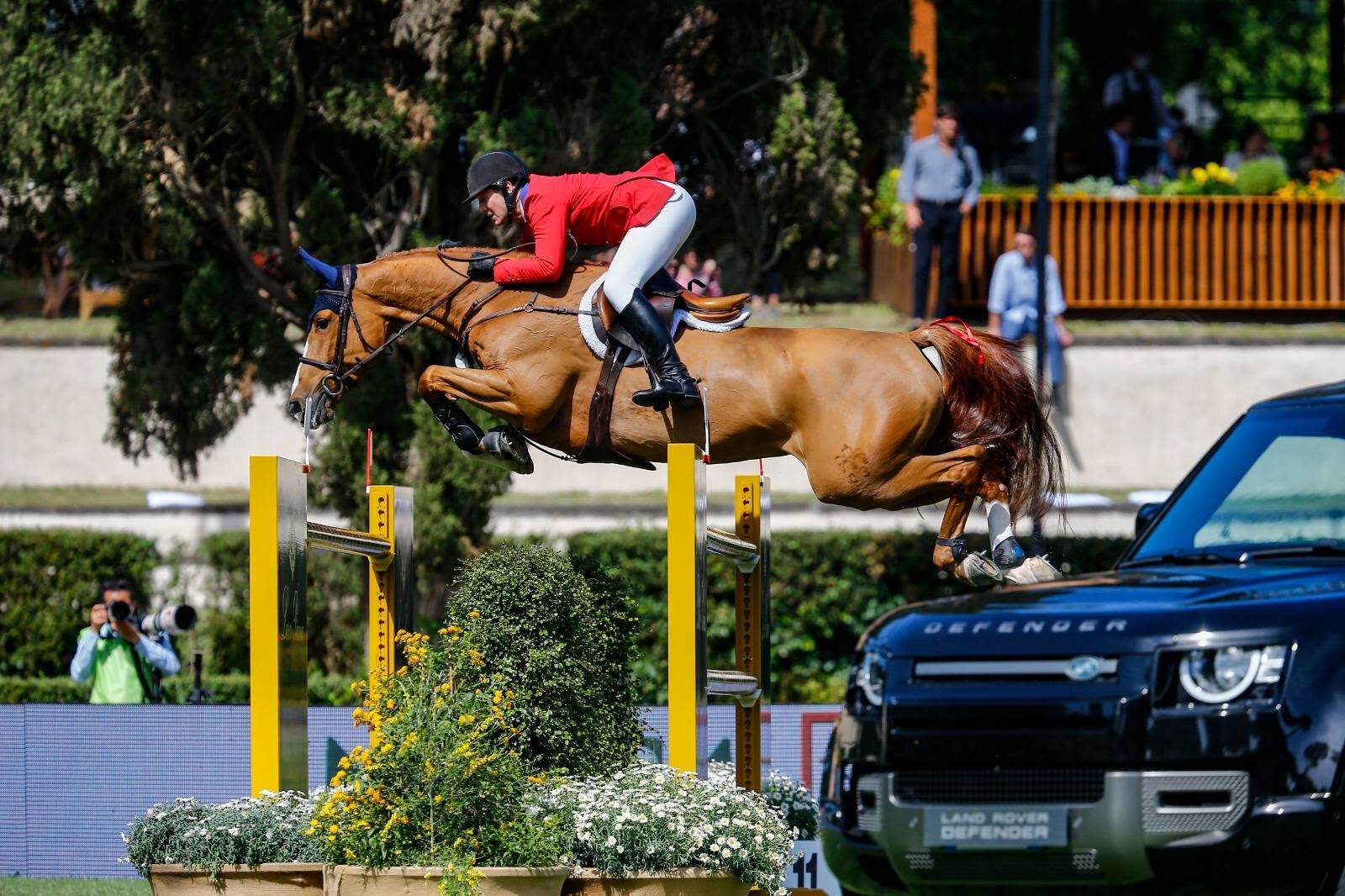 The U.S. Jumping Team finished fifth in the CSIO5* Nations Cup of Rome at the Piazza di Siena in Rome, Italy, the first Olympic observation event for the Tokyo Olympic Games since Chef d’Equipe Robert Ridland named his Short List in April.

Finishing on a total score of 9 faults, the group, consisting of Kent Farrington and Gazelle, Jessica Springsteen and Don Juan van de Donkehoeve, Laura Kraut and Baloutinue and McLain Ward and Contagious, were just a single point behind third-placed finishers France and Brazil, who tied on 8 faults. Belgium took the win in a jump-off with Germany.

“Overall, we’re very happy with the way it all turned out. Naturally, we always aim for a podium finish and we were just off by a fault, so we were right there in it,” Ridland said.

“More importantly, this is the beginning of the second phase in our preparations for the Olympics, and I have to say, I am very happy with the way things turned out, particularly in the second round. We have some newer horses involved and it is still a bit of an adjustment, but I could not have been more pleased with how things came together for our horse and rider combination and the adjustments that were made. They did a great job. Our rounds were beautiful and it’s a very positive feeling back in the barn right now.”

The round by round breakdown was as follows:

Ward and Contagious shined as the anchor combination for Team USA, delivering in both rounds. Of course, Ward is a two-time Olympic gold medalist and a veteran of four Olympic Games, the most among this group. He is a favorite to lead Team USA in Tokyo and is Short Listed with three mounts—Contagious, Kasper van het Hellehof and HH Azur, who won the CSI3* Empire State Grand Prix in North Salem, NY just a week ago.

Contagious was named to the 2019 Pan American Games team with Ward in 2019, but an injury forced Ward to withdraw him from those Games. The 12-year-old Deutsches Sportpferd gelding returned to FEI competition after nearly a year off last August and appears to be on a most upward trajectory.

Related reading: McLain Ward to Sit Out First Championship in Over a Decade

Laura Kraut and Baloutinue have been paired for the least amount of time of this group, with Kraut having acquired the mount when St. Bride’s purchased the horse a month ago in April. Still, the partnership got off to a tremendous start, winning the CSI3* $137,000 Bainbridge Companies Grand Prix during the ESP Spring Series in Wellington, FL on April 18—their third class together.

This combination is going to be exceptionally dangerous, and I would count Kraut as a leading contender to make the team in Tokyo. Kraut is still very much getting to know and learning about her new mount; it was encouraging to see this pair improve from an 8-fault drop score to a clear performance in this Nations Cup.

Jessica Springsteen and Don Juan van de Donkhoeve also improved from Round 1 to Round 2, coming home with just a time fault in the second round of competition. This pair contributed to a winning effort for Team USA in the CSIO4* Nations Cup at the Winter Equestrian Festival in March and finished fifth, just behind Ward and Contagious, in April’s CSI5* $500,000 Rolex Grand Prix, also in Wellington.

Leadoff pair Kent Farrington and Gazelle are accomplished veterans, having won the 1.70m CSIO5* Rolex Grand Prix of Aachen, arguably the most prestigious grand prix in the world, in 2019. While this Nations Cup performance was not the pair’s best, Farrington, in this writer’s opinion, manages his horses as well as, if not better than, anyone in the sport, and would most certainly have his mount ready to peak in Tokyo should he be selected.

Farrington was the highest-placing American at the 2016 Rio Olympic Games with Voyeur, finishing just off the podium (fifth) in individual competition. Still, he left those Games with a team silver medal.

Just three riders will make the final team to represent the United States in Tokyo. The next Observation Event for Team USA is the Longines FEI Jumping Nations Cup™ of Poland, set for June 13–16, 2021.