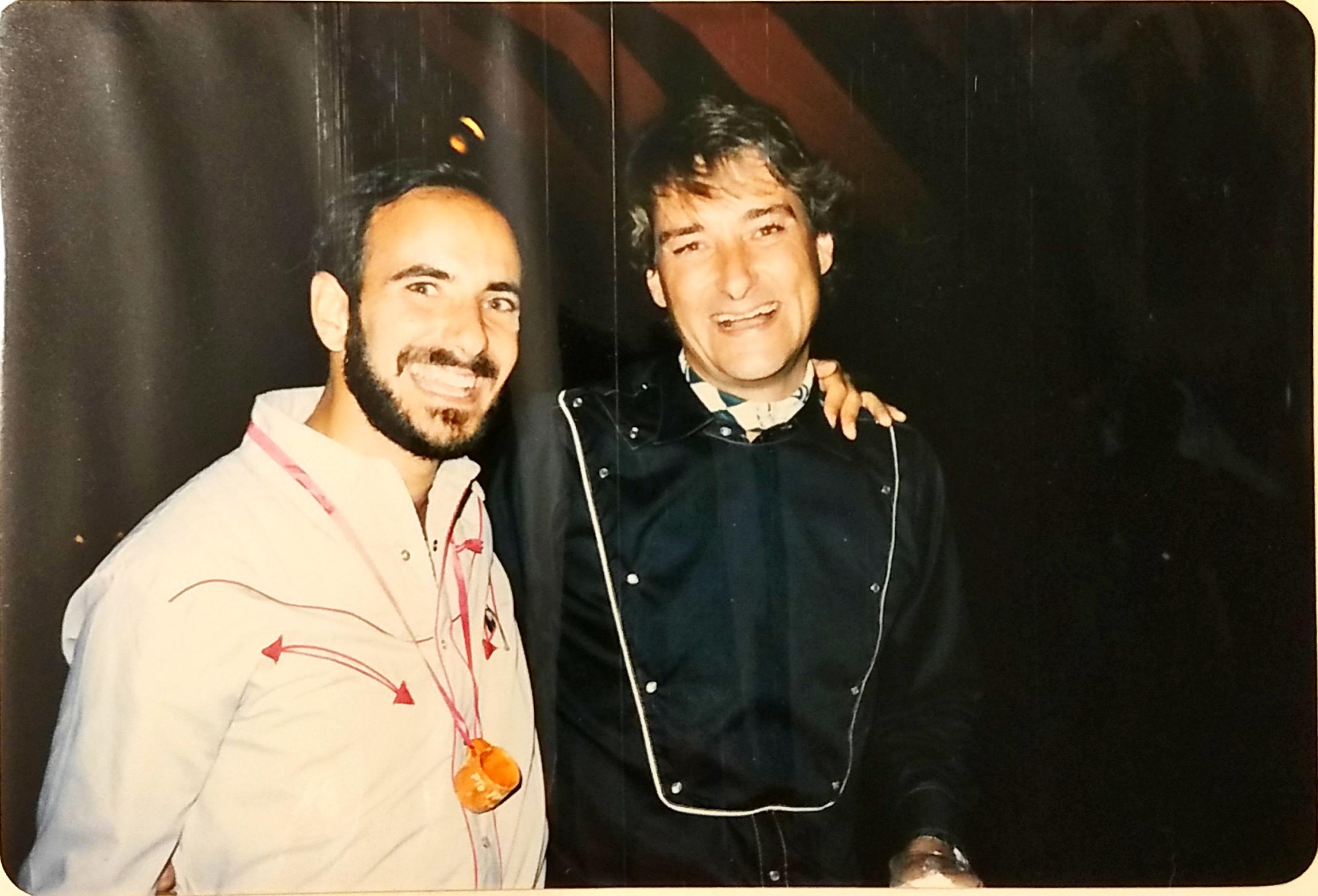 Mason Phelps was a lifelong equestrian whose contributions to horse sport are as far reaching as they are varied. An Olympic athlete, groom, trainer, event manager, governance leader, media executive and philanthropy organizer, he was the driving force behind dozens of innovative equestrian competitions and philanthropic fundraisers, and the founder and CEO of Phelps Media Group. Mason passed away suddenly last week of a heart attack at age 72. Here Marty Bauman remembers the man behind the larger-than-life character.

For the past 43 years, I was fortunate to have Mason Phelps as a friend.

Not that I was in an exclusive group, for Mason had more friends than probably anyone I have ever known. Still, being friends with Mason was one of the best things that ever happened to me; because not only did Mason give me my career but when you were a friend of Mason’s, you were guaranteed a wild and exciting ride and you had someone who would do just about anything for you.

There’s no need for me to write about all that he accomplished in his career, as impressive as that is. I urge you to read some of the great articles that do a great job of that, such as: “Phelps Media Group Announces the Death of Founder and CEO Mason Phelps, Jr. – Phelps Sports“; or Nancy Jaffer’s “Mason Phelps sadly has said farewell.” I want to talk about what it was like for me to have Mason as a friend and to work with him.

Mason and I came together in 1978 when he wanted someone to help promote his American Jumping Derby, one of the most spectacular show jumping events ever, held annually at his family’s Glen Farm in Portsmouth, Rhode Island. He had run the Derby for two years and felt that it could really take off, so he asked friends Jack Damlos and Liz Rooney to visit some PR firms in Providence and find someone to help take it to the next level. None of the firms was interested. (“Horse show? Jumping Derby? What are you guys talking about?”) But as luck would have it, a friend of mine worked at one of the agencies and the two of us took it on as an independent project.

Now, I had never even been to a horse show, but somehow everything we did seemed to work. We got big stories in the Providence Journal, interviews for Mason on TV and radio, and big crowds turned out. (By the way, I’ve always felt that if it had rained that weekend, I would have had a different career!) In any event, equestrian PR quickly became my career and, more importantly, Mason and I quickly became close friends.

(Also by the way, Mason always swore that I was with him right from the start of the Derby in 1976. I would correct him when he said that, but he would tell me he remembered the first planning meeting where a group of “us” were sitting on his living room floor. “You were sitting right next to me,” he would say. It didn’t matter how many times I told him I wasn’t there ’till the third year, he insisted I was there from the start and eventually I stopped correcting him.)

The Derby had an incredible run from 1976–1988. For most of the years, there were only two classes a day, with the rest of the time featuring parties and all kinds of fun happenings either on the grounds or in Newport. Steve Price used to call it, “Mason’s private party for 15,000 of his closest friends!”

One of the reasons we attracted so many people is that no one was more creative than Mason when it came to event promotion. He would come up with crazy ideas and so often they worked in very big ways. One year when I asked how much money we could spend on advertising in the local media, he said he had a better idea. “We don’t need to buy any advertising,” he said. “Why don’t we find a place in downtown Providence where we can set up a jump or two and do a demonstration? The press will love it!”

So we found this small stretch of grass in front of Providence City Hall right in the heart of downtown. There was barely enough room to get a horse going before he’d have to jump and there were trees right after the jump so the rider would have to duck almost immediately. Still, Mason was convinced it would work and he succeeded in talking Julie Ulrich into trying it.

We got a permit from the city, scheduled it for lunch hour on a workday when people would be coming out of their offices and I got word to the local media. Well, in typical Mason fashion, it was a home run! All three Providence TV stations had cameras there as did the Providence Journal, who ran a picture of Julie jumping on the next morning’s front page! And adding icing to the cake, Mayor Cianci came out to watch and was interviewed about what a great event the Derby was and how it was good for Providence (even though we were 35 miles away!).

Although quite different as people, Mason and I always worked well together. From the first year we met, we became, and always remained, close friends. And nothing meant more to Mason than his friends. For many years, whenever I would go to Wellington, I would stay with Mason and Ron. When I would get there, Mason would give me the rundown on all the vegetarian food he had bought for my stay. Ron would quickly throw in that, surprisingly, Mason had even gone to the supermarket and done all the shopping for me himself!

About three years ago, Mason broke his leg and had to have surgery. I went to visit him in the hospital a few hours after the surgery. When I got to his room the door was closed. I remember thinking that maybe it was too soon and they didn’t want him to have any visitors yet, or maybe he was sleeping. I decided to crack the door open just a bit and see if it was ok to go in. I guess I shouldn’t have been surprised but when I opened the door he had eight friends in there with him! With a big smile on his face, Mason said, “Don’t worry, Martone, the doctors and nurses know all about me and what they’re in for!”

When Mason started Phelps Media Group in 2002, we became business competitors but we never let that get in the way of our friendship. “We were friends before we were competitors,” we both would say and that’s the way it truly was. It is very hard for me to believe he is gone but I know that my life—and the lives of so many others and of the horse show world itself—was better because of him! 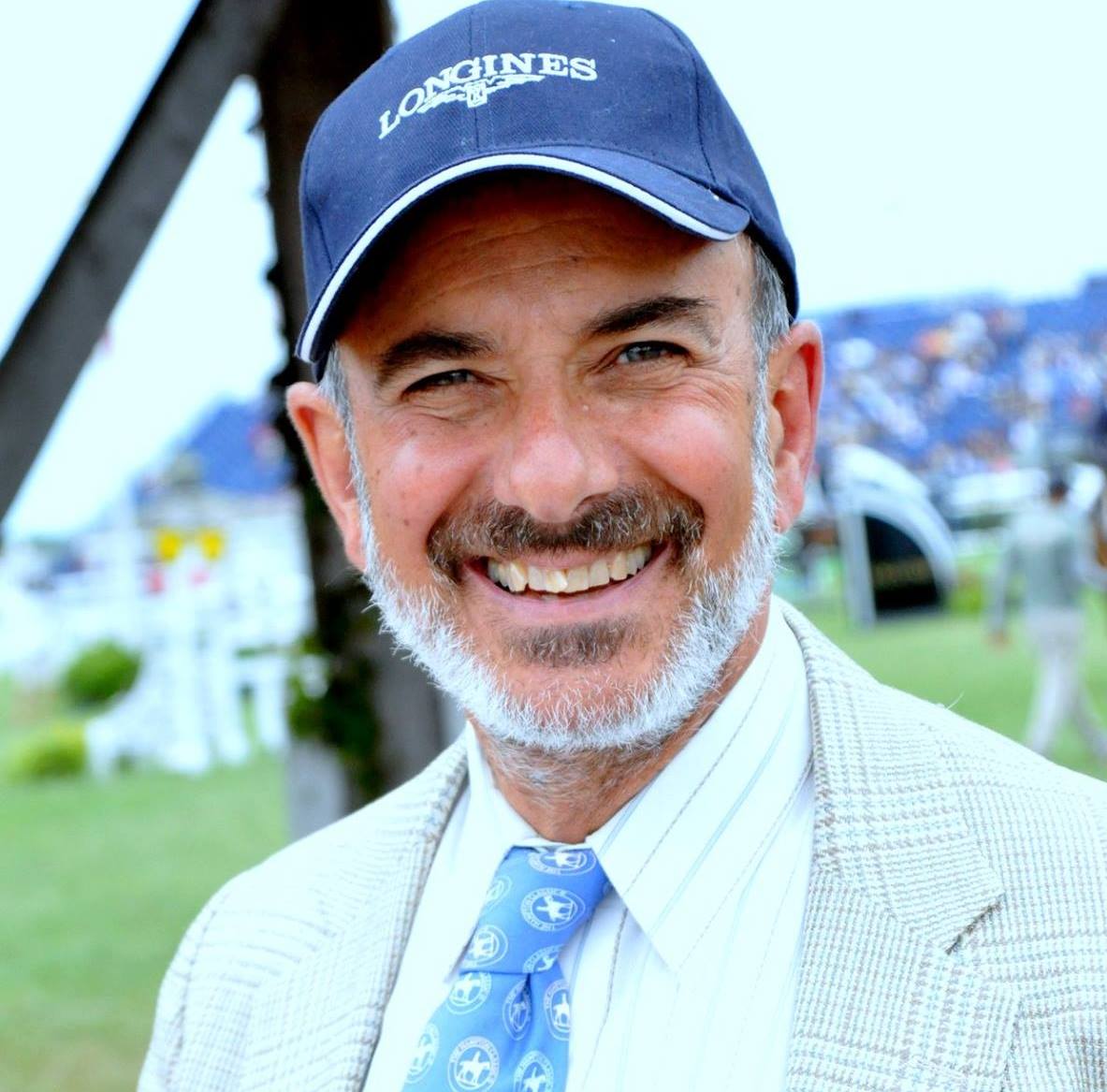 Marty Bauman is founder of the public relations, marketing and event management firm, Classic Communications. Among his many career accomplishments, he has served as press chief for the last nine Show Jumping World Cup Finals held in the United States and was Director of Media Services and Operations for the 2010 Alltech FEI World Equestrian Games in Lexington, Kentucky. Marty also serves as Executive Director of the Show Jumping Hall of Fame and Museum.