Dream Horse: A Charming Tale of a Welsh Underdog, With Steeplechases

Home > Blog > Books and Film > Dream Horse: A Charming Tale of a Welsh Underdog, With Steeplechases 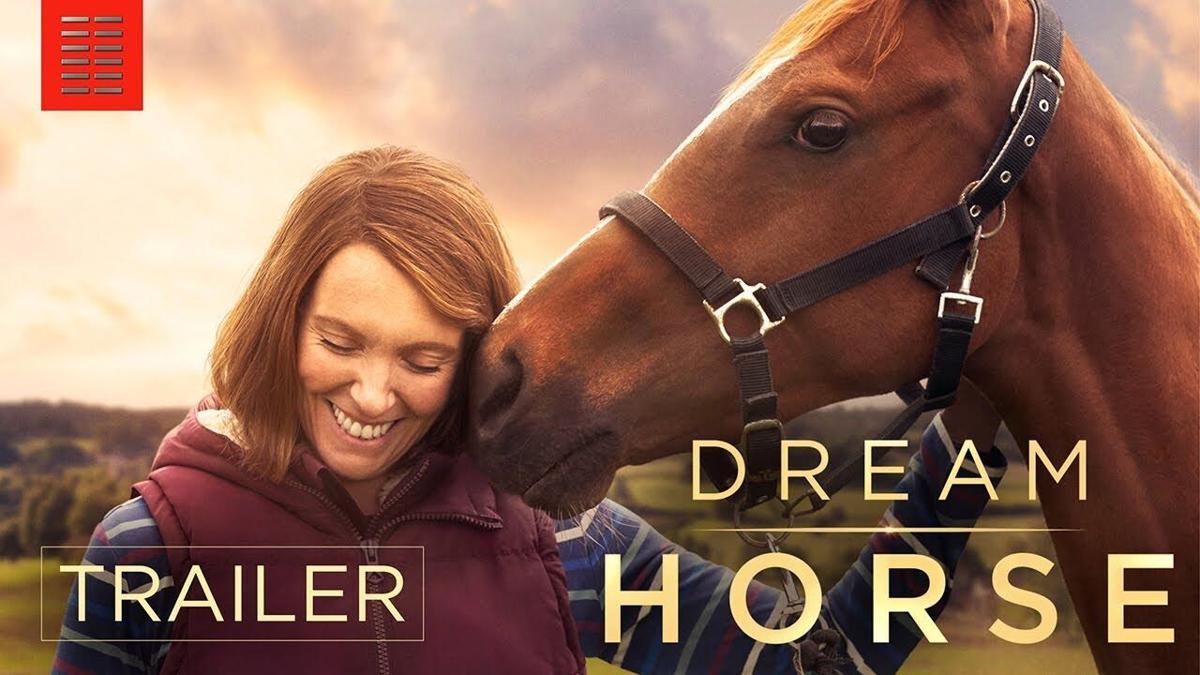 One of the most captivating aspects of Bleecker Street Media’s new film Dream Horse is that so much of the rags-to-riches story is true.

Dream Alliance was a real racehorse, bred and raised on, as his breeder Jan Vokes put it, “a slag heap.” He is still owned by a group of Welsh villagers who saved a small amount every week to breed, train and eventually race the horse in some of the biggest steeplechase races in the United Kingdom.

Set in the early 2000s, Dream Horse primarily takes place in a village in Wales where feral ponies graze on the hillside. Vokes, played by Toni Collette, finds her life as a grocery clerk, barmaid, and caretaker to elderly parents lackluster. Her husband Brian spends most of his time in front of the TV, watching videos of vets working on animals, reminiscing about the life he once had.

One night at the local bar, Jan overhears a local accountant, played by Damian Lewis, describing his adventures in racehorse ownership. The conversation sparks something in Jan, and she sets about to breed a Thoroughbred.

Dream Horse drags a little at the start, but once it finds its footing, the film, much like its Thoroughbred hero, is sure to leave you cheering.

It’s also refreshingly accurate for the genre. Unlike many horse flicks, this one has very little lousy horsemanship. No one who isn’t a trained professional tries to ride Dream Alliance, nor does he magically get up and race instantly after an injury.

There is one uncomfortable moment early in the film where the narrative clumsily kills off Dream Alliance’s dam moments after the foal hits the straw. The movie then suggests that Jan and Brian bottle feed the soon-to-be star and make the experience look magical and relaxing when rearing orphan foals is none of those things. This eye-rolling section aside, the film strikes a thoughtful and precise balance of drama both on and off the track.

Dream Horse is an exploration of what horses can break open in each of us.

For Jan, horse racing gives her “a reason to get up in the morning,” but it also allows her to have her own identity beyond that of someone sandwiched by circumstance.

For the group of villagers who co-own Dream Alliance, the horse becomes their ticket into a world beyond their struggling town. There is a captivating satisfaction in watching the working-class syndicate of this backyard-bred racehorse rub shoulders with the upper crust in owners’ lounges at the racecourses. Suddenly, the barman, the butcher, an elderly widow, and others mix with wealthy businessmen. At first, they are fish out of the water, but once their horse starts winning, they enter each new venue as if they own the place.

Ultimately, Dream Horse is also a film of quiet beauty. From the landscapes of Wales to the fabulous sorrel horses cast to play Dream, there are bits of beauty everywhere, making it a 113-minute escape for any horse lover.

Dream Horse is now playing in theatres across the U.S.