Bold Minstrel: The King of Versatility 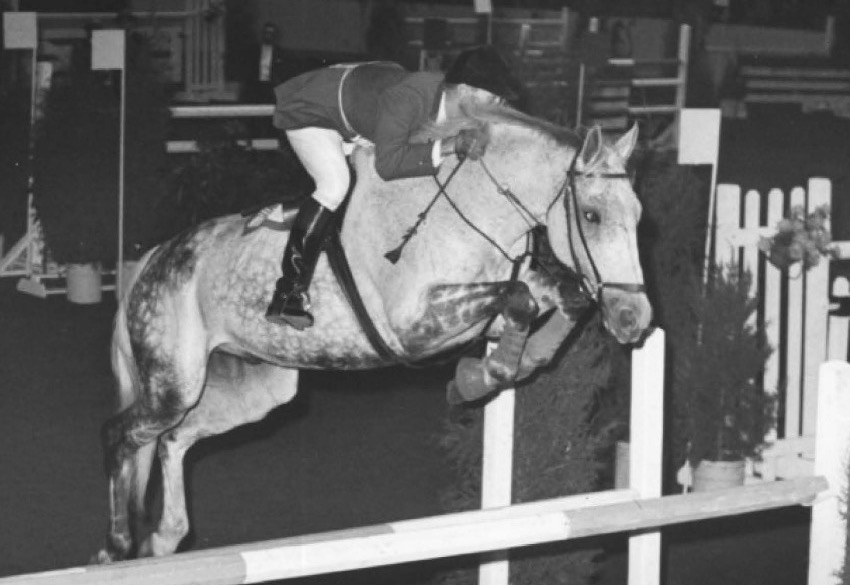 Bold Minstrel is the only horse in U.S. history to win medals at the Pan American Games in two different disciplines. The king of versatility, the 16.3-hand stunning grey Thoroughbred-cross was supremely talented and bold and he achieved amazing success in both eventing and show jumping in addition to excelling in the hunter ring.

Affectionately known as “Fatty” because he was an easy keeper, Bold Minstrel was bred in 1952 by Oliver DeGray Vanderbilt, the Master of Foxhounds of the Camargo Hunt in Ohio. William “Billy” Haggard III, a master of several disciplines himself, acquired Bold Minstrel as a five-year-old and started the horse’s career in foxhunting, hunters and eventing.

The pair was chosen as alternate for the U.S. eventing team for the 1964 Olympics in Tokyo. When Mike Plumb’s horse was lost, Haggard generously loaned Bold Minstrel to the team for Plumb to ride and he flew over to Tokyo with him. Although Plumb and Bold Minstrel had only two weeks to get to know each other, the pair put in a superb performance to help the U.S. win the team Silver Medal and also finish 15th individually.

Bill Steinkraus, a good friend of Haggard’s who had strongly encouraged him to buy Bold Minstrel initially, pleaded with Haggard for years to let him compete him as a jumper. Haggard eventually gave in and Steinkraus took over the ride.

Bold Minstrel was well known for his limitless scope and excelled in Puissance classes. He and Steinkraus topped the class at the Pennsylvania National in 1967, and broke the record at the National Horse Show in Madison Square Garden by clearing the wall at 7’3″. A statue commemorating this great accomplishment stands at the Carolina Horse Park. Bold Minstrel, who among other titles, won the Working Hunter and Conformation Hunter Championships at the National Horse Show, has been inducted into the National Show Hunter Hall Of Fame.