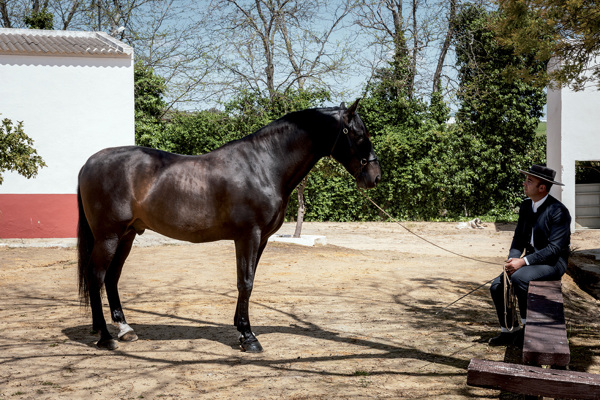 For many equestrians, the obsession with horses began with a fairy tale.

A princess or a warrior rode up on a majestic steed with a long mane and shiny coat, and it was the spark that set alight their horse-obsession.

I too was one of these children.

All my bicycles were named after the horses I loved in books. As I rode around my neighborhood, I imagined that I raced through the woods on the horse from The Black Caldron. As I biked to school, my fingers growing numb in the cold, I dreamed that I was on adventures with Bill the Pony from Lord of the Rings.

In some ways, that little girl part of me never left my psyche. As I got older, I discovered that I am not alone. I have met many more horse crazy humans who still share that same sense of whimsy inspired by some fictitious horse or another.

So, in tribute to our shared inner horse girl, here are three documentaries available on the EQUUS Film Channel that are guaranteed to rekindle the fairy tale.

Filmed in the blustery months of Icelandic winter, Tölt is a short film about the 70,000 charming and stocky horses who call the island country home. The documentary features interviews with trainers and breeders discussing what they look for in a horse, the history of the breed, and why you should never, ever refer to an Icelandic Horse as a pony.

With tons of footage of these plucky, fluffy, and colorful horses frolicking in snow, unbothered by the freezing temperatures and harsh weather, it is easy to imagine Vikings riding them dressed in pelts and armor.

Horse of the Gypsies

Nothing says, let’s dress up like princesses and ride off into the sunset like a Gypsy Vanner Horse. The film Horse of the Gypsies lets viewers bask in their presence for a while. These piebald horses became popular here in the United States over the past few decades, and this 2014 film shows the depth and breadth of their influence in the equestrian world.

Shot on location at breeding farms across the U.S. as well as in the U.K. and Ireland, the film features everyone from importers to photographers to trainers sharing why they love the breed. Watch for the fabled Appleby Horse Fair in Cumbria, England, where the Gypsy Vanner is the star attraction!

If you haven’t drooled over a Spanish horse at some point in your life, Rules and Passion is an excellent place to start. This Spanish film, complete with subtitles, breaks down the precise principles and desired traits of breeders and experts in the Pure Spanish Horse.

One of the oldest horse breeds in the world, the Pure Spanish Horse dates back to the Middle Ages when Catholic monks bred them for riding, farming, and to sell to the local gentry. These days, you’re more likely to find them on the silver screen. If you have seen any film or show with a horse in it—from Bridgerton to the new Wonder Woman—you have probably seen a beautiful Pure Spanish Horse. Their arched necks and noble features are famous, and also exceptionally photogenic.

Stream these horse films and many more on the EQUUS Film Channel!