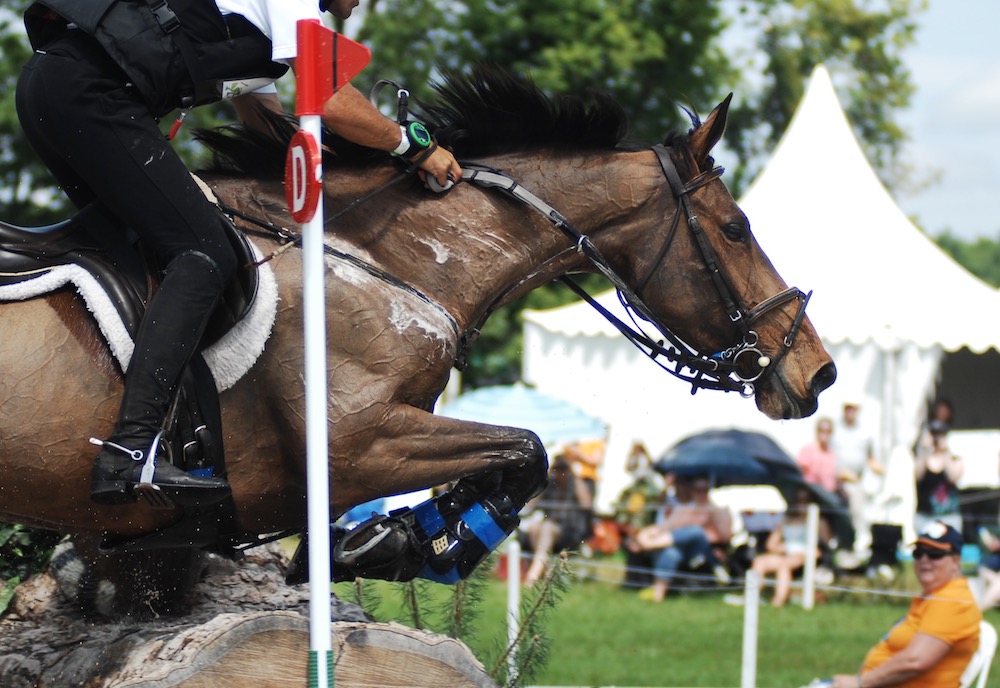 Hot environmental conditions are known to affect the performance and health of athletes, especially in endurance-focused sports.

Additionally, we know that horses are at risk for heat strain when exercising in warm temperatures due to rapidly rising core temperatures that cannot be counteracted due to the horse’s limited ability to remove heat.

Cooling a horse after a workout or competition with chilled water is a widely accepted strategy to reduce the body’s temperature. However, are there opportunities to lower a horse’s body temperature before exercising to both enhance performance while also reducing the risk of heat-related injury?

Researchers from Utrecht University sought to study the effects of pre-cooling in a group of elite eventing horses. A total of 10 horses completed the study (6 horses at the CCI 1*–2* level and 4 horses at the CCI 4*–5* level).

The horses performed a warm-up (26 minutes in length) followed by moderate intensity canter sessions (two 4.5 minute canter sessions) on two days. Pre-cooling was given after the warm up but before the canter sessions and involved cold water rinsing for approximately eight minutes.

While there were interesting effects in these horses, the authors note that each horse responds to pre-cooling differently. Some horses may not react well to pre-cooling and it may not be a suitable option in some situations (due to time limitations or resource availability).

Findings from this study indicate a potential role for pre-cooling a horse’s body prior to performing exercise in moderate environmental conditions. Future research is needed i) to examine the effect of pre-cooling in hot conditions, ii) to assess the efficacy in other disciplines, and iii) to determine if certain horses respond better to pre-cooling than other horses