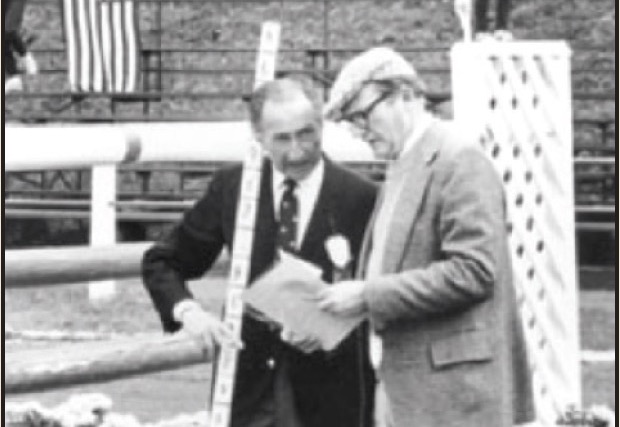 Bertalan de Némethy was the coach of the USET show jumping squad from 1955 to 1980.

A former Hungarian cavalry officer and riding instructor at the Royal Hungarian Cavalry School, de Némethy came to the U.S. in 1952. He is credited with originating a strict training regimen for American riders that emphasized dressage and gymnastics.

After his retirement from the USET, de Némethy became a noted course designer who planned the show jumping courses for the Los Angeles Olympics. He also conducted many training clinics in England, Ireland, Switzerland, Holland, Hungary, Canada, Mexico, Argentina, Venezuela, and Colombia.

Feature image courtesy of the Show Jumping Hall of Fame.