Why Are We Still Debating Helmets in Dressage?

Home > Blog > Safety > Why Are We Still Debating Helmets in Dressage? 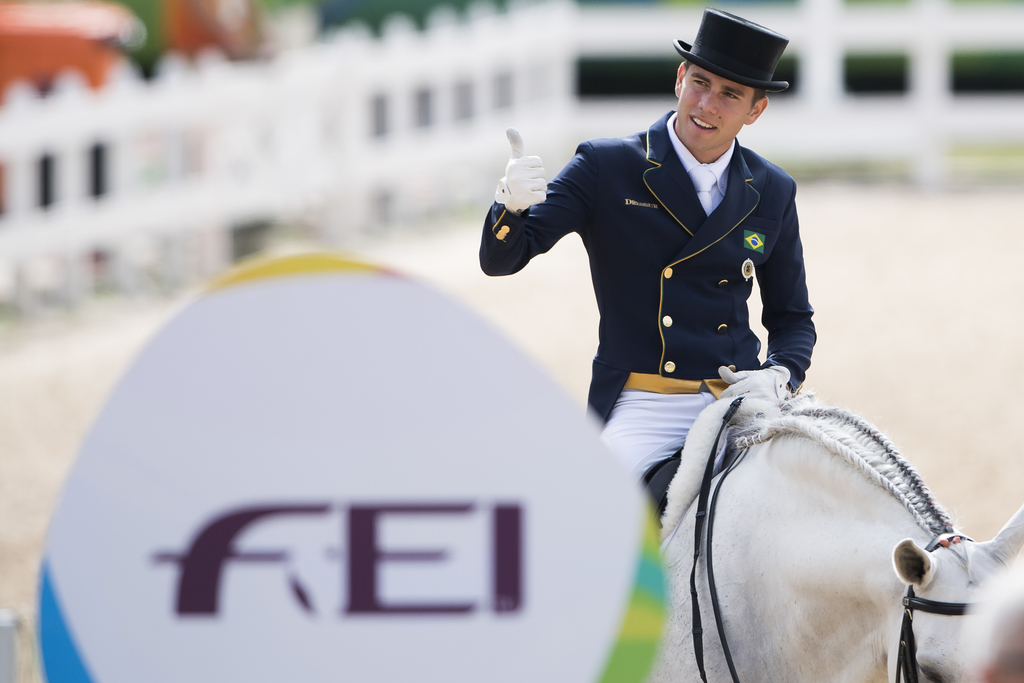 It’s 2020 and the entire world is being ravaged by a pandemic. But ok, let’s talk about top hats, again.

Earlier today, Dressage Today reported that a petition signed by 150 of the world’s top dressage riders was sent to the FEI formally demanding that senior riders be given the option of wearing top hats at the highest levels of the sport.

The petition, sent ahead of the FEI governing body’s general assembly next month, aims to reverse the FEI’s decision to ban the traditional top hat effective Jan. 1, 2021 and is signed by every rider in the world top 20, save Charlotte Dujardin (GBR) and Adrienne Lyle (USA).

According to Dressage Today, the petition reads:

“The top hat is an essential part of the identity of dressage. The dresscode makes us unique and we feel very strongly that the top hat remain as optional to use, but only at the highest level of competition. For awards ceremonies, the use of protective headgear can remain mandatory.

“It should be noted that there are other disciplines that are not required to wear helmets, and we feel that this inequality is not warranted. We urgently request that the FEI add this matter to the agenda for the next General Assembly, and change the rule accordingly. We believe it is the right of each individual rider to choose between the use of a top hat or protective headgear. This right cannot be revoked.”

I’m neither a BNR (big name rider) nor a DQ (dressage queen). I’m not a parent, or an organizer. I don’t have a horse in this race, so to speak.

And yet I have strong feelings about helmets and helmet safety. I suppose the easy answer is if there’s something affordable, easy, accessible and often quite fashionable you can do to make your sport safer, why wouldn’t you do it?

My basic understanding of a concussion goes something like this, and is only slightly more detailed than the whole “objects in motion tend to stay in motion”:  If your head hits the ground, or a hard surface, your skull stops moving quickly. Your brain, chilling around loose in there, does not. It bumps into your skull, causing a bruise. My entirely non-medical understanding is that a concussion is a bruise on your brain. And it can take a really, really long time to heal. If it does at all.

I’ve seen the devastation a concussion can cause up close, too. We once lived with someone who had a bad one (and she was wearing a helmet when she had her fall.) It took her at least six months before she knew whether she was coming into a room or leaving it. It took her a year before she could drive. I don’t remember how long it took before she could get back on a horse.

She wasn’t my mother, or my daughter, and I wasn’t her caretaker. I didn’t have to decide her fate while she lay in a vegetative state. Think I’m overstating it? Talk to someone who has been any one of these things to someone who has suffered a traumatic brain injury.

How has the FEI not mandated helmets across the board? It seems so simple. For no other reason than hello, INSURANCE?! Horse show organizers—how do your insurance companies not simply say “This is what it takes if you want to play. You want to ride on my property? Wear a helmet.”

Amber Marshall, actor and undoubtedly an “influencer” has just launched a line of western protective helmets. Here’s what she has to say:

“When riding english, we always wear helmets. When riding western, we don’t. Why is that? Each discipline is equally as dangerous ,and you are no more likely to injure yourself riding english than western, so why not protect your head equally?” Touché.

“I find this incredibly surprising. In an era where we are trying to move dressage to be more mainstream and we fight some of the archaic FEI rules. Here is a petition, which in my mind is simply foolish. I agree, every rider should (and does) have the right to choose his/her headwear, but at home. During competition should not be an option. Why wait for a serious accident? I am humbled to consider myself a role model in this sport. I do and will ALWAYS wear a helmet.”

“I do not respectfully disagree with this, I disagree with no respect honestly. This is a sport. Helmets make it safer. Life is larger than sport. Brain injuries change lives. Not just the athlete’s. All the people who love and support them. It is selfish and irresponsible to risk a brain injury that can be reduced or eliminated with a helmet. This isn’t a fashion discussion. Technology evolves to make sport safer. Hockey helmets, ski helmets, bike helmets .. the list goes on. It is backwards thinking and small minded to encourage anyone not to wear a helmet.”

To the best riders in the world, no matter what the discipline: Would you let your children ride without a helmet? I can’t do it.

It’s like being in the car without my seatbelt. Every single second I am consciously aware that I am tempting fate. It makes me physically uncomfortable to watch others ride who aren’t wearing a helmet. Especially those who have had head injuries and had to take time off riding, competing, earning their living.

How are the insurance people not simply in charge of this all?

How has this conversation even gone on this long?