Kept Animals: A Tale of Horses, Hollywood and the Messy Business of Growing Up

Home > Blog > Books and Film > Kept Animals: A Tale of Horses, Hollywood and the Messy Business of Growing Up 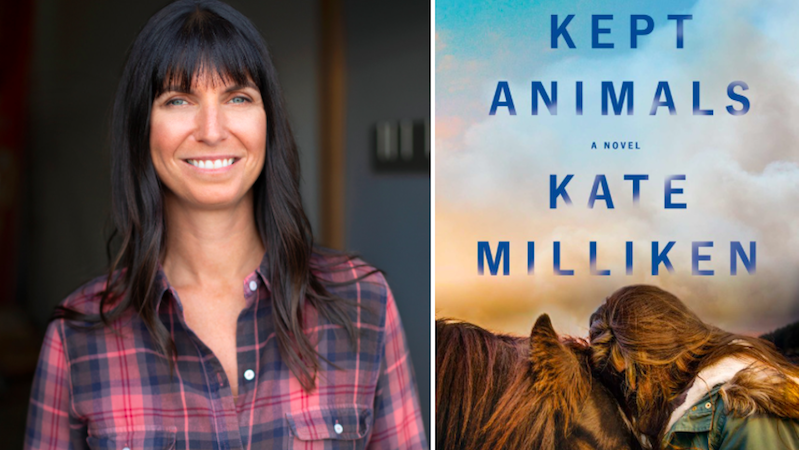 As of August 24, 2020, more than 1.4 million acres of California has burned during this year’s fire season, making it the worst fire season on record.

I grew up in the west. Memories of the distinct orange tinge over the sun, the trailers hooked up ready to evacuate, and the rumors of horses not escaping the blaze still visit my thoughts when I hear about the fires on the news.

Fire and horses are central to Kate Milliken’s debut novel, Kept Animals. Set in the Topanga Canyon of California between Malibu and Los Angeles in the 1990s, the story jumps across both time and the Rocky Mountains to a sport horse ranch in Wyoming in the present day.

Like Topanga Canyon itself, the novel is where the rich and famous collide with everyday people like the Pacific crashing against the desert mountains. It is a book about social class, coming of age, coming out, and the legacies we leave behind. At its very core is a mare named Chaparral.

The protagonist, Rory Ramos, is a barn hand and an exercise rider. She is the stepdaughter of Gus, the manager of the large boarding and training facility in the Canyon that caters to high-end equestrians and horse owners. Rory rides among them and competes on Chaparral, her athletic jumper with a big heart.

Three-day evening and sport horses are central to the novel, and Milliken paints rich images of the sport’s culture and the lives of those who live it. While competitions, clinics, and elite show barns are part of the story, it also includes the callus forming work of breeding, training, and caring for horses.

The novelist pulls off this impressive tightrope dance by ensuring her readers know what is happening in the big horse scenes and including just enough technical equestrian details to keep it both authentic and accurate. The horses hold Kept Animals’ many characters and intricate plot together to form one cohesive if twisting narrative.

The book is told in two sections. One is a first-person account from Rory’s daughter Charlotte as she tries to unravel her mother’s life. Rory became a mostly absent parent as she perused a storied career as a photojournalist around the world, leaving Charlotte to be raised by Gus in Wyoming.

The other is told in third person and switches back and forth between Rory’s narrative and that of Vivian Price, the bored and troubled daughter of a movie star who lives in a mansion down the Canyon from Rory. Rory has horses and later photography to keep her grounded. Vivian is adrift, relying on her appearance and connections to hold up her fragile sense of self.

A heartbreaking accident connects the two young women early in the novel, but their mutual attraction and strange understanding bring them together. Both young women grow from their tenuous yet powerful relationship until another set of tragedies come roaring through Topanga Canyon.

If it were not so masterful, Kept Animals could have quickly fallen into the old tropes of both “horse girls” and “that one horse that saves the farm,” yet it never does. Instead, Milliken takes these ideas and gives them a fresh, beautifully written spin. The book is a balance between suspenseful page-turner and a reflection of the legacies we leave behind us.