Home > Blog > Books and Film > 3 Can’t Miss Films That Are Only Available This Weekend on EQUUS Film Channel! 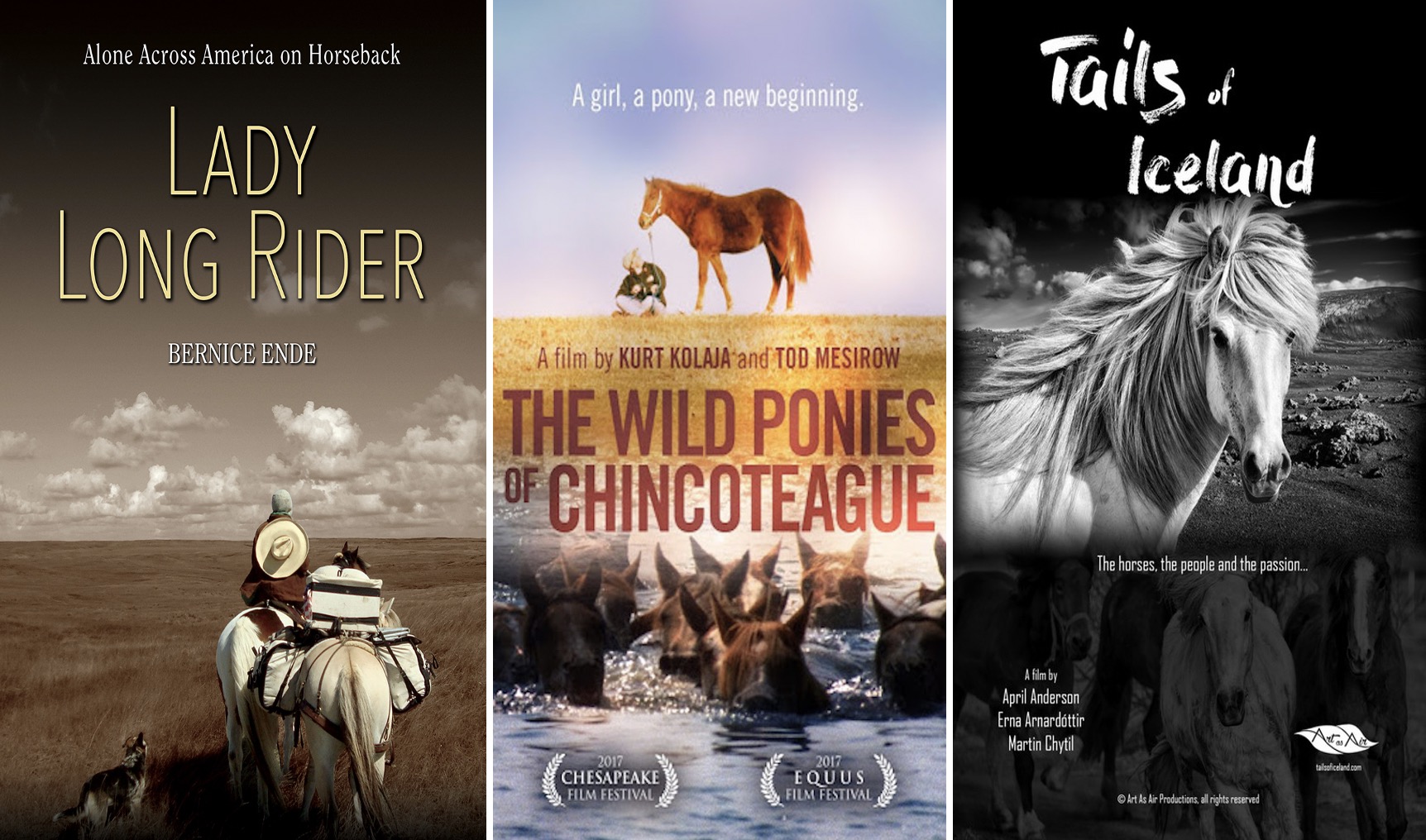 While COVID-19 has put a temporary halt to the in-person event, BreyerFest 2020 is a virtual go with events, workshops, shows and, yes, films available online.

And EQUUS Film Channel is part of the fun!

But they’re only here for the BreyerFest weekend! So, if you’ve been thinking about signing up for your free seven day trial, now’s the time…

Bernice Ende never dreamed of long-distance trail riding, but fate had other plans. Scrambling to hold her life together after a difficult divorce, the stress of which caused a particularly harrowing case of alopecia that saw all her hair to fall out, Bernice had a vision. She saw herself riding from Montana to New Mexico to visit her sister.

With a borrowed horse, a beloved dog, and a sense of perseverance the size of Rocky Mountains, Bernice set off. She completed that ride. Then went on to do many others, including one ride coast to coast. Lady Long Rider is a meditative film about where we find purpose on this planet. It looks hard at the meaning of freedom and sings the praises of strangers who open their doors when the weather gets bad.

Fuzzy, spunky, and mystical, Icelandic Horses have captured the imaginations of horse lovers around the world. While an equine-fused vacation to Iceland may be out for 2020, the film Tails of Iceland offers a full scope view of what this five-gaited breed means to the country it calls home.

Beautifully filmed with breathtaking panoramas of galloping horses and volcanic landscapes, this hour-long film goes into the homes, barns, studios, and workshops of trainers, breeders, artists, craftsmen, and hobby farmers—all influenced by the distinctive Icelandic Horse. The island’s turbulent weather and sweater-clad equestrians offer a welcome bit of chill into the hot summer weather beyond our screens.

The Wild Ponies of Chincoteague

For generations of horse girls, reading Misty Of Chincoteague is a right of passage. Now the little island, the wild horses nearby, and the annual cull of the herd that Marguerite Henry made famous is a celebrated tourist destination.

The documentary The Wild Ponies of Chincoteague chronicles the 2016 pony penning day. Along the way, audiences are introduced to members of the fire department that runs the event, the veterinarian who oversees the care and safety of the ponies, a charity that raises money to give a child a pony and a lucky teenage girl that gets to take one home.

While this film could have easily been an oversized tourism ad, it instead becomes a sweet and generous love letter to the place and its ponies. Sabrina Dobbins, the horse-crazy teen, shines on camera. Her vulnerability about her depression and hard-as-nails drive bring even the salty island firemen to tears when a pony is announced as hers. Do not miss this one, and grab a couple of tissues!