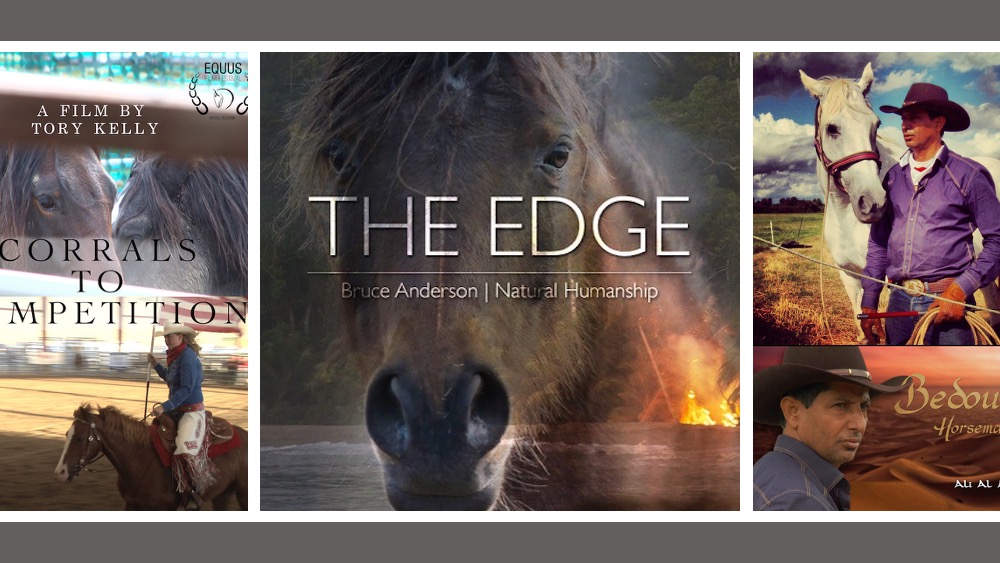 As the weather warms up and restrictions due to COVID-19 begin to relax, many are itching to climb back in the saddle.

Here are three trainer-focused films on EQUUS Film Channel to inspire you to reach your riding #goals.

It’s easy to fall head over heels for trainer Stacey Rigg and her mustangs in Corrals to Competition. The hour-long film spans four western states and features two wild horses that Stacey gentles for back-to-back competitions of the Extreme Mustang Makeover.

To compete in the Extreme Mustang Makeover, trainers must pick horses from the Bureau of Land Management corrals, then have roughly 100 days to train them for competition. At the end of the event, the mustangs are auctioned off to good homes. While the competition makes a beautiful arc for the film to follow, it’s Stacey’s sweetness, honesty and versatility as a trainer that star in this film.

For the challenge, Stacey takes on two very different horses. The first is General George, a loveable sorrel that is more whoa than go and loves treats. The second, No Na’Me, is a sensitive bay that takes twice as long to train. Stacey’s gift is that she finds a way to connect and bring out the strengths of both horses.

Part natural horsemanship, part human psychology, The Edge shows a very nuanced and subtle style of horsemanship perfected by trainer Bruce Anderson. Bruce grew up in Trinidad and Tobago, and became a “horse helper,” finding it easier to be with horses than with humans. His training style incorporates a sense of self-awareness in his students. Before they walk into the round pen or swing their leg over the saddle, they must consider how they are feeling and how it impacts their horses.

The Edge flips back and forth between Trinidad and Camden, South Carolina and features riders and horse lovers of all ages and abilities. As we watch students learn to understand themselves and their horses better, we also get to take in spectacular scenery from both landscapes.

The straight-talking horse master, Ali Al Ameri hails from the United Arab Emirates. He is also a Bedouin, a horse culture that mastered their techniques with horses on the deserts of the Arabian Peninsula. Ali’s style and connection with horses almost seem like magic on film. In short sessions, horses go from obstinate and cantankerous to soft-eyed, compliant, and kind.

Bedouin Horsemaster goes on tour with Ali through the United Kingdom as he helps clients with their equine companions. Each has their own set of issues, from trailer loading to bolting to even basic handling. As Ali helps his clients, their confidence grows. You don’t want to miss the great scene where Ali takes one horse and rides it through a parking lot full of semi-trucks.