3 Films to Watch with Mom 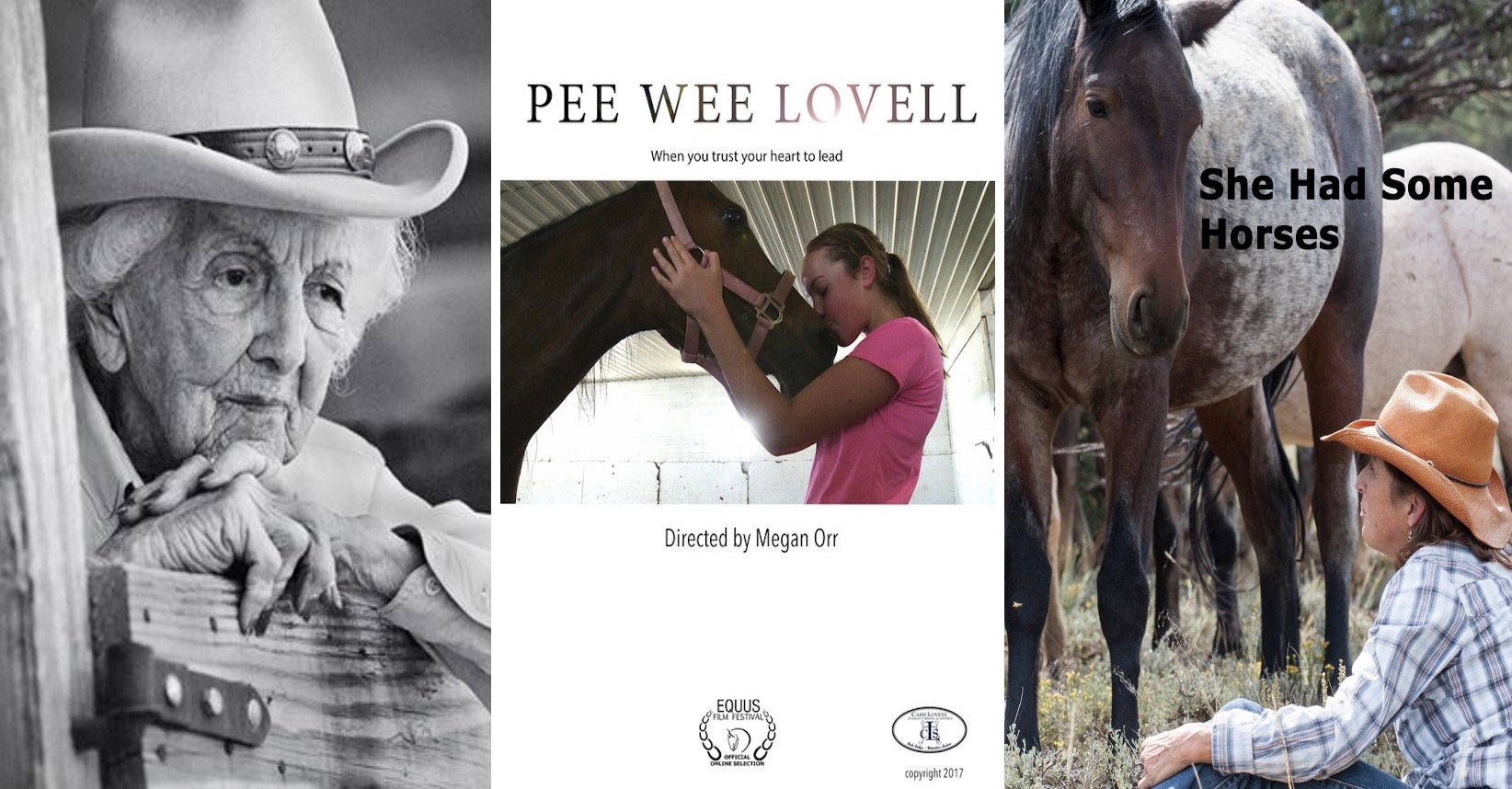 Many of us became horse crazy because of our mothers, aunts, grandmothers, or another female figure who swept in and encouraged us into a saddle.

They threw us up on horses and bought us bright yellow boxes with Breyer models inside. They drove us to lessons and helped polish our boots. Even if they were not horse women themselves, they put up with our dirty barn laundry, endless horse stories and believed in our dreams anyway.

This year, many of us cannot see our moms due to the pandemic. So why not celebrate with a social distance viewing party with one of these great films about great women?

Parker Lovell’s cluttered barn office is full of quotes. Her favorite is a hot pink sign on a bulletin board that reads, “Beneath every strong and independent woman lies a broken little girl who had to learn to get back up and to never depend on anyone.”

Getting back up is the mantra of Pee Wee Lovell, an 80-minute feature documenting the rise and fall and rise again of Cash Lovell Stables and the mother and daughter team determined to make it their own.

Parker Lovell and her teenage daughter Cashlyn live in the shadow of Cash Lovell, Parker’s late husband and Cashlyn’s father. Cash was a renowned Saddlebred trainer and was known for matching the perfect horse to the each rider.

On the surface, it looked like a fairy tale. Parker was living her dream life with horses and a daughter who loves them too. That is until Cash’s infidelity and demise from dementia, along with a treacherous assistant trainer waiting in the wings with two 18 wheelers, brings it all crashing down.

Director Megan Orr, records Parker and Cashlyn preparing for a horse show on the Academy’s property and interweaves Parker’s history as the horse show gets closer. Not only is Pee Wee Lovell a lyrical mother-daughter story, but it is also an exceptional example of how a documentary should work. It is not afraid of dirty laundry, drama or vulnerability, and it makes you root for a set of characters that are both loveable and deeply human.

2. She Had Some Horses

Named after a poem by the current U.S. Poet Laureate Joy Harjo, She Had Some Horses explores the connection between women and wild mustangs. Instead of one long narrative, it works as a set of portraits, showing women who have dedicated themselves to preserving America’s wild horses.

The portraits include Sandi Claypool and Jackie Fleming, who both founded sanctuaries; Lynne Pomeranz and Shelly Wallar, photographers, who capture the mustangs on camera; and Shelly Gibbs, an equine bodywork practitioner. Each of the women advocates for the autonomy and sacredness of the horses they love and believe essential to our world.

She Had Some Horses is set in the beautiful landscapes of New Mexico. There are panoramas of horses grazing in pastures of wildflowers as the mountains frame the image behind them, and shots of foals napping in the grass. It is an excellent visual vacation, while most of us are stuck inside.

American cowgirl, Connie Reeves, doesn’t just have her name in the National Cowgirl Hall of Fame, she was the first woman to Study Law at the University of Texas, and taught over 36,000 girls to ride. She believed profanity was a pure form of expression, and that you should always saddle your own horse.

American Cowgirl is a vignette featuring Connie Reeves just before she died at 101. She is a firecracker on film, chiding student riders for being nervous, and making fun of the 70-year-old around her for being too young. This tiny treasure is the perfect homage to every mom and grandma cowgirl who rode no matter what.