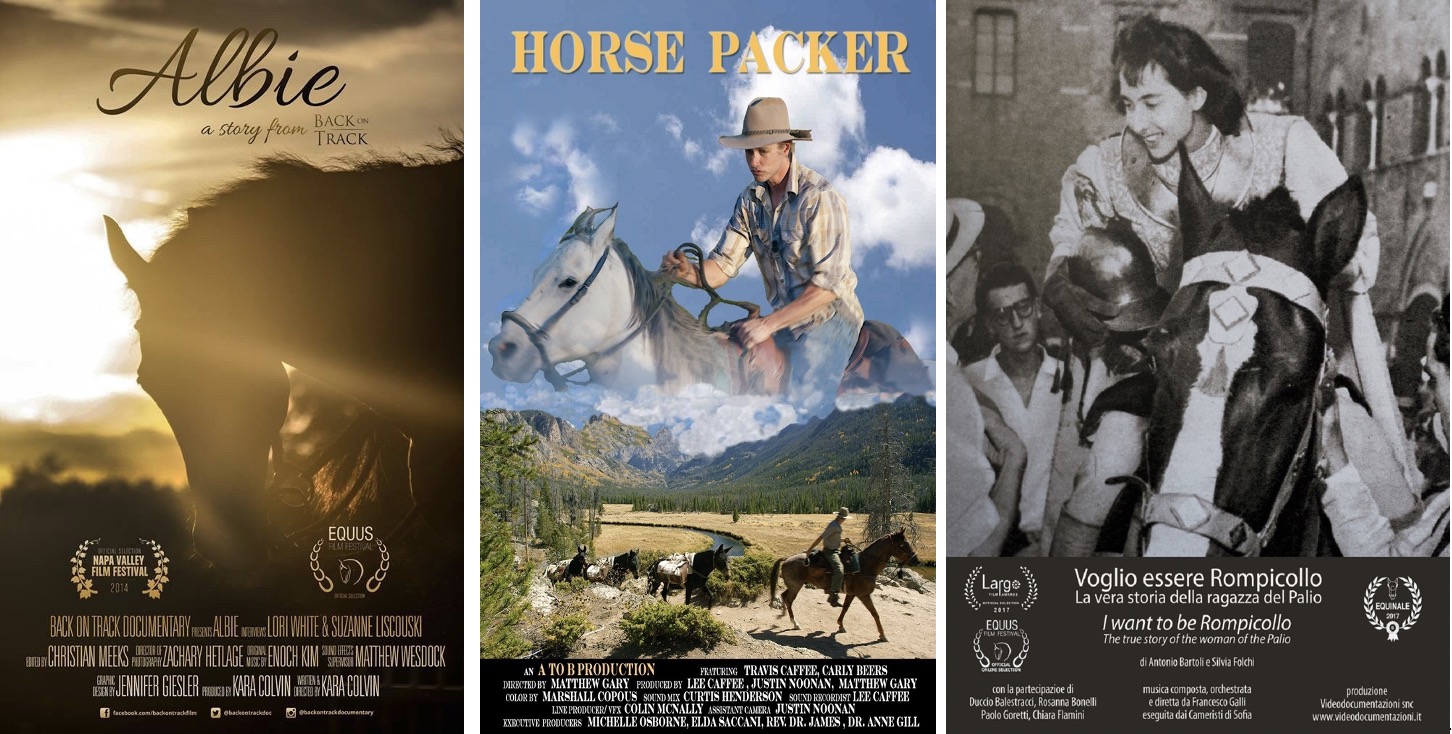 From recounting our first nasty fall to explaining exactly what the horse got into that they were not supposed to, being able to spin a tale is a badge of honor around the barn. Below are five films full of good storytelling, intrigue and wonder.

As a lead horse packer for the Park Service, Travis Caffee spends six months of the year hauling trail equipment in and out of the backcountry of Rocky Mountain National Park. Every day, he loads up his horses and his mules and heads into the wilderness with his assistant and childhood friend, Carly Beers, to ensure that the crew maintaining the backcountry trails are well supplied.

Filmed during the brief miracle that is fall in the Colorado Rockies, the screen glitters with the golden aspens as Travis and his crew head down the trail. Not only is Horse Packer a love letter to National Parks and the people and horses that serve it, but also a reminder to feed our wild hearts.

2. I Want to be Rompicollo- The True Story of the Woman of the Palio

Part girl power tale, part historical narrative, I Want to Be a Rompicollo tells the story of Rosanna Bonelli, the only woman to have ever ridden in the Palio in Siena.

This centuries-old race takes place twice every year in the Italian city of Siena. Each neighborhood in the town is represented by a horse and rider, and the rivalries are old and fierce. Rosanna Bonelli both competed in the race in 1957 and played the horse-riding stunt double of Diana Dors in the 1958 Italian-French film Love Specialist who’s character also runs the race. Even in her 80s Rosanna is still riding, and she is still quite the spitfire.

The 19-century image of Selika Lazevski has captivated audiences around the world. A black horsewoman in Belle Epoque Paris, Selika exists in just six photographs and the imagination of history. Little is known about the woman staring almost defiantly across the centuries into the camera. She’s thought to have been a horsewoman who rode haute école at the Nouveau Cirque and shares a name (though perhaps invented) with the enslaved Hindu princess heroine of the opera L’Africaine (The African Woman).

In this seven-minute film, director Sybil H. Mair imagines her own narrative for Selika Lazevski complete with lush costumes and beautiful storytelling.

4. Albie: A Story of Back on Track

When Lori White decided to buy her first horse after 30-some years out of the saddle, a trainer friend partnered her with Albie, an off the track Thoroughbred that forged his a career on claiming races. High strung and lacking both trust and confidence, Albie ended up being more horse than the amateur rider had signed up for. But Lori, who suffers from chronic pain due to the rare medical condition Chiari Malformation, saw her own struggles reflected in the gelding.

Despite the mismatch and with the help of a trainer Suzanne Liscouski, the two learned to heal together.

Knacker is the fictionalized version of real-life equine insurance fraud cases from the 1990s. In the film, a stable hand, desperate to provide for his young family, stages the death of a lame, but well-insured horse to make it look like a colic. Shown from the point of view of the young man, the film makes the audience sympathize with his catastrophic downward spiral, providing an intimate look at the difference between greed and desperation.