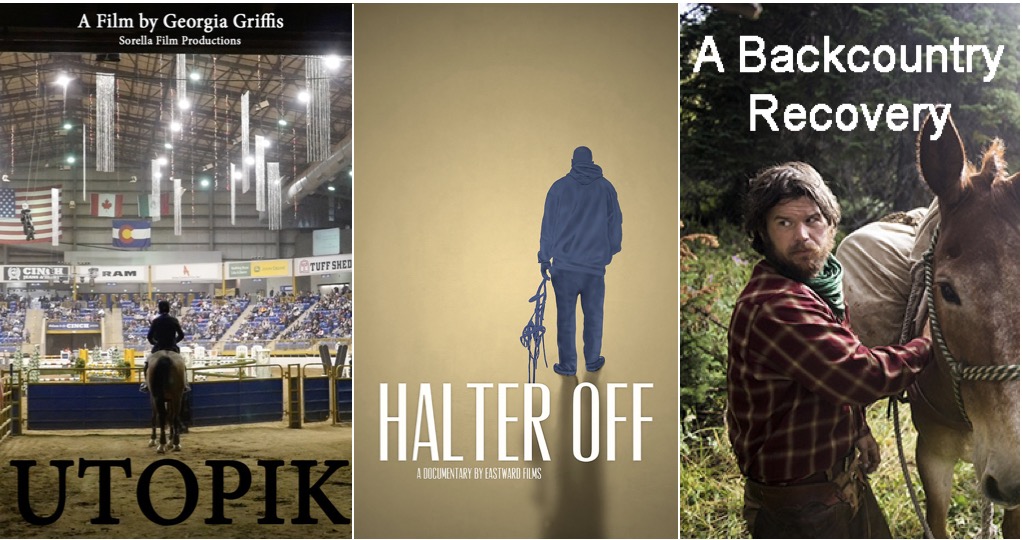 A good redemption narrative isn’t the kind with tidy edges.

It is the type of film that shows us breathtaking highs and crippling lows. The kind that has the courage to reveal something less than perfect and to do it with vulnerability and honesty that sings across the screen.

A good redemption narrative breaks your heart and lifts you up and leaves you to think about the motivations that drive us and the choices we make. These three films streaming on EQUUS Film Channel right now (two new releases and one short gem you may have missed) accomplish precisely that.

Usually, when we hear stories about a so-called “problem” horse, we have to rely on the teller’s authority alone. In the case of the big bay warmblood named Utopik, the photographic evidence is jaw-dropping.

Videos and stills of this horse’s epic falls amount to incredibly powerful storytelling. After one too many accidents, Utopik’s owner, a young show jumper, gave him up and Wyoming-based horse trainer Charlie Carrel took him on.

Carrel is an experienced trainer, but even he said that there were days on Utopik that he felt like a “five-year-old kid on a Tyrannosaurus Rex.” Still, he saw kindness and ability in the gelding. But will their special bond be enough to take them all the way to Grand Prix?

Filmed on a thousand-mile journey from Colorado to Montana, Backcountry Recovery is a tiny tale so chock-full of Rocky Mountain beauty it’ll make even the most eloquent cowboy poet blush with envy.

The main subject of the film is Green Beret and Army Veteran Ray Knell. Knell severed for 11 years and returned home from Afghanistan lacking purpose and suffering from PTSD and anxiety. He found himself again after a friend recommended he take a backcountry horse trip. Knell fell so in love with the horses, the mountains, and the quiet that he made the journey again by himself.

This magical short follows Knell and his friend Ben Masters on their trek through the wilderness as they grapple with the reality of suicide and the meaning of their own lives, goof around with their mules, and spend time fishing. There are sweetness and companionship between Masters, Knell, and the equines that we don’t often get to see. Even though it is only five minutes, A Backcountry Recovery feels wonderfully complete.

It is hard to decide who is more dynamic on camera: Halter Off, the big doe-eyed Thoroughbred who prances down the racetrack, his grey dapples glistening, or his African American trainer Angelo Jackson.

Jackson is electric on film. Whether he is gently feeding peppermints to his horses, screaming at a TV screen in a dingy bar as one of his horse’s race, or coaching his jockey from the other side of a fence, he somehow commands the audience to keep watching.

Halter Off is a racehorse story. But unlike Seabiscuit or Secretariat, there is no glamour here. It is a story of recovery. Jackson fell from grace as a trainer when addiction took hold and went to prison in 2010 for dealing cocaine. The film takes place in 2014, not long after his release. During the filming, he was banned from the racetrack grounds because of his past.

The race at the heart of the film is the West Virginal Breeders Classic with a $500,000 purse. If Jackson wins, he can keep his racing operation afloat. “If I can’t win races,” he says a few days before the Classic, “I can’t survive.”

Because of the timing, the big race gives the documentary a sharp urgency and it’s nearly impossible not to root for Angelo Jackson. By the end of the film, you will be screaming at your screen as Halter Off gallops down the track in the yellow light.