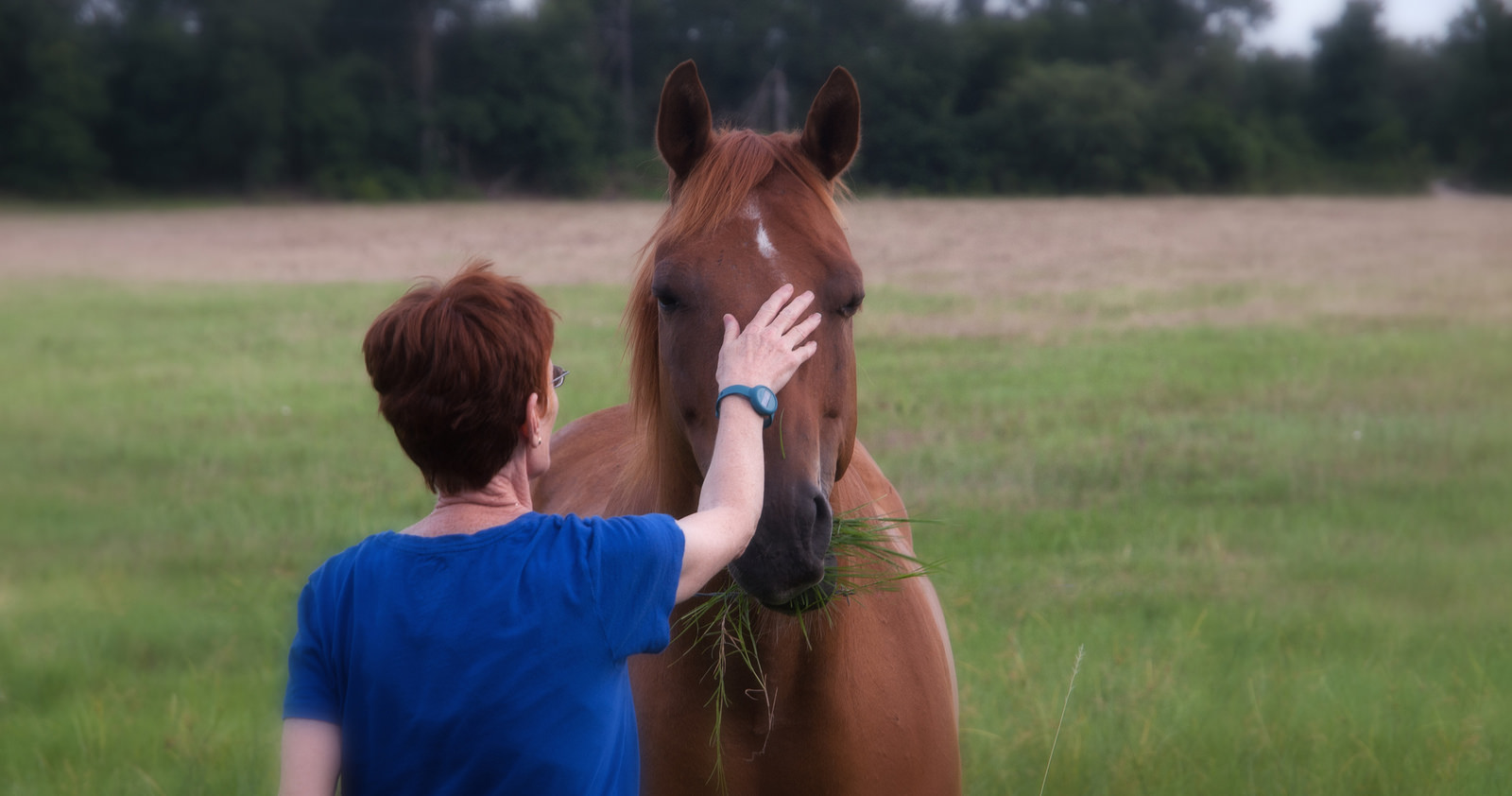 A Kentucky-based animal communicator has been banned from a prominent equestrian centre in Lexington after a rider was displeased with what her horse had to say.

Anna Sykik, who has worked as an animal communicator for more than 20 years, says she received a phone call from the barn owner telling her to never return to the farm following a tense exchange during one of her sessions last week.

Sykik had been called out by a boarder at the barn who wanted to know why her horse was difficult to catch in the field and why he had started bucking under saddle.

When Sykik approached the horse, she claims he immediately started airing his grievances. These included his dislike of leopard print polos, complaints about his feed and comments about his ever-changing tack.

“He told me that instead of changing bits and saddles every few weeks, maybe the rider needs to get a new pair of hands and a new seat. He also expressed anger at a low calorie diet she had recently put him on and suggested maybe it was her who needed to lose the pounds,” she said.

According to Sykik, the horse ended his rant by saying he’d rather catch the next meat truck than trot another poorly executed 20-metre circle. It’s the angriest horse the animal communicator claims she’s come across in all her years working in the field.

Sykik admits she was tempted to sugar coat the message, but felt it was her duty to be honest.

“I guess I thought my client wouldn’t ‘shoot’ the messenger,” said Sykik. “What’s the point of hiring an animal communicator if I’m just going to lie and say things like ‘he loves you and likes carrots?’

“This was a horse who was dying to give his rider a piece of his mind. I gave him a voice.”

The owner, who wished to remain anonymous, says that it wasn’t the message from her horse that was the problem, it was that Sykik promised her the session would enhance the relationship between her and her horse.

“Now that I know he dislikes everything I do, how can I go back to the way things were?” she said through tears. “I thought it was just a bumpy patch we were going through. They say ignorance is bliss and in this it case it was.”