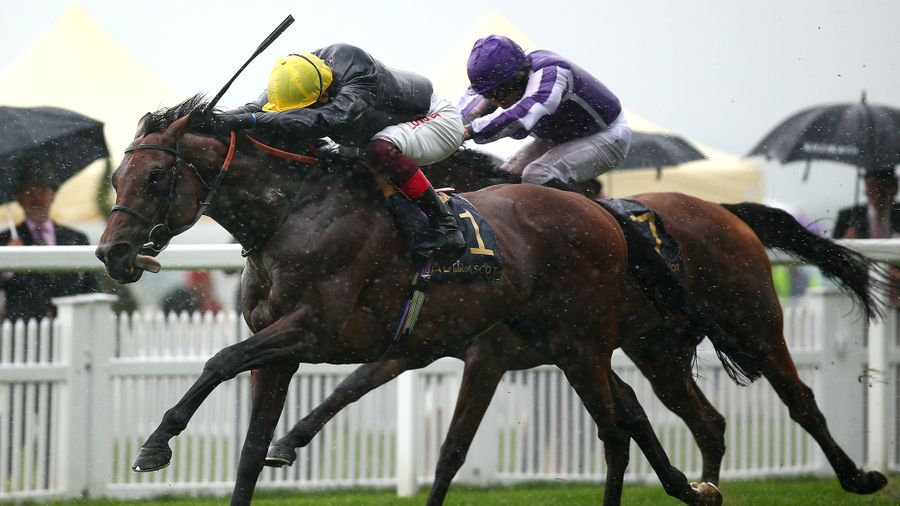 Crystal Ocean has been retired from racing after suffering a career-ending fracture of a hind cannon bone during morning workouts Thursday. There was no immediate information available on how exactly the injury occurred.

“Crystal Ocean has had two screws inserted in a hind cannon bone and has come through the surgery successfully. It should in no way affect his future stud career.

Stanley added in a later statement:

“He’s fine after surgery, he’s come through the operation and is up and about. At this stage the vet sees no problem at all in him heading to stud, but it is early days. Obviously it didn’t happen long ago, but the hope is that he makes a full recovery.”

After an initial loss, the five-year-old son of Sea The Stars (out of Crystal Star by Mark Of Esteem) trained by Sir Michael Stoute never finished worse than third in his 17-race, 8-6-2 career, racing exclusively in Great Britain. His 10-12 furlong wins all were graded with the highlight being this year’s G1 win in the Prince of Wales Stakes at Royal Ascot. He earned nearly $2.4 million over his career.

Crystal Ocean was an early third choice in this year’s Arc. His loss elevates Aidan O’Brien-trained Japan among competitors attempting to deny Juddmonte Farms-owned Enable her third consecutive Arc victory, a record. Expectation is her favored odds will harden. Enable is trained by John Gosden and guided by Lanfranco Dettori.