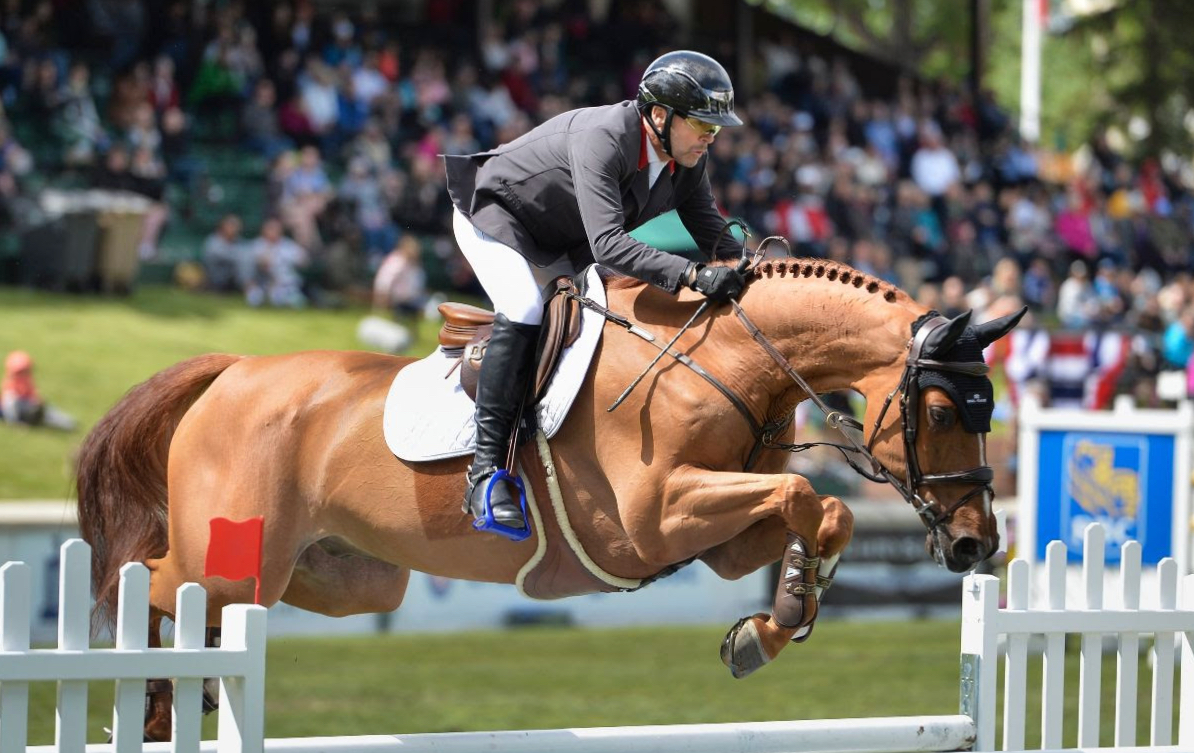 “At one point it was a dream for me to come back here [Spruce Meadows] and compete,” said Eric Lamaze (CAN), referencing the brain tumor he’s been battling for the past year and half.

On Saturday, the Canadian Olympic individual gold medalist proved—for the second time in a week—that he’s not in Calgary just to ride, he’s in the ring to compete. And win.

Aboard Chacco Kid, Lamaze topped a seven horse jump off to capture the week’s feature class, the RBC Grand Prix of Canada 1.60m.

It’s the third time he’s taken the title, after previously winning it with Hickstead in 2008 and 2010, and his second CSI5* victory of the National tournament so far, having also recorded a victory the Thursday’s PwC Cup 1.50m with Fine Lady 5.

World #1 Guerdat, the final rider in the ring, delivered a clear aboard his great mare Albruehren’s Bianca, but not the time. They crossed the timers half a second short in 46.96s to slot into second.

For Lamaze, Spruce Meadows most winning rider with more than $3million in career earnings, returning to venue may have been a “dream.” But winning is his reality.

“With the help and a lot of support from great friends, like Steve (Guerdat), my clients, staff, people around the world, the dream came true and this (winning) is just the icing on the cake.”